Although there’s some evidence that suggests women are more likely to be overthinkers than men (which is why I included an entire chapter about it my latest book, 13 Things Mentally Strong Women Don’t Do), the truth is, everyone overthinks sometimes.

Overthinking is a common issue I address in my therapy office. People often come to their appointments saying things like, “I can’t relax. It’s like my brain won’t shut off,” or “I can’t stop thinking about how my life could have been better if I’d done things differently.”

The link between overthinking and mental health problems is a chicken-or-egg type question. Overthinking is linked to psychological problems, like depression and anxiety.

It’s likely that overthinking causes mental health to decline and as your mental health declines, the more likely you are to overthink. It’s a vicious downward spiral.

But, it’s hard to recognize that spiral when you’re caught in the middle of it. In fact, your brain might try to convince you that worrying and ruminating is somehow helpful.

After all, won’t you develop a better solution or prevent yourself from making the same mistake if you spend more time thinking? Not necessarily.

In fact, the opposite is often true. Analysis paralysis is a real problem. The more you think, the worse you feel. And your feelings of misery, anxiety, or anger may cloud your judgment and prevent you from taking positive action.

Overthinking is also different than self-reflection. Healthy self-reflection is about learning something about yourself or gaining a new perspective about a situation. It’s purposeful.

Overthinking involves dwelling on how bad you feel and thinking about all the things you have no control over. It won’t help you develop new insight.

The difference between problem-solving, self-reflection, and overthinking isn’t about the amount of time you spend in deep thought. Time spent developing creative solutions or learning from your behavior is productive. But time spent overthinking, whether it’s 10 minutes or 10 hours, won’t enhance your life.

When you become more aware of your tendency to overthink things, you can take steps to change. But first, you have to recognize that overthinking does more harm than good.

Sometimes, people think that their overthinking somehow prevents bad things from happening. And they think if they don’t worry enough or rehash the past enough then somehow, they’ll encounter more problems. But, the research is pretty clear — overthinking is bad for you and it does nothing to prevent or solve problems.

Here are 10 signs that you’re an overthinker:

How to Deal With Overthinking

If you recognize that you tend to get caught up in overthinking, don’t despair. You can take steps to reclaim your time, energy, and brain power.

From scheduling time to worry to changing the channel, there are several mental strength exercises that can help you stop overthinking everything. 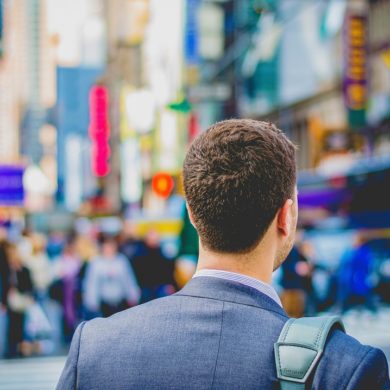 What Could Be Keeping You from Advancing in Your Career?
We use cookies on our site to give you the best experience possible. By continuing to browse the site, you agree to this use. For more information on how we use cookies, see our Privacy Policy
Continue