Do not tell us that you’re scared to say the wrong thing. 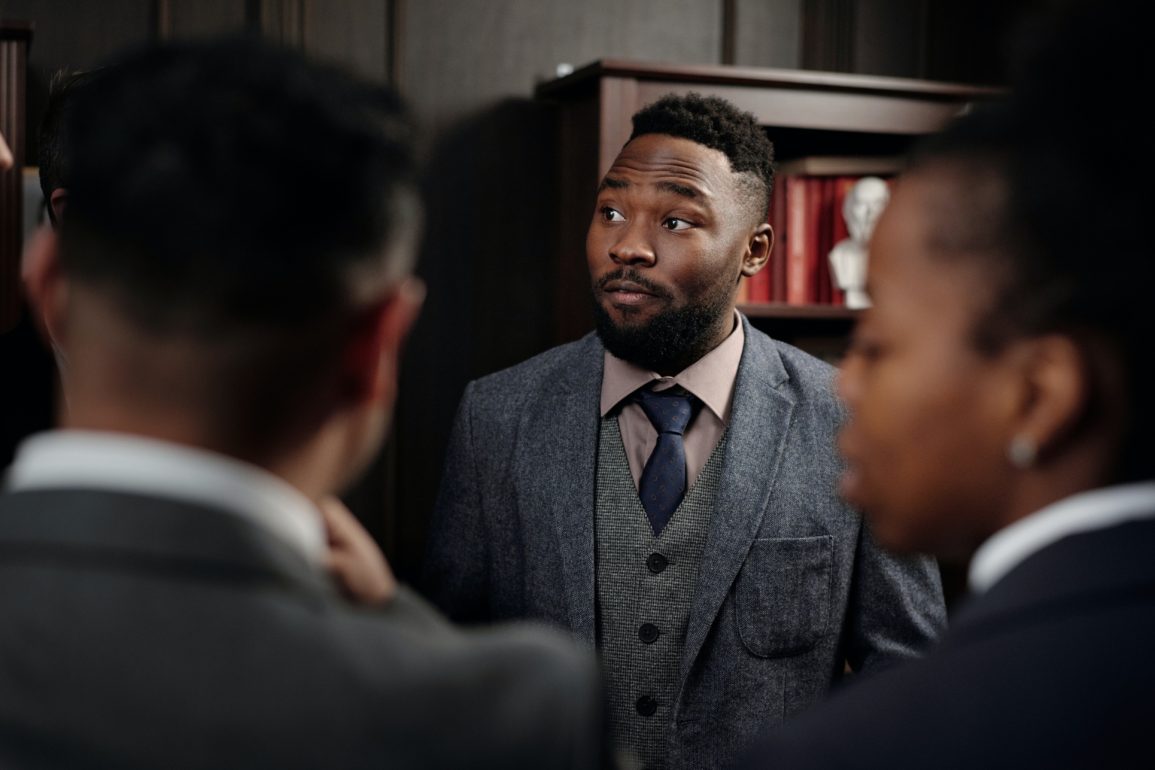 A week later, when the memorial service was streamed online, I tuned in with headphones, anxiously waiting, watching, and multitasking at work. The venue overflowed with mourning hearts. The news was buzzing. But, when I looked around my office, I was the only one watching. Everyone else, all of my non-black colleagues, were buzzing around the office, laughing, smiling, and taking care of their day-to-day responsibilities.

I wish I could properly explain what it feels like as a black person to watch other black people be killed for the color of their skin. Although it needs no explanation, it’s like driving down the freeway right after a deadly car accident and thinking, “That could’ve been me.” Except add the fact that the car accident happened because the person happened to be a certain skin color and “That could’ve been me” quickly turns into “That could be me, next.” The silence in that office that day felt like everyone else was driving by a deadly car accident, pretending they didn’t see the lights flashing, the cars flipped over and the lives lost.

Now, five years later, with George Floyd’s murder, along with the fatal shooting of Ahmaud Arbery, the killing of Breonna Taylor inside her home, and the blatant use of white privilege Amy Cooper demonstrated in Central Park, your black colleagues are still not ok. And, it’s even more clear that silence is not the answer.

But while silence isn’t the answer, here are three other things you should not say as your black colleagues, clients and employees grapple with the recent string of traumatic events.

Do not tell us that you’re scared to say the wrong thing.

Telling us that you are scared to say the wrong thing is inadvertently asking us to help you figure out what to say, which is unfair. For many black people, the past few days have been filled with endless conversations with family and friends about racism and the impact it’s having on our mental state. Some of these conversations are involuntary, like the black mother and white father who had to sit down their 6-year old twin daughters and explain to them why someone might want to harm their mom—or them, because of the color of their skin. Yet, these painful conversations are conversations we must have.

We do not have the personal luxury of keeping quiet in fear that we might say the wrong thing, nor do we have the mental capacity to help make sure you say the right thing. Instead of telling us you’re scared to say the wrong thing, tell us about the conversations you’re having with your non-black family and friends despite that fear. Show us that you are at least saying something—and not only to us.

Do not tell us, “I hope things change soon.”

Please do not say you hope things change soon or any other vague phrase equivalent to “Sorry for your loss.” I know you mean well, just like every single person does when trying to do their best to console the mourning and grieving. But, now is not the time to mean well. Now is the time to do well. As activist and community organizer Leslie Mac explained in a recent Refinery29 article, “The goal is not just to have people learn about white supremacy, but to understand how their personal lives support it.”

Rather than telling us that you hope things change soon, tell us what changes you’re making in your personal life to change things. What steps are you taking to become a stronger ally? What things are you unlearning about yourself? What are you saying to your racist friends and family members to ensure they recognize the intentional, or unintentional, prejudice in their words? What ways are you supporting the fight against racism? The real work is uncomfortable but it’s this uncomfortable work that creates the change we all hope to see soon.

Do not say or expect things to be normal.

Your black colleagues and employees are exhausted, mentally drained, frustrated, stressed, barely sleeping, scared, and overwhelmed. Black people, especially black corporate professionals, have learned over the years how to smile, how to show up, how to make others feel comfortable, how to appear “fine,” but you should know that we are far from fine. We will still perform. We will still attempt to smile. We may even crack a joke. But, know this is all a part of our coping mechanism. We are not ok, and there’s a part of us that pains us when we see our non-black colleagues and employers unscathed by the very emotions that seem to be drowning us.

But again, we will still show up. We will still get things done, mostly because that’s what we know how to do. However, as a non-black colleague, the best thing you can do for us is to be aware that life is not normal for us right now. We do not want a pity party, we want your support, your voice, your empathy, and your action.

Adunola Adeshola coaches high-achievers on how to take their careers to the next level and secure the positions they’ve been chasing. Grab her free guide.