Do you make eye contact with people or do you avoid it & look down? 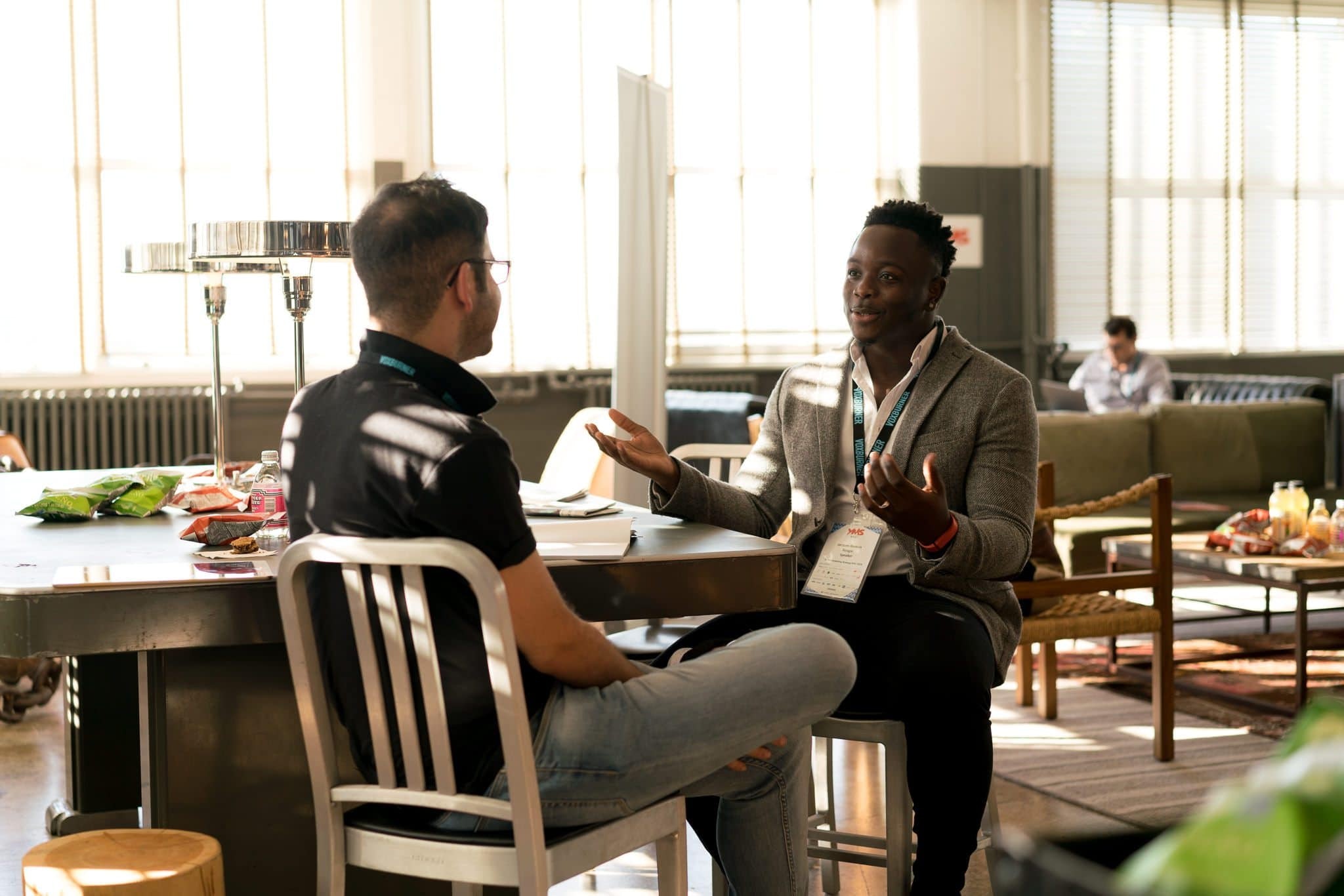 Ever since my late teens, I’ve enjoyed having complex, laugh-out-loud conversations with people, whether we’re in line at the deli, sitting together at the bar, or just standing at a “don’t walk” sign. Cab drivers, ticket vendors, airline agents were also not out of my cross hairs. I love making small talk.

Most of the time, I come away from these conversations with a smile on my face.  My day has been made! I’m pretty sure I brightened up the days of those with whom I’ve chatted. I know because their faces are always beaming.

I must’ve gotten it from my dad. My dad always chats with everyone. He makes conversation with every person who crosses his path. He also sang loudly at church. That bit embarrassed me. But the chatting with strangers bug I caught. (I do sing loudly in the shower, though.)

Disclaimer:  Do not talk to strangers if you’re under 16!

Remember that if you feel nervous to start a conversation with a stranger than they are likely feeling the same way. Maybe even worse.

There’s tons of stuff out there about how horrifying small talk is. Did you ever see the Curb Your Enthusiasm episode on the Stop & Chat? Larry David hated stopping & talking to people about nothing. (I thought that was hilarious!) This is an article about small talk & why introverts hate it.  In this article the author states:

“The truth is that small talk allows two people to have an entire conversation without really getting to know each other.”

That’s the pervasive misconception of small talk–that you’re supposed to say superficial things & never learn anything about each other. This couldn’t be further from the truth! The truth lies here:  3 Steps to Amazing Small Talk & here:  Making Small Talk with Ease. These two articles discuss how to establish strong relationships before you get the stats. The crux is that you should talk about how you feel about a situation or a thing–stuff that people can relate to looooong before you get onto, “What do you do?” “Where are you from?” Those topics lead to a boring brick wall and you’ll avoid eye contact with that person next time you see them. Awkward.

The pervasive misconception of #SmallTalk is: ur supposed to say superficial things & not learn anything about each other.

So making small talk should have a good name!

Kindness is what we need in the world today. The easiest & simplest way to be kind is to smile at someone & wish them well. Who knows? Maybe that person is suffering & you’ve just made them feel great. It’s a gift you can give to others making you both feel great.

Obviously in a huge crowded city you can’t make eye contact with everyone you meet, but when you’re on line at the deli you can easily smile & say, “This place makes the best chicken cutlets.” or “I love your necklace!” The first utterance will cause your listener to tell you what they love about that deli and the second will likely generate an explanation about the necklace. “Thanks. I got it in Mexico on my honeymoon.”

The easiest & simplest way to be #kind is to smile at someone & wish them well. #BeKind

Just remember that if you feel nervous to start a conversation, chit chat, or make a comment to a stranger than they are likely feeling the same way. Maybe even worse.

Speak kindly on social media, too! We make small talk with strangers all the time. Respects others’ opinions. Debating is great but do it without hate. Debate to come to a better conclusion.

Since there’s such a pervasive misperception about making small talk or chit chat, most of us don’t know how to do it. Remember that if you feel nervous to start a conversation, chit chat, or make a comment to a stranger, then they are likely feeling the same way. Maybe even worse.

So focus on your simple intention: You’re just trying to make their day a little nicer. Diverting your attention onto them instead of worrying about yourself can help with nerves. When it’s done correctly, we can establish strong relationships that last. This is why I want you to have an arsenal of anecdotes. After practicing them a few times it’ll be easy enough to come up with your own awesome (very) short stories on the spot and engage with new friends with ease.

Be Mindful of Time

No time for making small talk? When you see someone you know & you don’t have time or the desire to talk don’t say, “I have to run & pick up the kids!” Or “I have to go take a shower!” Nobody cares what you have to do & it’s possible they have to take a shower & pick up their kids. Don’t be presumptuous, and watch for body language cues, such as fidgeting or glancing at a watch or clock, that suggest the person you’re talking to might be in a hurry.

Here’s what you do:

Offer your hand or fist bump say, “Hey! So great to see you! What a great time we had last time! Let’s do it again soon.” or “How was the graduation? I was thinking of you all!” All while you’re still walking away like Larry David. 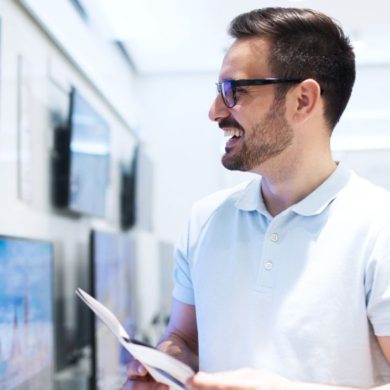 In-Store Marketing Ideas to Increase Sales
We use cookies on our site to give you the best experience possible. By continuing to browse the site, you agree to this use. For more information on how we use cookies, see our Privacy Policy
Continue