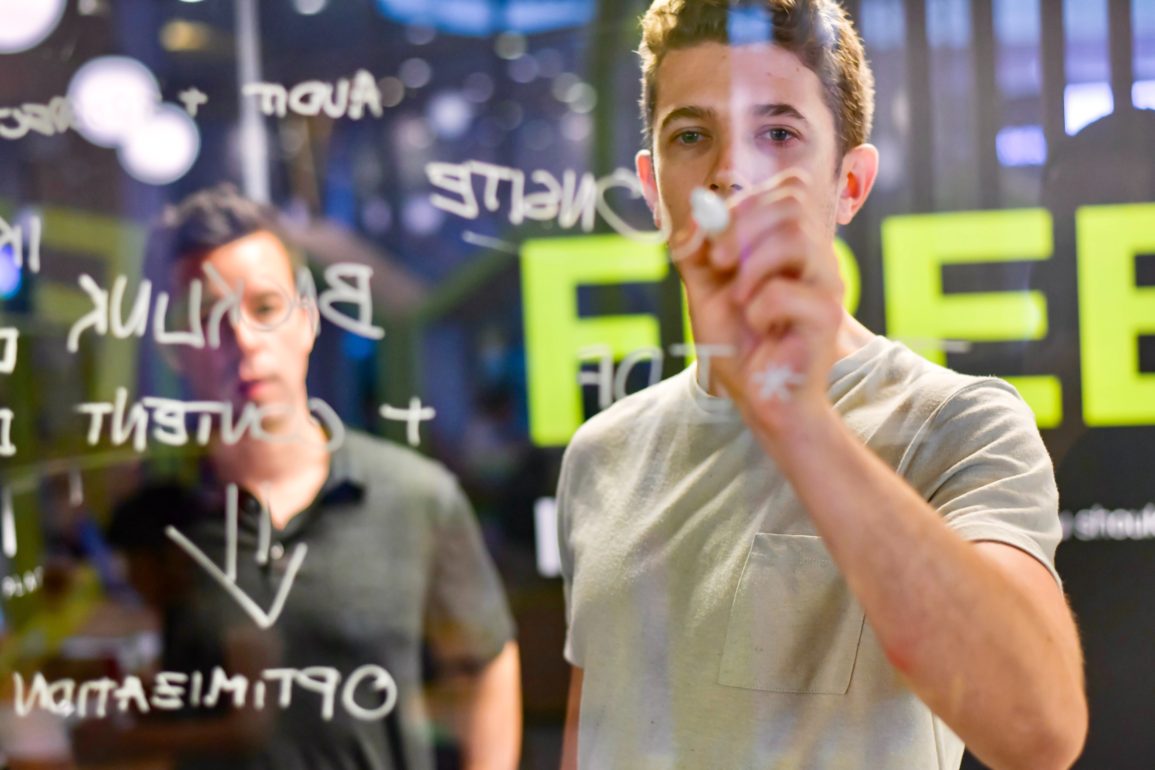 ‘‘a sense of confidence that the team will not embarrass, reject or punish someone for speaking up. It describes a team climate characterized by interpersonal trust and mutual respect in which people are comfortable being themselves.’’

Today, U.S. workers hunger for a culture of trust. 89% of adults say it is essential for today’s business leaders to create a safe and respectful workplace.  This rejects the overly hierarchical culture of aggression and fear experienced in many offices.

The Power of Fight or Flight

Facing a challenge at work (think, learning a new skill) is different than facing a threat, such as a boss who publicly shames his staff. When we are rebuked in front of our teams, our bodies go into fight or flight mode. The amygdala – that ancient part of our brains – believes social rejection threatens our very survival.  This is why offering up a novel idea or asking questions in a meeting can feel like walking off a cliff.

Fear at work has negative implications.  Businesses that do not prioritize the psychological safety of its employees risk the following:

These repercussions lead to lower productivity – and profits.

To quote the Dalai Lama, people are human beings, not human doings.  They don’t want to leave their vulnerability, empathy, and feelings behind when they come to the office.  They want to bring their full humanity.

Psychological safety is the shared belief among our colleagues that it’s ok to be vulnerable.  In teams, this means safety from social threats like being labeled negatively or ridiculed or punished with demotion for taking a risk.

Being vulnerable at work means we speak up, take chances, and admit we don’t understand something.  Authors Liz Fosslien and Mollie West Duffy, in their book No Hard Feelings: The Secret Power of Embracing Emotions at Work, encourage this unique idea: “Suggest a bad ideas brainstorm” in order to encourage out of the box thinking.

The freedom to be vulnerable has many benefits for employees and businesses alike:

Still, there is some resistance among top tier leaders to prioritize psychological safety.  One HR executive, responding to a request to run a workshop on psychological safety responded: “We can’t put this forward. There are people at the top that will feel extremely threatened by this”.

Today’s employees look to their leaders for cues about which actions are rewarded or punished at work.  As a leader, it’s up to you to reject retrograde beliefs about playing tough, rewarding the loudest voice, and exalting the status quo.  Psychological safety is not a fad.  Nor is it simply about being “nice.”  It goes beyond fostering an environment of politeness, which makes people feel good in the short term but doesn’t necessarily foster long-term growth.  Rather, psychological safety is about allowing each voice to be heard and have impact.

Consider this: Project Aristotle was an initiative Google began in 2012 to understand why some of its teams thrived while others sputtered. The deep-dive study (over two years, including 180 teams and more than 35 statistical models) found that without psychological safety, high-performing teams are impossible.

If everyone in the room can take risks without fear of judgement or retribution, imagine the ideas you as a leader could harness.

Leaders can take these 6 steps to encourage psychological safety:

Paul Santagata, Head of Industry at Google, put it succinctly: “There’s no team without trust.”