Rank the Situation and Learn 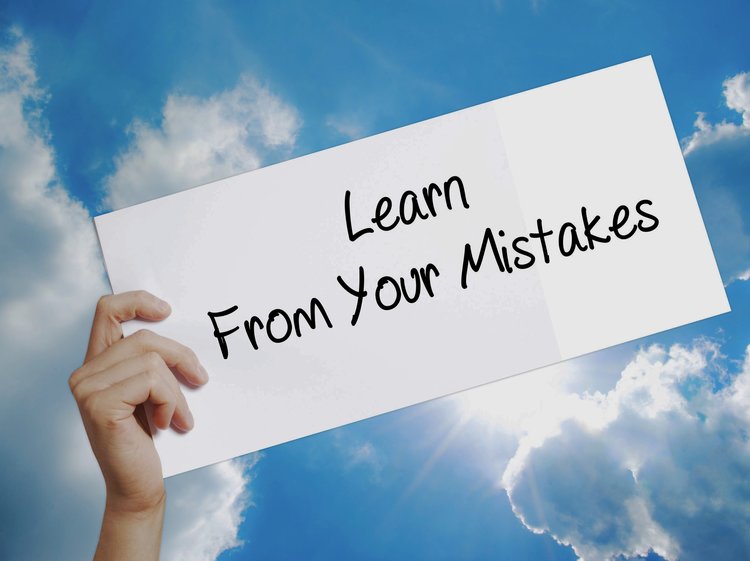 When we make mistakes, more often than not, we are our own worst enemies. We self-chastise and berate ourselves on things that may not have even been in our control.  This is why I recommend ranking the severity of the mistake on a scale from 1 to 10 with 1 being as minor as a cursing aloud and 10 if your action caused a nuclear war. Assess where your mistakes fall the most.

By doing this, we come to realize that, in most cases, our mistakes are just mistakes, not failures. They are learning experiences, which, on average, are only ranked about a three or a four. There’s a dangerous habit in stewing on mistakes without learning from them and moving on. We always have a choice. We have a choice to beat ourselves up, or we have a choice to decide to learn from the experience and move forward.

How I Learned From My Own Mistake

One of the worst mistakes I made was while I was serving in my first management role. My director reached out to me and asked that I work with my peer management team in order to collect the global performance reviews for the department. This involved organizing sensitive reviews for hundreds of employees. Because I was new to my role, I thought, “Wow! That’s great. He trusts me with all this information.” So, I began collecting. I even went one step above what he asked and accumulated the performance reviews of not just the current year but the previous three years for every single employee in our entire department. I edited the Excel document, made it perfectly clean, and created the e-mail to send.

The second I clicked the button, I realized that I sent it by mistake to my own direct reports instead of the management team, which means that my team got access to everyone’s performance globally. Yeah, I started praying to God to make me disappear. I felt frozen I couldn’t do anything to stop it from going. The seconds that followed felt like hours.

As I ranked the incident in my head from 1 to 10, my mistake felt like a 15. It was worse than causing a nuclear war, and I knew the situation had the potential to get real bad. I immediately contacted my team and directed them to not open it. I also contacted HR and reached out to my director. But, because I had a great relationship with all of them, things worked out in the end.

Now I look back and laugh about it. It was an amazing learning experience. I was able to build even stronger relationships with my team and manager because of it. Do I want to experience the situation again? Absolutely not. But, it served as a lesson in paying attention to detail and focusing on the importance of building trust in work relationships.  I wasn’t fired; nothing bad happened, and I’m still here today to reflect on it and even laugh.

What about you? What situations did you initially think were horrible mistakes, but then you were able to transform them into learning opportunities?