By Vunela
In The Talks
13 min read

Andrej Kiska is the President of the Slovak Republic. He is Slovakia’s first president since independence in 1993 without a past in the Communist party.

In the early ‘90s, Kiska migrated to the United States to seek better opportunities. What he found instead was a string of low wage jobs; he first worked as a construction laborer and then at a petrol station. Eventually he returned to Slovakia. With a desire to be his own boss, he founded several companies, the most successful of which were Triangle and Quatro. During their existence, these companies provided financial services to more than 1 million people and became the most successful hire-purchase companies in Slovakia.

After 10 years of running businesses, Kiska sold his entire stake in these companies to VUB Bank. In 2006 he decided to dedicate his time to charity and founded the Good Angel, a charitable organization that works and raises money for terminally ill children and their families.

In 2012, Kiska decided to run for president as independent and non-partisan candidate and has been the President of the Slovak Republic since 2014. Kiska is the recipient of many awards including the Trend magazine award Manager of the Year, and the Crystal Wing for philanthropy. Lan Anh Vu sat down with Kiska to learn more about his journey, how he made the transition from entrepreneur to philanthropist, and his running successfully for President.

My parents observed one rule: whenever they had any problem, the children must not be present. They sent my brother and I away from the room and they solved the problem. I have never seen my parents quarrel.

My father was a physics and math teacher, who influenced and led to my decision to study electrical engineering at the Slovak Technical University in Bratislava. I finished university at the age of 23. Then I fulfilled my duty of one year in the army and I got a position as a teacher and computer programmer at the army university. After the army, I got married and worked as a design engineer at Naftoprojekt company in Poprad.

Communism collapsed in 1989. I started to think how to create a better standard of living for my family. So I decided that I would work in the United States as an engineer. I sent out 100 of my CVs to companies, but received no reply. Later on, a friend suggested I go to the United States and find a job directly. In 1990, I went to the United States and stayed in a village near Philadelphia with a friend of mine. There were thirteen people in that little house. There were no beds, only mattresses on the floor, with no air conditioning and cockroaches crawling everywhere. It was a terrible condition.

I tried to earn money for a living, so I started to work as a construction site handyman, and later as a shop assistant at a petrol station store. Meanwhile, I tried sending CVs everywhere, but got negative replies. For almost eight months without a day off, I worked 100 hours a week for $4 an hour. Each Sunday I called home to speak with my wife and son. My daughter was born; I did not get to see her. I then wept for a while.

After a year and half of living in such a condition, I had enough and realized that the American dream was not for me. I decided to return home. A small trading firm had decided to open a branch in Europe. They approached me and offered the position of Director of the branch. But they asked me to purchase two percent of their shares on the grounds of loyalty. So with almost all the money I earned, I bought their shares and returned to Slovakia.

Roughly six weeks later, the company went bankrupt. I lost almost all my savings and I had no job, with a family to support. I was 29 at that time. One thing I learned from the Americans during my time there was the desire to be your own boss. They were not afraid to leave a job and set up their own business. They took their life into their own hands. And so I decided to try my hand at setting up a business. In 1992, I established my first company with my brother and cousin. We opened several companies in Slovakia, Hungary, Czech Republic and even in the United States. Eighty percent of them went bankrupt, but the rest worked relatively well such as the financial companies that bought household appliances at wholesale prices, then offered consumer loans so buyers could purchase them in installments. The businesses grew from 4 to 500 employees, with huge turn over profits of millions of Euros per year.

I ran the businesses for more than 10 years. As I became more successful, I started questioning myself. What was the purpose of life? I realized that I had a moral duty; if you become successful then you must try to give back to society and help those who most in need.

I told my business partners that I wanted to sell my entire stake in the companies and devote myself to charity work. Eventually, we sold our companies to VUB Bank. In 2006, with a friend I founded the Good Angel, a charitable organization. We had a rough start; it was not easy to gain people’s trust, but now we are one of the most highly respected charities in Slovakia.

Visiting children centers and hospitals, I often saw that children died because our country did not have a good health care system and families got into financial difficulties because of the illness. I also saw corruption, such as doctors asking for 1000 EUR to operate on the brain tumor of one child. The family did not have the money. So I started thinking about how I could help. As Gandhi said, if you want to help people, you have to become a politician. Seeing these issues and problems, I decided to become a politician. I got so much from life, it was my moral duty to help others and my country. I started working on the campaign, visiting towns, and telling people my life story and why I want to become a politician. In 2014, people elected me as President.

My biggest challenge was returning home from the United States. There were many difficult steps from the beginning. I had encountered many failures, but those failures became stepping stones to later success. If you look at a successful person, you usually see only the success, you cannot see how many times they failed. If you want to be successful, you cannot be afraid of failure because those are a part of each success. If you fail, you have to stand back up. I always have a plan B in my head. If my main goal does not work out exactly the way I intend, then I have a plan B, something I can fall back on. 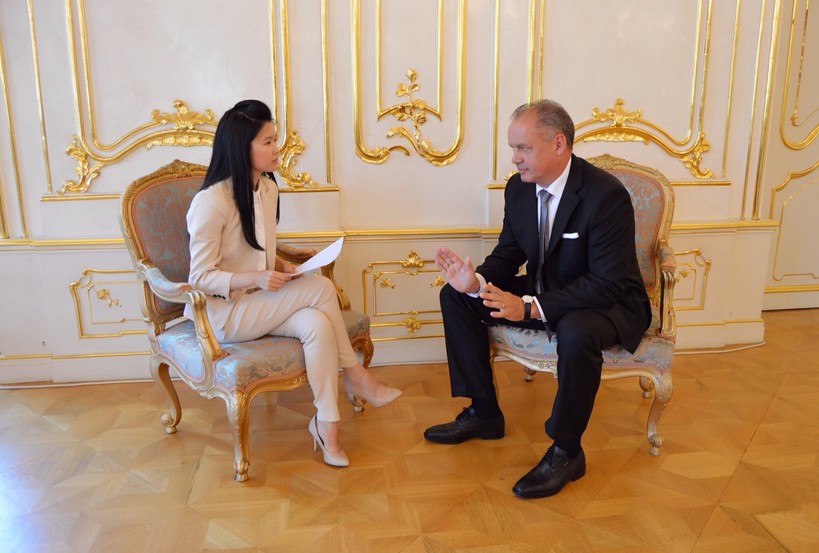 I often see chief executives in big companies who are too interested only in themselves and are not interested in other people. They are not ready and do not want to listen. When I started running for President, I met about fifteen people I trusted and asked them for their advice and opinions on whether or not I should run for President. Before making any important decision, I always seek other people’s advice and opinions, strong individuals who are ready to be open and tell me whether this is good or not. I am a typical team player. I am a person who has a lot of ideas, but am ready to cut these down after discussions with people. So the core ingredients of good decisions are to have a good team, good people around you.

Finding talent is an important task; the toughest part of being a leader is making sure you have the very best people working for you. Because you cannot get it all done yourself. I always try to find a team of people who share the same vision and philosophy, and it is even better if you can find people who are smarter than you. 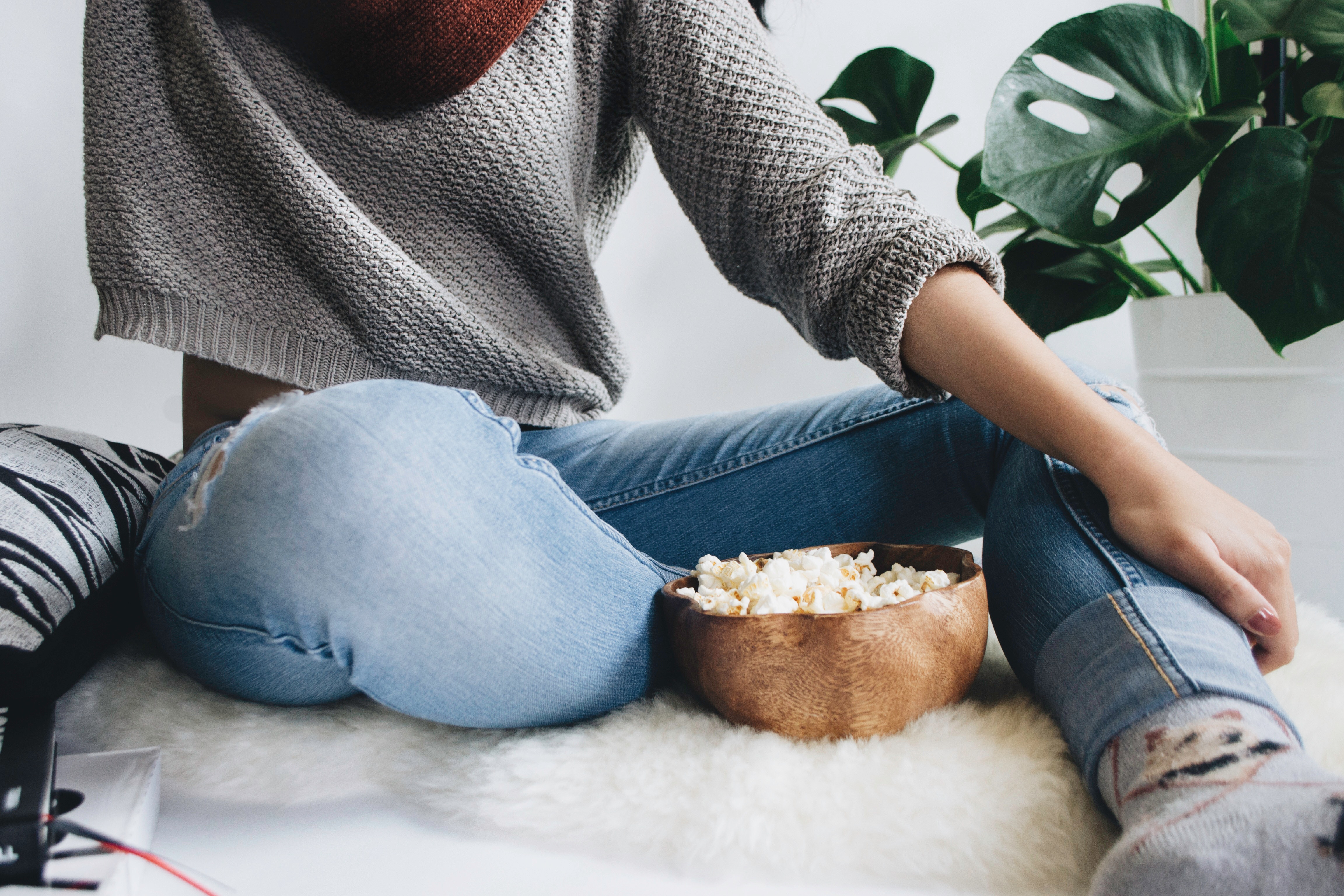 To Separate Yourself, You Need to Do More Than Just Sell the Product
We use cookies on our site to give you the best experience possible. By continuing to browse the site, you agree to this use. For more information on how we use cookies, see our Privacy Policy
Continue