Long gone are the days when you choose one career path and do that for the rest of your life. Even when you’re the best at it. Enter Bobbi Brown, famed cosmetics mogul who’s now in a new act of her career after selling her brand (and namesake). Aptly named, Brown’s new company Evolution promotes “beauty from 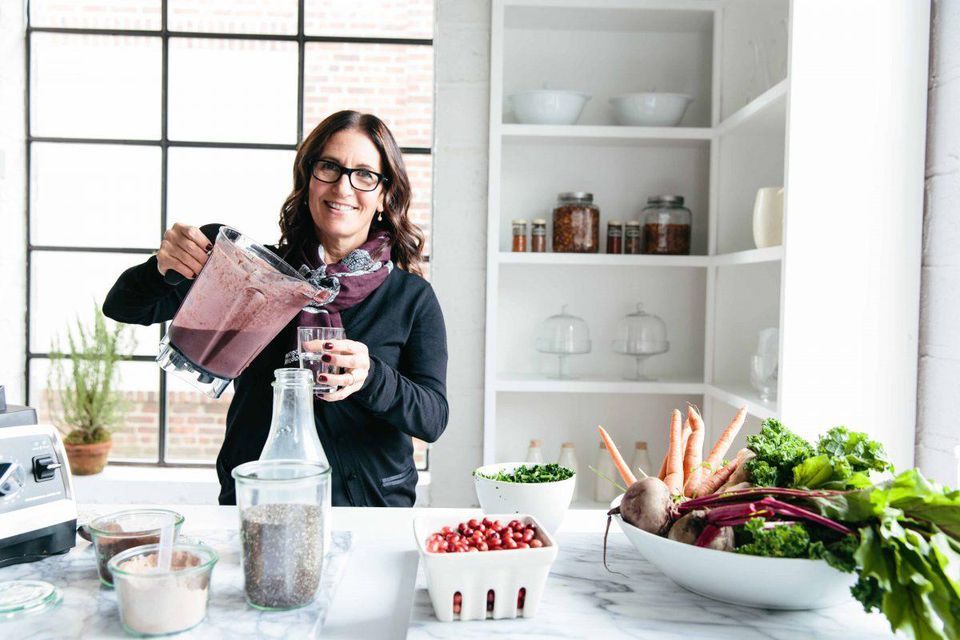 Long gone are the days when you choose one career path and do that for the rest of your life. Even when you’re the best at it.

Enter Bobbi Brown, famed cosmetics mogul who’s now in a new act of her career after selling her brand (and namesake). Aptly named, Brown’s new company Evolution  promotes “beauty from the inside out”.

Brown and I discuss branding, market feedback, reinvention, support, the lessons she’s learned along the way, and well, evolution, of course.

Darrah Brustein: What insights can you share about your experience expanding outside of what you’d become famous for, beauty, into another complementary arena, wellness?

Bobbi Brown:  Well, as different as the two categories are, there are a lot of similarities. So, building a brand is a combination of knowing what you believe in, what you want, how you want it to be seen, and, whether it’s beauty on the inside or beauty on the outside. So, it’s really fun to be able to do something different from what I really was experienced doing.

Brustein: “Evolution” is the name of your new brand. What does evolution mean to you?

Brustein: Your first brand was built as your namesake and your new brand is not. For anyone who is toiling over how to name their business, can you share some of the pros and cons of each?

Brown: I don’t own my name anymore. I sold my name, which is a very interesting thought. The biggest pro is that my brand was a reflection of who I was, what I believed in, and how I lived my life. There’s a lot of responsibility with that. Authenticity is the most important thing to me, so that became a pillar of it. One of the cons is that I was the one who always had to be front and center promoting it, so it required a lot of work on the outside, not just on the inside.

Brustein: This new endeavor came from a place of curiosity after you spent 25 years listening to the needs and challenges of your customers. As your company grew, how did you remain so connected to the end user?

Brown: I’m someone who is very curious, and I really like people and like to learn from them. I also like to teach. So, being a people person, it was easy for me. I loved talking to the makeup artists as much as I love talking now to people on social media. It’s kind of becoming a full-time job, talking to people online. But it’s honestly the best market research out there.

Brustein: When people think about their relationships, they often overlook those with their customers. In your case, you credit them for helping you catalyze this next chapter. What did you learn from this?

Brown: When I started the cosmetics brand, the people that really gave me the most information about what they liked and didn’t like were nannies. They were the women I would meet in the park from other countries. I had a young baby at the time and I realized that people from different places in the world had different skin colors and different lip colors and they were pretty much my sounding board. I learned that I love listening to real people’s feedback more than I love to listen to a table of marketing people with MBAs.

Brustein: Your grandfather, Papa Sam, lived in a way that has inspired your success. Can you tell us more about that relationship and what you learned from him?

Brown: I used to watch Papa Sam, who came to this country from Russia, not knowing anyone and built his way up until he opened up his own car dealership. I saw the way he treated  not only the new customers, but also the customers that were lifelong, his employees, the guys who were fixing the cars, and the mechanics. Being a Midwest girl from Chicago, it gave me the footing I needed. I also loved that Papa had such big eyes about things that could be done. He had a very positive outlook and every time I’m in some kind of situation, “What would Papa do?” I walk through the White House and Obama says ‘hello’ to me. I’m like, ‘Papa Sam, you hear that?’ He’s a big part of everything I do.

Brustein: I believe that one relationship can change the trajectory of your life and you’re the perfect example of that. Please share about your experience in that fateful elevator in the 80s.

Brown: I’ve had a couple of very bizarre situations. One was in an elevator and I said, as I always do, ‘hello’. And the girl said ‘hello’ back to me and I don’t know why, but I said, ‘What do you do?’ And she said, ‘I work at a cosmetics lab.’ I said, ‘Oh, I’ve been looking for a lab, I have an idea.’ I met my first chemist through her. She worked at the company that made my lipsticks and that was pretty crazy. I once was on a beach and said hello to someone and what do you do? She’s a book agent. And I said, ‘I’ve always wanted to write a book.’ That was my first book. I once was at a book signing and was talking with this really adorable, red-headed grandma who said, ‘You’ve done so much, is there anything you want to do with your life?’. I replied, ‘I’d love to be on the Today show.’ And she said, ‘Honey, Jeff Zucker’s my grandson,’ and so she called up Jeff and that’s how I became a regular on the Today show.

Brustein: The role of a partner or spouse is often neglected as a key to someone’s success. Please tell us about your husband Steven and the role he’s played in yours.

Brown: It was love at first sight. I met him after coming out of a 12-year relationship and it was meant to be. Honestly, I was a makeup artist and he a businessman, and for anyone that’s creative, you always need someone to help you come down, get your feet on the ground, and build a foundation. As someone who’s a developer and a businessman, he’s always been the one that has helped me build this foundation. As challenging as it is working with a spouse, there’s good days and bad and good and bad moments, but he is definitely the one who has helped me achieve the success that I have today. We are partners on everything, I depend on him for everything.

Click here to access a masterclass with Deepak Chopra and me on creating a more meaningful life. It comes with a guided meditation!

This article was originally published on Forbes.