Bracing for the Winter Blues

Is it just the “winter blues” or a more severe case of seasonal depression?

A change in season almost inevitably brings a change in mood for approximately 5 percent of the population. Although this occurs in spring or summer for a small number of people, seasonal-related mood disturbance is significantly more prevalent during the winter months. This makes sense, given winter’s shorter days, greyer skies, decreased sunlight, and lower Vitamin D production, not to mention the painfully bitter cold in many parts of the country.

The description alone can be enough to put a damper on one’s mood. Commonly known as “seasonal affective disorder” (SAD) or “winter depression,” seasonal-related mood disturbance is in fact not a standalone diagnosis; it is a subtype of clinical depression.

According to researchers, SAD is four times more prevalent in women than in men. In North America, it is more prevalent than in those who live farther from the equator. Factors such as climate and genetic vulnerability also play a more important role.

Clinical Depression vs. “The Blues”

Many of us are affected to some degree by changing weather patterns. But how do we know if what we are feeling is simply the “winter blues” or something more serious?

According to the Diagnostic Statistical Manual of Mental Disorders (DSM-5), to qualify as a clinical disorder, the depressive episodes must occur and end at the same time of year over at least two years, with the number of episodes being greater than non-seasonal episodes, and when symptoms become disabling or begin to interfere with relationships and day-to-day functioning.

Some symptoms of Winter Pattern SAD include:

First Aid for the Winter Blues

If thinking about the coming winter months induces anxiety you are not alone. Just as we prepare for an impending storm, there are several steps that we can take now to lessen the impact once seasonal depression hits. Below are some things to have in your emotional “first aid kit.”

When we feel sad or depressed, staying home and isolating may provide a temporary sense of relief. However, avoidance only reinforces negative habits, making it harder in the long run to recover. Once depression sets in, it can become more difficult to motivate yourself to do anything.

Plan a trip; sign up for a class or a workshop. By making plans in advance, whether you follow through on them or not, you are increasing your chances of getting yourself out of the house and isolating less.

Give friends and family a heads up. Ask them to check in on you over the next few months, before the dark days and subsequent mood shifts set in. Being surrounded by positive social supports can ward off some of the symptoms of depression, seasonal-related or not.

Furthermore, when recruiting supports, you may be surprised to learn how many others are struggling with the same issue. They may need your help as much as you need theirs. Giving support can be as rewarding as it is helpful.

According to the National Institute of Mental Health (NIMH), some seasonal variation in our moods makes sense given the fact that “living things have evolved to change with the seasons.” Shorter daylight hours—thus, less light—affects our circadian rhythms, the “internal body clock” that determines biological processes such as sleep and appetite. Regulating the circadian system helps to promote better mood and health.

The American Psychological Association (APA) recommends getting outside as much as possible during the daylight hours or sitting by a window in order to soak up as much sun as is readily available. If it is feasible, taking a vacation to a warmer climate during the winter months can be a nice break. A little bit of light can go a long way. Speaking of light. . .

Bright light therapy, or phototherapy, is one of the most commonly prescribed solutions for symptoms related to SAD. Since light is activating, it may give us a boost in energy and motivation, especially when used in the morning. Working with a clinician is recommended to determine the correct accuracy in dosage and timing.

Numerous studies have shown the effects of exercise on depression to be comparable to those of antidepressants. However, in the midst of a depressive episode, when simply getting out of bed can feel like a task, going to the gym can seem like an impossible goal.

Thankfully, exercise does not have to be strenuous and time-consuming to be effective. According to a study by the Cooper Research Institute in Dallas, walking 35 minutes, six days per week, reduced levels of depression by 47 percent. This same study showed that as little as three hours of regular exercise a week “reduces the symptoms of mild to moderate depression as effectively as antidepressants.” So, kill two birds with one stone by getting outside during daylight hours and taking a 35-minute walk.

Along with exercise, meditation and other mindfulness practices have proven to be effective strategies for coping with depression. Joining a meditation community or signing up for yoga classes can be a way to hold yourself accountable while being accountable to others. It is also a way to avoid isolation and potentially meet new people.

If you are prone to episodes of depression and are not already in therapy, now may be a good time to consider it. Why suffer alone when professional help is available?

Therapy is different from a trip to the doctor. It is not a quick fix, despite what some managed care companies would like you to believe. There is no shot for depression. Antidepressants can be immensely helpful in severe cases, but even those are not a “one-shot” deal. Why wait until the storm begins to embark on the sometimes arduous journey of finding a therapist?

It is never too early to begin staving off the winter blues. Whether you are prone to episodes of seasonal-related clinical depression or a less-severe case of “the blues,” by making plans in advance and beginning a routine while you are still fully functioning, you will be helping your future self.

Start typing to see results or hit ESC to close
leadership self improvement Management Career Advice life lessons
See all results
Login with ajax is not installed (or active). To use this feature, please install it. Alternatively remove this icon from this location in Zeen > Theme Options.
More Stories 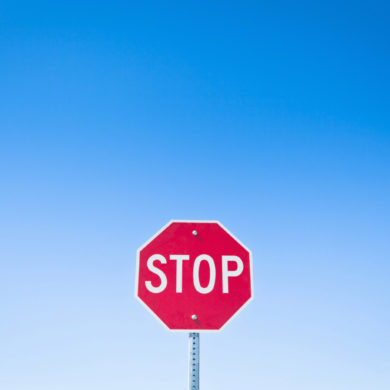 7 Things You Should Stop Saying to Yourself
We use cookies on our site to give you the best experience possible. By continuing to browse the site, you agree to this use. For more information on how we use cookies, see our Privacy Policy
Continue