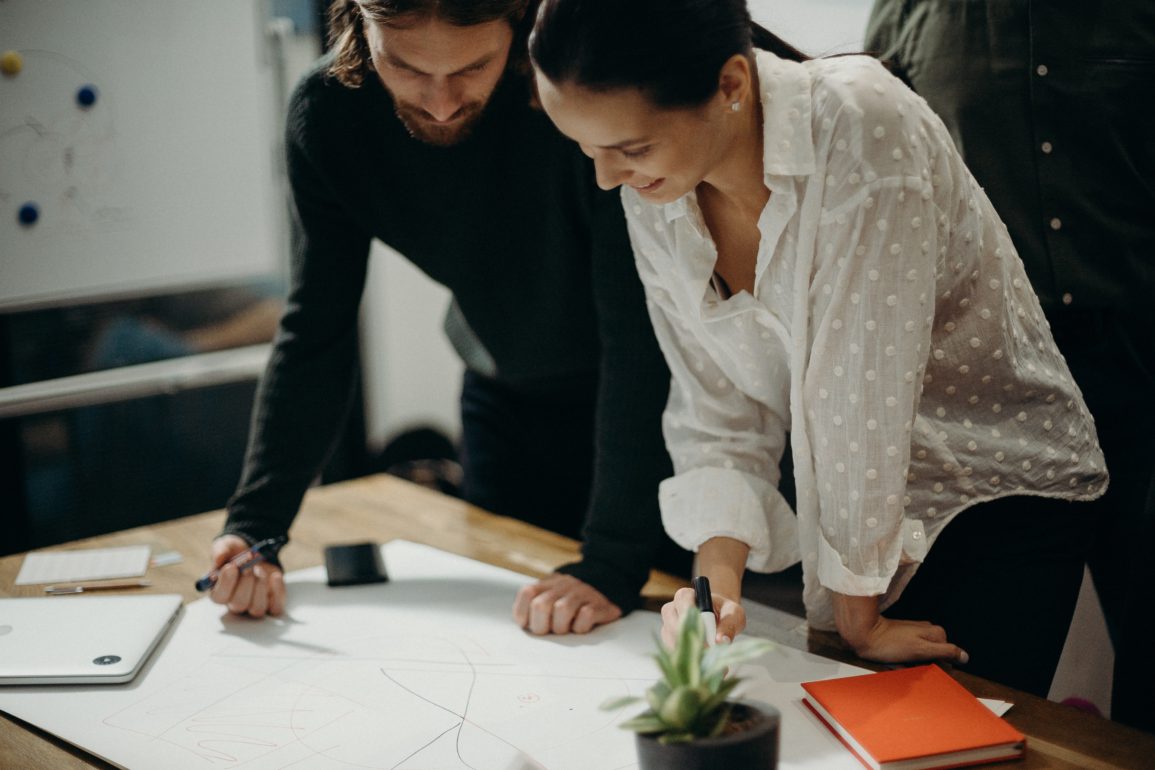 Little wonder also that ‘VUCA’ – a term standing for volatile, uncertain, complex and ambitious – has become such a trendy managerial acronym.

We live in anxious and uncertain times. The kind of times that drove our ancestors to pull up the drawbridge, hunker down and play it safe. Very safe.

Fear does that. It keeps people from taking the very actions that may ultimately help them be more successful in the longer term.

It’s why, when people are looking skyward wondering when it will fall in, we need strong leaders to show true courage.

The kind of courage that discerns real from imaginary risks and does not discount the cost of indecision in the face of uncertainty. The kind that inspires people to rally together toward a noble cause and acknowledge what’s not working. The kind that doesn’t rely on fear to motivate action, win votes, garner support or dehumanize those who disagree. The kind that emboldens fresh thinking and draws on the full breadth of talent, ingenuity, and know-how.

Courage is a prerequisite for truly great leadership.  While it has many faces, at the heart of it lays a willingness to take action amid the uncertainty; to do what’s right over what’s expedient, and to risk failure in the process.

Why? Because unless leaders are willing to lay their psychological safety (i.e. pride and power) on the line for the sake of those they serve, no amount of brilliance or showmanship will suffice.

Yet let’s face it, if it were easy to embrace change and take decisive action in the face of uncertainty, more people would. Our brains are wired to seek out safety and security, not for risking it. Little wonder one of the main regrets of the dying is that they lived too safe and risked too little. Little wonder we have such a crisis of brave leadership right now.

Fear is potent emotion – it takes a compelling ‘Why’ to dig deep and find the courage to step through it. If you are committed to breaking apart from the pack, you can start by practicing these seven hallmarks of brave leaders. We need more of them… so why not you? Real leadership is not limited to those with Ivy MBA’s and impressive resumes, it’s available to anyone with the courage to act with it. 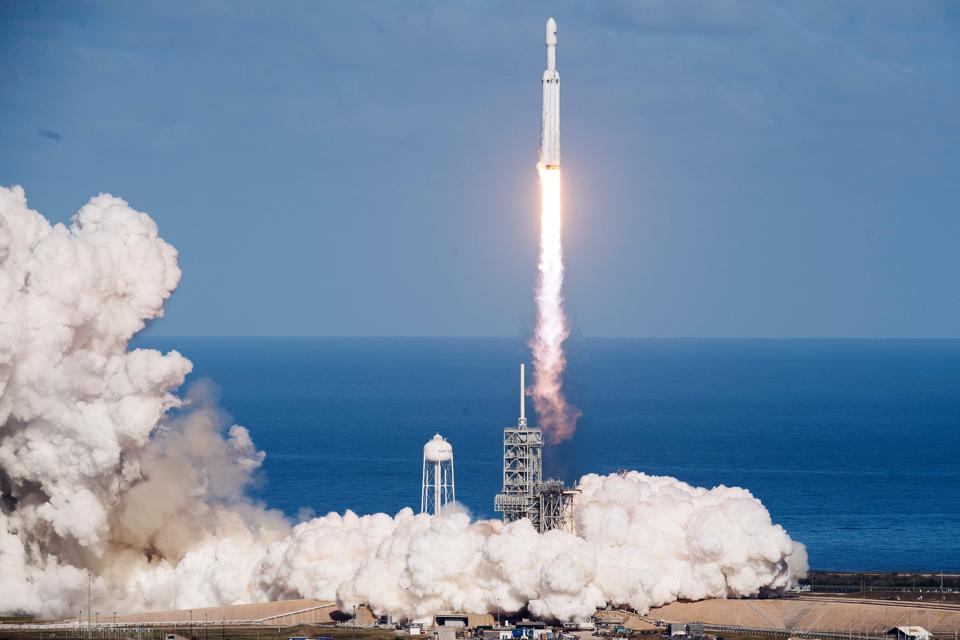 The worlds most powerful rocket, SpaceX Falcon Heavy takes off from Kennedy Space Center in Florida, on February 6, 2018, on its demonstration mission  carrying CEO Elon Musk’s Tesla roadster to an orbit near Mars.  JIM WATSON/AFP/Getty Images.

Brave leaders are bold visionaries. While they may have to manage in the realm of probabilities, they lead from the space of possibilities – knowing that we fail more from timidity than over daring. Consider Elon Musk. He’s had more failures than most people ever will. Large-scale public ones that make his critics giddy. But whether in outer space with Space X or on the roads in a Tesla, Musk’s bold vision for what is possible has brought together some of the world’s brightest minds to forge new ground and push the boundaries of possibility.  Brave leaders know not to confuse that which is truly impossible from that which has simply never been done, yet.

Mindful of the dangers of unquestioned assumptions, brave leaders are non-conformists who and continually step back from the system to question the norms and beliefs underpinning it.  Richard Branson is a great case in point.  He introduced unlimited leave for employees at Virgin America which made many American CEOs, many who’ve never taken more than two weeks leave in a row their entire careers, shake their heads.

“If someone wants to go off for a month and travel the world, they can go and do it. They’ll work that much harder when they get back. It doesn’t impact the company,” Branson said at the Adobe Summit in which he also criticized America’s standard 2-3 weeks annual vacation.

“Treating people with flexibility, as humans, like you’d treat your own children comes back to the company many times over.”

Brave leaders don’t surround themselves with ‘Yes men’ (or women) who’ll confirm their thinking and stroke their ego (and don’t fire people who do!). Rather they seek out people whose opinions and mindsets will challenge and broaden their own. And when they find them? They actively listen and create the psychological safety needed for those with less power to disagree with them and speak candidly. Accordingly, they not only value diversity in their teams and networks – gender, racial, cultural, generational, personality – but they actively foster an environment of inclusiveness so that those who don’t fit the norm feel every bit as valued and heard as those who do.

4. Brave Leaders Speak Candidly, Taking Care Of People As They Do

Brave leaders don’t shy from difficult conversations as they are fully aware that it is the conversations that don’t occur which can exact the steepest toll on employee engagement, individual performance, and collective outcomes. As Lori Garver, former deputy administrator of NASA shared with me, “Sometimes my candor may be difficult for people to hear but they can trust they know where I stand and that I won’t say one thing and do another.”

Only saying what is safe (i.e. what others want to hear) may be comfortable in the short term, but beware the longer term cost of letting important issues go unaddressed. If there is something you genuinely need to say, chances are someone genuinely needs to hear it.

5. Brave Leaders Are Decisive Amid Ambiguity

Brave leaders make bold calls. They know that waiting until they have absolute certainty and can mitigate all risk requires waiting too long. Rather they do their homework and run the numbers and then they make the best judgment call they can. And when they make a ‘miss-step,’ they own it, fast, and adjust course quickly. What they don’t do is sit on the fence waiting until they are 100% sure they can’t mess up. So do not let fear of making a wrong decision keep you from making a right one. Delay grows increasingly expensive.

Brave leaders are delegators, not micro-managers. They focus on where they add optimal value and entrust others to get on with their jobs, limiting their oversight only to what is necessary to ensure individual actions are aligned with those of the group. While they are happy to help out, they leave people to solve their own problems and resist the urge to jump in and solve them for them.

As research has found, people generally rise to the level of expectation placed on them.  Treat them as untrustworthy and needing constant oversight, and that’s what you’ll get. Treat them as capable people with the ability to learn and excel, and that’s what you’ll also get. So don’t let the fear that people won’t do as good a job as you or that they might mess up and make you look bad, keep you from empowering them with trust.

Expect a lot, and you’ll get it. Expect little… you’ll get that too. Have the courage to take a bet on people to exceed your expectations.

7. Brave Leaders Embolden Others To Lean Toward Risk

People play safe when they feel unsafe not to. When leaders focus on the consequences of failure, it drives risk aversion. It’s why brave leaders actively work to create a ‘culture of courage‘ where people are encouraged to speak up, challenge old thinking, experiment with new ideas, risk mistakes and prioritize growth and contribution over security and comfort. And when things don’t go to plan?  They make generous assumptions to leverage the shared learning so they can ‘fail forward’ together.

Ultimately there is no shortcut to building the courage needed to be an inspiring, emboldening and influential leader. You build it in increments starting with the next decision you face.

Are you ready? Embrace the discomfort, trust yourself and refuse to let fear call the shots.

Acting with courage may not guarantee your success, but nothing truly great is achieved without it.