Business Mentorships That Changed The World 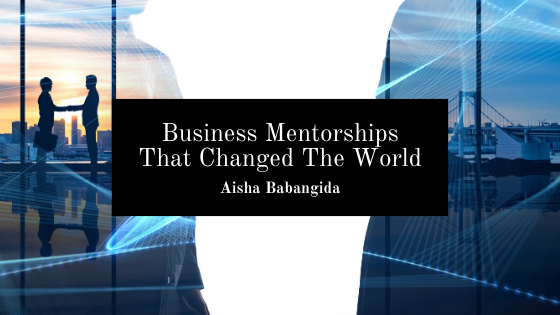 We like to congratulate self-made men and women. Still, the most successful business people in the world aren’t slow to give credit when credit is due, especially when they’ve had mentors who helped ensure their success, including the following three people.

Mark Zuckerberg
Mark Zuckerberg of Facebook fame has named the late Apple CEO as an inspiring mentor. In one interview with Charlie Rose, Zuckerberg related the advice he received from Steve Jobs to build a strong core team that was focused on excellence. The Facebook founder also described the similar ideologies that he and Jobs had: they both believed they were destined not just to make money but to change lives. Both men certainly achieved that. Zuckerberg echoed that sentiment in a Facebook post upon learning of Jobs’ death that read, “Thanks for showing that what you build can change the world.”

Bill Gates
Co-founder of Microsoft Bill Gates has achieved the success that few can match, and the financial rewards of that success have enabled him to become quite the philanthropist, even starting the Bill and Melinda Gates Foundation with his wife. Before he was a smashing success, however, Gates had his mentor — none other than billionaire business magnate Warren Buffet. Gates has lauded Buffett’s abilities to simplify complex topics to help others better understand them and recognize the big picture.

Richard Branson
Virgin Group has dabbled in everything from air travel to mobile phones to music with Richard Branson at the helm of the conglomerate. Branson is quick to point out how successful business people will be able to point as a quality mentor who helped them achieve their success. For Branson, it was British airline entrepreneur Sir Freddie Laker who initially helped get Virgin Atlantic off the ground when it was struggling. Branson has noted how people need to get over their egos to seek and accept help from mentors who can teach them, provide them with different perspectives, and help them better adapt to an ever-changing world.

Although Zuckerberg, Gates, and Branson are all extreme examples of success that most of us could never hope to obtain, their experiences show how a mentor can help not only personal success but the success of a business.