To start with, we need to stop using fossil fuels, not over the coming decades, but within a few years.

If you have not seen any discussion of the latest alarming report from the Intergovernmental Panel on Climate Change (IPCC) in the media you read, you need to start reading other media. The executive summary for policymakers is only 33 pages long, and worth perusing. It is the most disturbing description of humanity’s destruction of the planet while ignoramuses like Donald Trump and a disturbing percentage of society continue to downplay, dismissing it as scaremongering and refusing to do anything to avoid it.

But the report is not scaremongering. We have just 12 years to prevent, through very expensive investment and radical changes to our energy policy, the planet’s temperature from rising more than 1.5C. If radical changes are not put into practice, by 2030 we will be heading toward irreversible climate catastrophe. It is time to consider radical solutions that go far beyond the current voluntarism or denial of the problem. Creating sustainable small island states will not help if we do not use the experience to apply economies of scale to technologies such as battery manufacturing, solar panels and electric vehicles: we have the technology required to stop global warming; the only problem is the speed of adoption processes , weighed down by millions of people who believe they have a right to destroy the planet. The problem is lack of awareness and refusal to start using the means at our disposal to reduce global warming.

To start with, we need to stop using fossil fuels, not over the coming decades, but within a few years. If you think your life would be unfeasible without them, you’re wrong: your life will be unfeasible in a few years because of them. Human beings are not good at thinking long-term. Halting climate change will require investments of around 2.5% of global GDP, and there is no consensus about implementing measures, largely because voters are not pressing politicians. The changes that need to be implemented in less than 12 years to avoid disaster include radical changes to energy use, consumption and our daily habits, including implementing technologies to eliminate carbon dioxide in the atmosphere and bury it, yet calls to ban diesel vehicles only prompt protest from car users. To limit the damage caused by climate change, global net emissions of CO2 need to be reduced by 45% from 2010 levels before 2030, and to zero by 2050, which would mean countries would have to compensate for emissions by eliminating CO2 from the atmosphere.

Despite the overwhelming evidence before us, very few of us seem to understand the magnitude and importance of global warming. Only drastic tax increases on fossil fuels will change our energy habits, coupled with demands from consumers to companies to rationalize their manufacturing processes and make them carbon neutral, along with a wide range of changes to our habits. Humanity faces its greatest challenge, one that could lead to mass migration and environmental catastrophes around the planet, and yet we still fail to grasp what is going on before our eyes.

This is not a rehearsal, nor is it scaremongering. Time is running out; we know what’s going to happen and we have to take some tough decisions about consumption and about who we vote for. To continue blindly believing that climate change will not affect us personally is absurd and irresponsible. Read, learn and think about how to reduce your carbon footprint, even if that means doing without things you have grown to believe are essential. There is nothing more important than this issue. 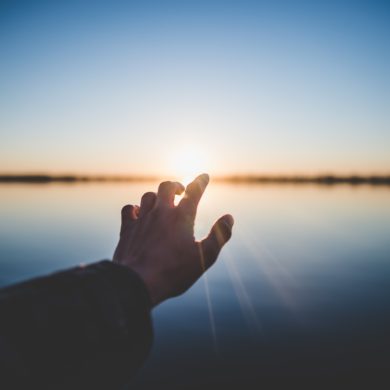 Can Fear of Success Become an Obstacle?
We use cookies on our site to give you the best experience possible. By continuing to browse the site, you agree to this use. For more information on how we use cookies, see our Privacy Policy
Continue