A story from my forthcoming book Bedtime Stories for Managers.

Say organization and we see leadership. That’s why those charts are so ubiquitous. They show us who sits on top of whom, but not who talks with whom, when, and about what. Why are we so fixated on formal authority? Is there no more to organizing than bossing? Have a look at Figure 1 to see an Organization. Then look at Figure 2 to see a Re-organization.

Figure 1: This is an Organization

Figure 2: This is a Re-organization

Did you notice the difference? A few names were changed in a few boxes, but the chart—the very perception of organization—remained the same. Do you know why re-organizing is so popular? Because it’s so easy. Shuffle people on paper and the world is transformed—at least on that paper. Imagine, instead, if people were shuffled around offices, to make new connections?

Say leadership and we see an individual—even if that individual is determined to “empower” everyone else. (Must people who are hired to do a job have to be empowered to do that job?) Too often, however, it’s about something else: a great white knight riding in on a great white horse to save everybody else (even when headed straight into a black hole). If one individual is the leader, then everyone else must be a follower. Do we really want a world of followers?

How can you recognize communityship in an organization? That’s easy. You feel the energy in the place, the commitment of its people, their collective interest in what they do. They don’t have to be formally empowered because they are naturally engaged. They respect the organization because the organization respects them. No fear of being fired because some “leader” hasn’t made the anticipated numbers on some bottom line. Imagine a whole world of such organizations!

Sure we need leadership, especially to establish communityship in new organizations and help sustain it in established organizations. What we don’t need is an obsession with leadership—of some individual singled out from the rest, as if he or she is the be-all and end-all of organizing (and is paid accordingly). So here’s to just enough leadership, embedded in communityship.

© Henry Mintzberg 2018. Modified from “Organizing beyond Leadership”, to appear in Bedtime Stories for Managers (Berrett-Koehler, February 2019). A similar TWOG appeared on 15 February 2015.

Follow this TWOG on Twitter @mintzberg141, or receive the blogs directly in your inbox by subscribing here. To help disseminate these blogs, we also have a Facebook page and a LinkedIn page.

Photos from the author’s collection of beaver sculptures. 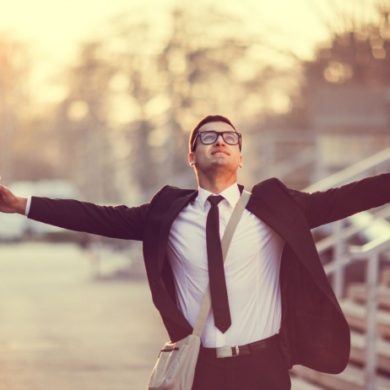 Emotional Intelligence Is The Real Secret To Getting Promoted Faster
We use cookies on our site to give you the best experience possible. By continuing to browse the site, you agree to this use. For more information on how we use cookies, see our Privacy Policy
Continue