Could We Be On The Verge Of A Packaging Revolution That Could Help Reduce Plastic Waste?

Have you ever stopped to think about the amount of garbage we generate every single day? What’s more, much of that waste consists simply of packaging of various kinds of products, typically materials such as plastic, plasticized cardboard or others that we tend to tend not to recycle. The average American generates two kilos of garbage a day, and estimates suggests that around 30% of it comes from packaging. A good part of it, which is not usually separated as paper, cardboard, glass or organic, is not covered by recycling legislation and ends up in landfills.

Historically, most packaging has been designed to optimize its logistics, stacking or boxing or simply to make it attractive. In some industries, such as cosmetics or soft drinks and bottled water, manufacturers are obsessed with making their products stand out from the competition, and there’s even a name for it: packaging addiction. Big supermarkets and online retailers are also responsible for excessive use of plastics in their logistics, most of which are non-recyclable.

In recent years, a growing number of brands have launched initiatives to reduce their use of plastics. Some reuse plastic from the ocean, others sell through channels that reduce packaging to the absolute minimum; some, like Amazon, work with brands to package their products in a way that try to balance sustainability with the needs of logistics, while others have redesigned their products for recyclable containers, such as toothpaste in pill form.

Now, a group of leading brands such as Procter & Gamble, Nestle, PepsiCo and Unilever have launched a platform, Loop, to offer consumers, initially in the United States and France, their products for home delivery in reusable packaging, which is stored in a personal reuse bin instead of the trash can. These will then be picked up for delivery back to a cleaning and sterilization facility and can be reused up to a hundred times.

What’s also interesting about Loop is that it optimizes logistics, because over the course of the day, couriers are collecting reusable packaging at the same time as they are delivering goods, optimizing the routes to and from the warehouse. Similarly, the initiative encourages brands to redesign their packaging to make it more attractive or more functional (such as ice cream containers that keep the product cold longer, for example), while promoting a subscription model in which people repeat orders, which may increase consumer loyalty.

The price of products would be similar to those packaged conventionally, with a deposit for the first container that is refunded when it is returned, as used to happen with bottles many years ago.

Loop is a tremendously interesting initiative with major potential. Now that more and more people are prepared to take part in such schemes on environmental grounds, other brands will hopefully join in, seeing that such an approach makes commercial sense. The success of ideas like Loop lies in convincing consumers that taking a small amount of trouble can make a big impact on protecting the environment and that doing so is not so much an alternative to what we normally do, but is in fact the only viable way forward. 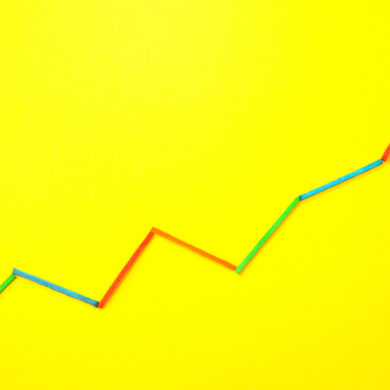 Why Most People Will Never Be Successful
We use cookies on our site to give you the best experience possible. By continuing to browse the site, you agree to this use. For more information on how we use cookies, see our Privacy Policy
Continue