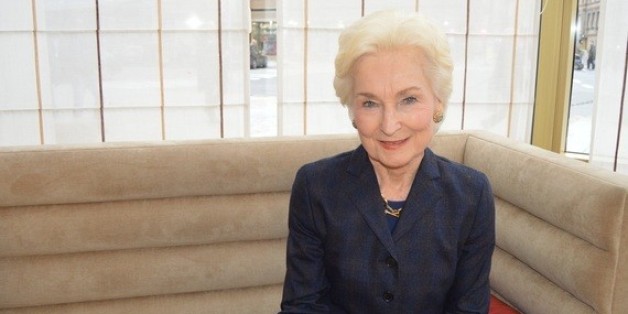 By Vunela
The Talks
6 min read
Eliska Coolidge built a remarkable career in the United States. She served as Director of the White House Office of Presidential Messages which she established in 1964 and as Special Assistant to five U.S. Presidents for eighteen years, from John F. Kennedy to Ronald Reagan.

She then worked nine more years at the U.S. Department of State on the personal staff of the Secretary of State, as Congressional Relations Officer for the Latin American Bureau, as Assistant Chief of Protocol of the U.S. and as Alternate Delegate to the Organization of American States.

After an early retirement from the Federal Government, Coolidge made the decision to return to her native country, the Czech Republic. Capitalizing on her years of exposure to diplomatic Washington, she leads etiquette courses for the business and government community in Prague and has recently added etiquette classes for children. In 2003, she was honored as ‘’ An Outstanding Czech Woman in the World’’ by the Senate of the Czech Republic. As a member of CSR Committee of the American Chamber of Commerce, she is the initiator of the Project ASET to bring social responsibility to its roots by providing ethical education for elementary school children.

I took my job seriously. I was loyal and discreet and I was willing to work long hours. You cannot achieve anything without hard work. As I follow my daughter’s successful career, I see that in the United States hard work continues to be the norm. In Europe the same work ethic does not always prevail among the young. Young people enjoy taking long weekends and holidays. In contrast with Americans who start taking on summer jobs long before they get to college, here children take full advantage of school vacations.

Challenges
My greatest challenge came in my personal life, with my divorce. Seven years after my retirement from Federal Government, and after twenty years of a happy married life, my marriage broke up. I was left with a very ill father and a lovely daughter who had just been accepted at Georgetown University, with no funds to pay for her college education. I thought then of how my parents coped with losing everything during the Communist Coup in the Czech Republic. I remember my father telling me as a child that what I had in my heart and what I put in my head no one could take away from me. I gathered up all the energy I could and at fifty seven started a new career in the Czech Republic.

Those years when resentment and self-pity were tempting, I was strengthened by my faith in God and belief in forgiveness. Instead of moaning I went to work to solve the problems before me. My religion taught me not only forgiveness but also gratitude for what I have. I had no time to think about what I didn’t have.

In 2005 I wrote a short memoir in Czech which became a bestseller and which I have now been asked to prepare for another edition, incorporating the last ten years. The year my book was published, I was asked to run for the Senate, which I did. I won the first round of the election and lost by a small percentage in the second. I learned a lot about my fellow countrymen, and the experience brought me closer to my native country and made me many friends.

I had returned to the Czech Republic in 1998 as a stranger but in a few short years I was able to start a new career and take part in many satisfying and worthwhile activities. My father lived until 2001 decently cared for and knowing that he was deeply loved. My daughter, Alexandra, graduated with honors from Georgetown, went on to work for Mary Erdoes, CEO of the JPMorgan Private Bank, got her MBA at INSEAD in France, became Vice President of the Riverstone Equity Fund in N. Y. and is now the principal of a major energy equity fund in Houston. She paid her own way. I am very proud of her.

I had fulfilled the promise I made to my grandmother to return and to try to make a difference. Walking through my vulnerabilities helped me to build a new and satisfying life. 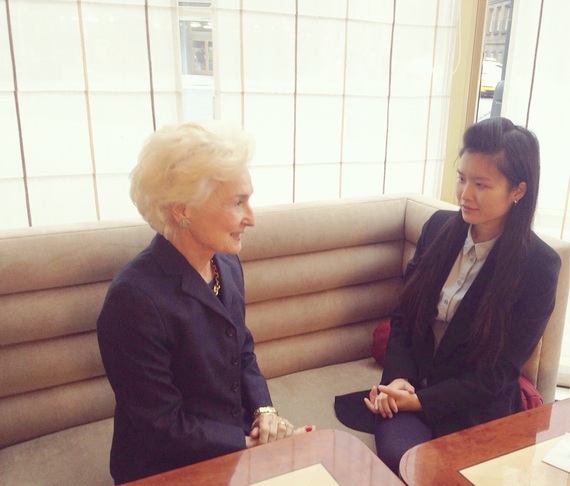 Lessons Learned
I have learned the importance of positive thinking and the benefit of building lasting relationships in life and work. I have learned the value of keeping doors open even to those with whom we do not agree. I have learned that example is the best teacher and that no law on earth can ensure ethical behavior. It must be taught in childhood and strengthened by positive example along the way. I truly believe that people need to interact with one another with integrity and respect and that humility and self-reflection are critical in expanding one’s knowledge and gaining a better understanding of others.From my White House career I have learned that it takes executive experience to be a good President and that moral leadership must start at the top. From my personal life I have realized that we find strength and lose fear when we walk through our vulnerabilities.

My Definition of Success
Darren Hardy reminded me that Jim Rohn once said, ‘’We don’t own success, we rent it.” I think that Rohn’s assessment is incredibly smart. It encourages self-reflection. We rent success for one day, and at the end of it, we must assess our achievement and ask ourselves how we can improve upon it. As one day’s improvement follows another, we achieve greater meaningful success. Another captivating thought on the topic of success came from Bill Gates, who said that success is a lousy teacher, that it makes smart people think they can’t lose. It makes brilliant people feel invincible, which of course drives them to arrogance and high-risk behavior. It takes humility, courage, integrity and self-denial to continue building success.

Life as a Journey of Small Steps
I prefer to perceive life as a journey with small, achievable goals, shaped by the dream we envision. Along the way we realize that the life is a series of hills and valleys, with each hill rising higher than the one before. Having overcome the past we know we can overcome the future. Much like the children’s book about “The Little Engine that Could”. It is all about attitude.

Insights on Leadership
A strong leader is an honest one. He or she must have the vision, courage and ability to communicate effectively. Wise leaders must build on trust. Trust in themselves and in those whom they lead. Wise leaders must inspire others and steer them on the right path, even going against the tide when the times demand it. They need to practice self-reflection and regularly, with each new success, think about how they could have done even better. Strong habits that are rooted in high moral values bring out the best qualities of leadership.

Advice to Young People
Never to compromise their integrity. To study and work with humility and courage as hard as they can to realize each new goal. A person’s name and character are their most important possession. If young people value their name, they will never do anything to tarnish it. While reputation is the way others see us, character is what we do when others are not looking.