By LaRae Quy
In Women at Work
10 min read

FBI counterintelligence agents like myself rely heavily upon emotional intelligence. It helps us to be successful in identifying foreign spies so we can recruit them to work for the U.S. government.

Emotional intelligence is your ability to 1- identify and manage your own emotions; 2- pick up on the emotions of others and manage them; and 3- in so doing, build trust and grow influence.

It is not necessarily a skill that people associate with FBI agents. Loud, boisterous, and pushy behavior may get attention, but it certainly does not get respect.

Meanwhile, a softer skill like emotional intelligence often goes unnoticed. It is not related to book smarts or a formula that includes aggressive behavior relying upon intimidation to be effective.

I have never had a loud voice, but I’ve always had a strong one.

There is lots of bewilderment when either men or women get these two voices confused. Many leaders, entrepreneurs, and business owners have traditionally been men who followed a formula of aggression and intimidation to get to the top. Now many women are using that same formula to see where it can take them.

And here is how well it’s working: women are dying of heart disease at the same rate as men. Yet they still struggle not only rise to top level positions, but to stay there as well.

I had a choice in my law enforcement career—I could try to be someone I am not and swagger around the FBI hallways with a gun strapped to my hip. Or, I could be the best version of me by developing my natural skills and talents without worrying whether or not I fit in with others who relied upon intimidation.

1. MEN DON’T HAVE PERMISSION TO BE EMOTIONALLY INTELLIGENT

Women in the workforce need to grab success however they can, but too many of them are throwing away their advantages by trying to be like men.

Little girls are given permission by society to be empathetic, use language that expresses emotions, and place priorities on developing deep and meaningful relationships (starting with dolls).

Both girls and boys may develop mental toughness through sports activities. However, many boys tend to grow into men who rely on harder skills like aggression as their default reaction to stress. They don’t pay as much attention to softer skills like empathy and self-awareness.

Conversely, women are encouraged to develop these softer skills. The good news is that these essential skills can be learned as they climb up the career ladder.

I’ve known a few touchy-feely men, and they were incredibly successful FBI agents. But they ran against the grain of the macho stereotype that people have of the FBI, including most new agents who show up at Quantico.

TIP: As a parent, encourage your child to develop a good vocabulary to describe their emotional state of mind at any given time. As an adult, start exploring words to describe what you are feeling in times of stress, joy, and relaxation. You may find this hard at first because we are simply not groomed to be fluent in the language of emotions.

2. USE EMOTIONAL INTELLIGENCE TO INCREASE INFLUENCE

It is too simplistic to describe men or women as having innate advantages that will better equip them to move into top level positions. In today’s competitive environment, leaders need to be seen as having the collaborative traits that are the by-product of emotional intelligence.

In an intriguing study by the Hay Group, it was found that high levels of emotional intelligence were found in work situations where women executives were required to lead by influence rather than direct authority.

TIP: Scrappy women will develop the skills necessary to move into the executive suite—success in the future is going to depend a great deal upon a leader’s ability to leverage a variety of skills and approaches in order to grow their business.

3. WOMEN ARE NOT NATURALLY BETTER AT EMOTIONAL INTELLIGENCE THAN MEN

There is not a lot of research or science to back up the common belief that women are naturally better at emotional intelligence than men. What matters most is the level of motivation of both men and women.

For example, this same Hay Group study indicated that among women and men below the executive level, differences between men and women were less pronounced.

And when you look at the stars—leaders in the top ten percent of business performance—gender differences in emotional intelligence abilities wash out. The men are as good as the women, the women as good as the men, across the board.

TIP: If you have the mental toughness and grit to stick with it, you can acquire the emotional intelligence skills you need to be a top performer—male or female.

4. BRAINS ARE DIFFERENT, THOUGH

Women are considered to be more empathetic, however. According to neuroscientists, empathy is found in a region called the insula, which senses signals from our whole body. When we empathize with someone, our brain mimics what that person feels. The insula reads that pattern and identifies the feeling.

This is where women are different from men. If the other person is upset, women’s brains tend to stay with those feelings. Men’s brains do something else; they sense the feelings for a moment. And then tune out of the emotions and switch to other brain areas that try to solve the problem that’s creating the disturbance.

So when a woman complains that a man has tuned out emotionally, it usually means their brains are processing the information differently.

When men tune-out, it can insulate them from distress so they remain calm while others are in a state of high drama. They focus on finding a solution to the urgent problem.

Women’s tendency to stay tuned-in helps them nurture and support others when emotions are running high.

TIP: It’s important to remember that neither is better and both have advantages. 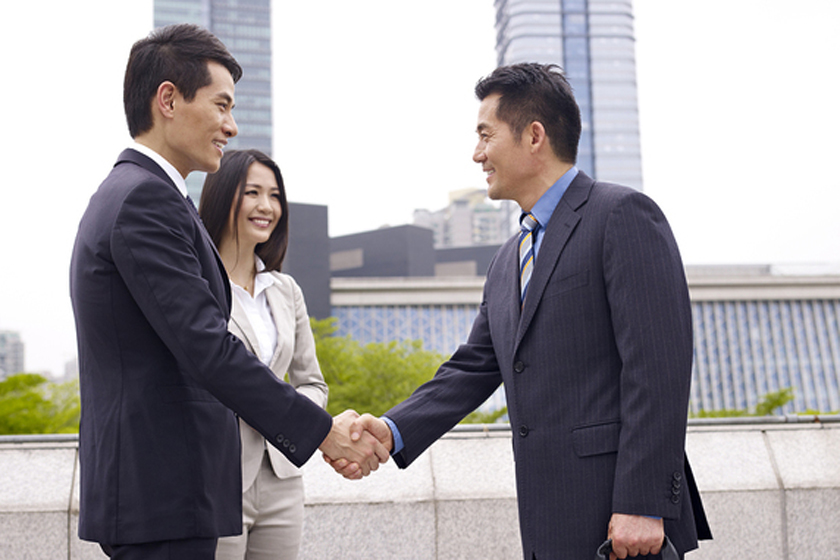 How Gratitude Can Transform Your Workplace
We use cookies on our site to give you the best experience possible. By continuing to browse the site, you agree to this use. For more information on how we use cookies, see our Privacy Policy
Continue