Forgiving Is Hard, but Not Forgiving Hurts More

Forgiveness doesn't mean you're giving in. 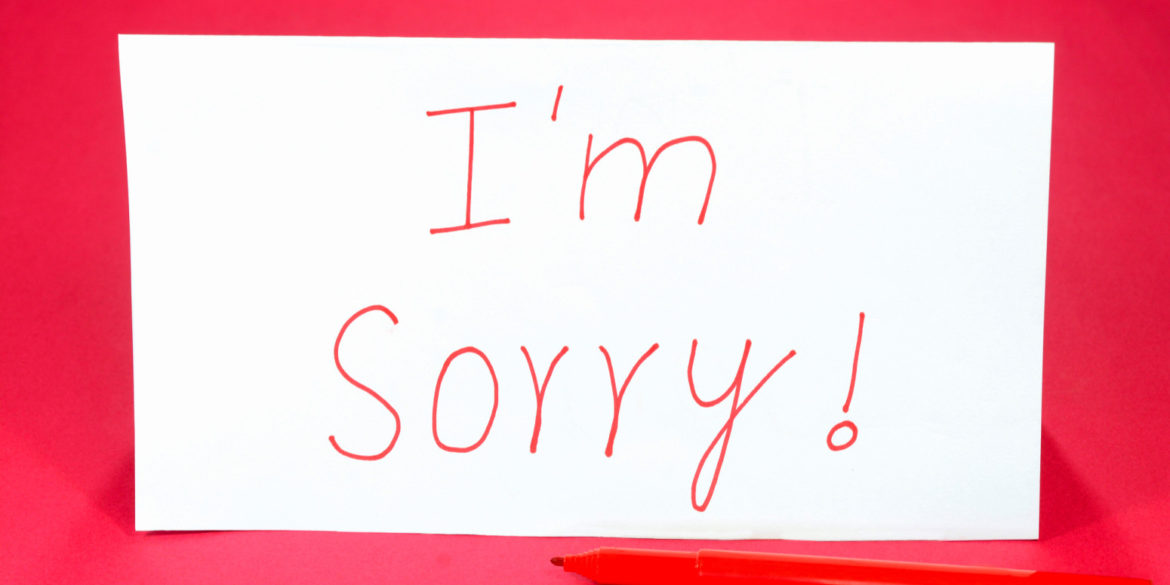 Text with I'm Sorry word written on a card with red colored pen.

Let bygones be bygones. Forget and move on. Kiss and make up.

Forgiving is easier said than done.

Most people believe that forgiveness means condoning an event. But it’s not. Blame ties us to the past and makes our heart and mind smaller — both literally and metaphorically. Forgiving, on the other hand, means realizing that resentment and hatred add more pain.

Science shows that forgiving is good for your health.

Forgiveness doesn’t mean forgetting. It’s not accepting, justifying or overlooking an event either. It’s choosing to let go of resentment or the need for revenge — we eliminate the suffering, not the wrongdoing. The offender might not deserve your pardon, but you deserve to be at peace.

When you forgive, you set yourself free.

Forgiving Is Hard, but It’s Healthy

“Forgiveness does not change the past, but it does enlarge the future.” — Paul Boese

There’s a causal relationship between forgiveness and your health, according to science.

Unforgiveness causes us additional harm. When we don’t forgive, we release all the chemicals of a stress response.

You can’t change the past. There’s nothing you can do to remove the harm others might have caused you. However, not forgiving damages our mood — we see our lives through a lens of vengeance, hostility, resentment, anger, and sadness.

Forgiveness was traditionally seen as a religious ideal; science has turned it into a skill that everyone can (and should) develop. From 1998 to 2005 the number of empirical studies on the topic have increased from 58 to 950. There’s been a lot of progress understanding the science behind forgiveness.

Holding a serious grudge raises our blood pressure and increases our chances of a heart attack. Unforgiveness intensifies mental problems, such as depression, anxiety, and post-traumatic stress disorders.

A fMRI study by Italian researcher, Dr. Pietro Pietrini, showed that anger and vengeance inhibited rational thinking. Conversely, the tasks involved in the process of forgiveness activate the areas of our brain linked to problem-solving, morality, empathy, and cognitive control of emotions.

Forgiving is not easy — the need for taking revenge is hardwired in our system. In the past, that’s how we prevented other people from causing us harm. Revenge activates the same brain area than our desire for chocolate or sex — that’s why it tastes sweet.

However, forgiveness is equally innate — reconciling after a fight is something most mammals do, not just humans. Reconciliation has an upside too. Research by the Stanford Forgiveness Project shows that forgiving elevates our mood and increases optimism.

You can choose between instant gratification or long-term healthier living.

“To forgive is to set a prisoner free and discover that the prisoner was you.” — Louis B. Smedes

Unforgiveness is engrained on blame — we let a past event define our present.

Blaming is a way of running away from the truth. By not forgiving, we focus on the perpetrator instead of facing the event. We get stuck feeling a victim rather than accepting what happened and moving on.

I’ve learned through time and experience that resentment gets us nowhere. I usually don’t hold a grudge on people — I don’t want to be a prisoner of someone else’s behavior.

I understand if you feel skeptical.

Researching for this article, I stumbled upon some powerful human stories. Some people went through the hardest experiences you can imagine. Yet, they were not only able to forgive but actually came in good terms with their wrongdoers.

Eva Kor, an Auschwitz survivor who publicly forgave the perpetrators who killed her parents and two older sisters at the camp. Eva even traveled to Germany and embraced Oskar Gröning, one of Auschwitz officials.

Phyllis Rodriguez’ son was killed in the World Trade Center attacks on September 11, 2001. Aicha el-Wafi’s son was convicted of a role in those attacks and is serving a life sentence. In hoping to find peace, these two moms have formed a powerful friendship born of unthinkable losses.

Back in 1995, Azim Khamisa’s son was killed in a gang initiation ritual. The deadly encountered sent him and Plex Felix, the grandfather of the murderer, down paths of meditation to forgive and be forgiven. In time, they became friends.

Unforgiveness is fueled by rumination — we keep rehashing sad experiences. We get stuck on delated emotions. Resentment, hatred, hostility, fear, and anger guides our lives.

Blame turns us into a victim — we feel helpless. If people who went through tragedies, as described above, forgave their offenders, why can’t we?

A meta-analysis of forgiveness research brings light to effectively moving on. It requires two key steps:

Forgiveness moves us from being a victim to being valuable.

As Buddhist Sakyong Mipham says, “We can see that the person we are blaming needs help, and so we help him. Helping him reduces our desire to blame, and increases our desire to be of benefit.”

Azim Khamisa and Plex Felix went beyond reconciliation. These two brave men tour the world teaching kids how to meditate — they are on a mission to prevent violence and hatred.

To let go of resentment, we must stop seeing the other as our enemy.

To forgive others, we require more than just the intention — we need a clear method to overcome blame and fixation to a past event.

Dr. Frederic Luskin, the co-founder of the Stanford Forgiveness Project, runs a ‘Forgiveness Training’ to help people develop the core skills. The first step consists in tearing apart “your grievance story” — the expert believes that, when we blame someone, instead of holding them accountable, we get stuck in victimhood and inaction.

Another interesting challenge participants must deal with is to “find the impersonal in the hurt.” Realizing that many others have experienced a similar offense, helps depersonalize the event. It doesn’t remove the harm but trains our mind to not being attached to the incident.

“Forgiveness is a trainable skill, just like learning to throw a baseball,” writes Luskin in his book Forgive for Good.

Robert Enright, a psychologist from the University of Wisconsin, is a pioneer on the study of forgiveness. Together with his colleagues, he developed a four-part Process Model:

Time can help us heal, but forgiveness interventions work better, according to multiple studies.

There are three necessary goals to achieve true forgiveness: empathizing with the offender, committing to forgiveness, and overcoming feelings of unforgiveness.

Empathizing with the offender is good for you. It helps you repair the relationship with the event — though that doesn’t mean rebuilding the bond with that person.

Forgiving is an act of courage.

Like any behavior change, it requires true commitment to succeed. The explicit decision to forgive someone is a critical step to move toward overcoming negative feelings.

Forgiveness sets you free from the past — you don’t just make peace with the offender, you are at peace.

That’s how Azin Khamisa wraps up this moving TED talk: “Peace is possible. How do I know that? Because I’m at peace.” 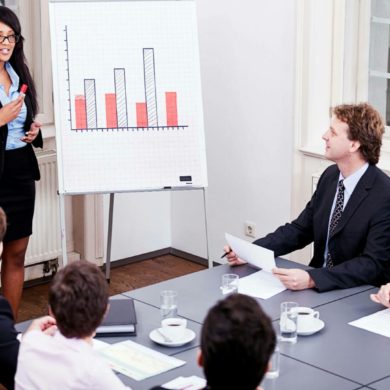 Secrets of Running a Successful Meeting
We use cookies on our site to give you the best experience possible. By continuing to browse the site, you agree to this use. For more information on how we use cookies, see our Privacy Policy
Continue