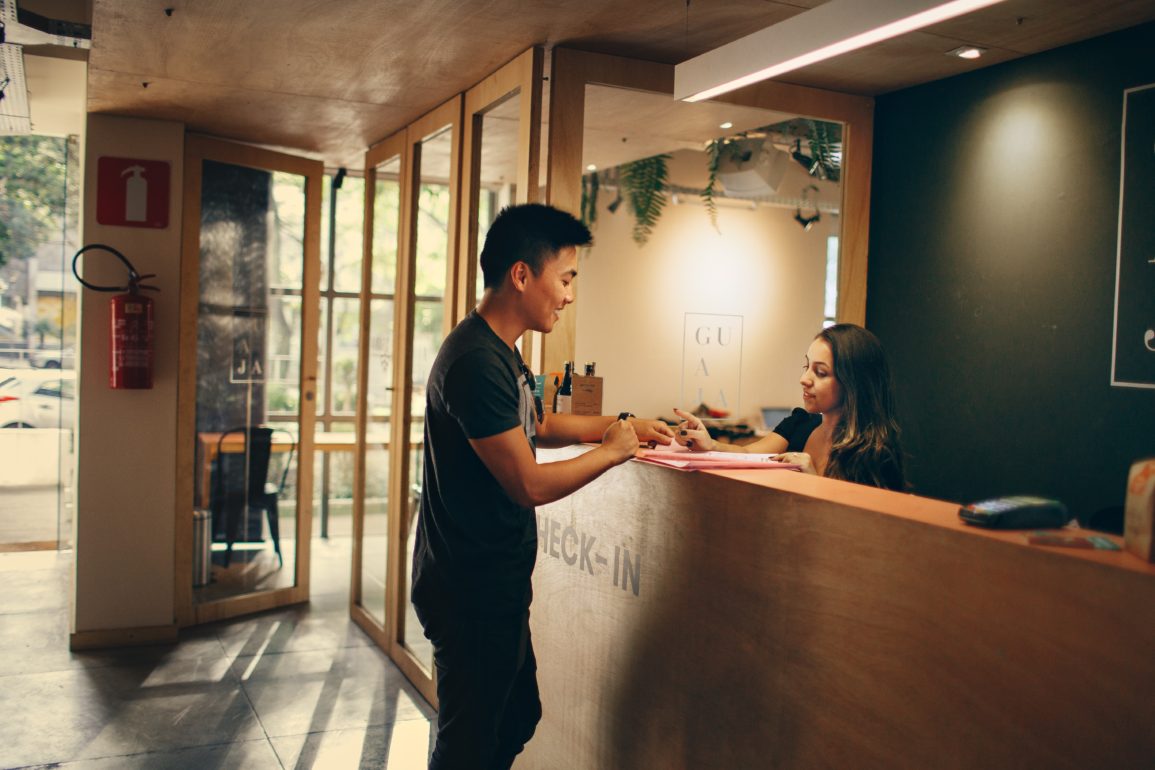 A Case of Mistaken Identity

I had just arrived at the ‘Gherkin’ building in the City of London. I was due to meet the Chairman of Aviva. It was December the 23rd and the building was bedecked with Christmas decorations and goodwill was in the air.

I came in to a very busy reception and was politely given a security badge and then asked to sit down on a sofa to await the PA of the Chairman, who would come down to collect me.

I sat next to a stressed-out courier in his cycling lycra, with his helmet by his side, and a walkie-talkie radio clipped on his satchel strap that wouldn’t stop garbling out loud unintelligible nonsense.

He also had a pair of white headphones in his ears and was humming and nodding to the music that I was now being forced to share with him.

I couldn’t wait for the Chairman’s PA to get me away from the needless noise.

To the left of us were a huge bank of lifts, which seemed to be taking hundreds of people up and down all the time.

Eventually, a very well dressed and well-presented middle-aged woman came out of a single lift in the far corner of the reception. She had poise and grace, as she walked purposefully but delicately towards where I sat with the loud courier.

Before long she stood in front of both of us and looked at the paper that she had in her hand and all of a sudden, she stopped and panicked.

She kept staring at the paper and kept looking back up at both of us. I have experienced this particular game before, she obviously was very new to this.

She braced herself and stood tall and upright, before looking directly at my loud colleague, who was nodding away to himself and said “Mr Carayol?”.

He didn’t even hear her or notice her.

She could not have been more embarrassed. It was a genuine mistake, but an avoidable one.

A few years ago, I found myself in the reception of ASDA’s HQ in Leeds. I had arrived for a meeting with David Smith, the People Director. The job title was a clue to ASDA’s fixation with people and morale.

A large, light, spacious and welcoming reception was very busy but never full. Every visitor was picked up in person and no one waited more than 5 minutes – maybe it was just a good day, maybe.

There was a large open area with escalators and a swish atrium going all the way up to the top of the building.

Last Friday of the Month Gatherings

Right in the middle of the reception, there was a solid makeshift stage that had a young band called ‘Freefaller’ warming up, which I had unsurprisingly never heard of.

It was the last Friday of the month, this meant it was the monthly well-organised ‘Late Lunch’ gathering and a casual dress day. Most of those gathered around the stage were wearing clothes from ASDA’s spectacularly successful George everyday clothing range.

At these monthly gatherings, a senior executive assumed the ‘MC’ role. Angela Spindler (Marketing and Food Trading director) had the seemingly unenviable role. She was a natural and was self-deprecating, fun, enthusiastic and charm personified.

Anyone and everyone could book a 3-minute slot to deliver a message to all gathered in the reception and looking over from the atrium. A vicious but humorous traffic lights system assisted her in ensuring that all who chose to appear on the stage delivered their desired messages to time, in a crisp and speedy fashion before the red light automatically ended the session.

From buyers promoting new fast-moving lines, high performing stores being recognised with awards. All the recipients were from the winning stores, but no members of management were present, only highly motivated employees receiving the admiration of their colleagues.

The Finance Man with No Notes or Slides

Finally, there was a hugely enthusiastic member of the finance team delivering guidance on both recent performance and upcoming targets.

The finance man was perhaps the defining moment. He was a real peek into the power of a people focused culture. When he had built up a head of steam, all present listened intently, and the target numbers were scarily aggressive and the current performance was as scarily impressive!

Throughout there were no notes, no slides, just naked passion! The band played on at intervals to a receptive and enthused audience.

Now, that is what I call a reception!

There are now many alternative first points of contact for a business or organisation. It can be via their online offering, maybe by telephone but by far the most indelible experience is still walking into their environment, and to experience how they treat their own people.

Some of the leadership questions that need answers to are:

This debate is best held across the organisation, and initiated at the top, but many answers will come from those who might be feeling invisible within their own company.

There are some leadership pointers that must be considered before having the open debates and discussions:

The best chance you get to make a good and long lasting first impression is a welcoming and warm reception, run by people that love people a little more than the process.