How Loneliness Changes Across Your Lifetime

Loneliness can strike at any age, although the cause might be different. 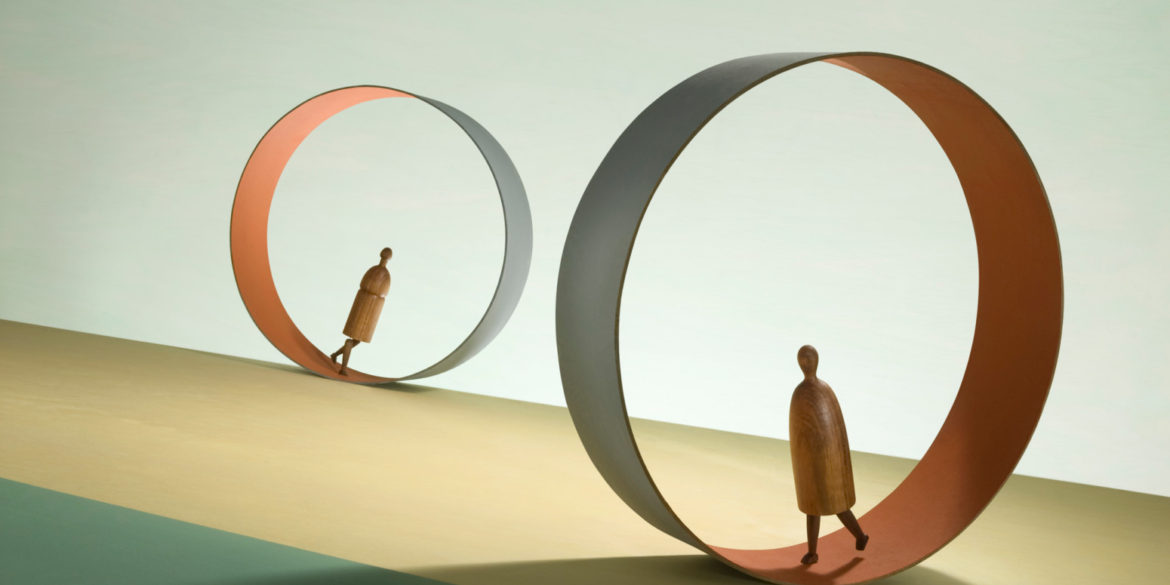 Ask someone to recount a time they felt lonely, and they’ll undoubtedly have a story to share. You might hear about the college freshman away from home for the first time, or the new mother feeding her baby in the dark stillness of 4 a.m.

“Most people feel lonely at some point during their lives,” writes researcher Ahmet Akin of Sakarya University. “As social animals who participate extensively in social relationships, humans open themselves up to the possibility of loneliness.”

Researchers find that loneliness ebbs and flows as we age, in relatively predictable ways. Counterintuitively, we tend to be lonelier when we’re young—and also when we’re old. Among those high-risk groups, as many as one quarter of people may feel lonely on a regular basis. Understanding why we become lonely in certain life stages can help us to handle the uneasy feelings of isolation when they inevitably arise.

From quantity to quality

Researchers define loneliness as “perceived social isolation,” the keyword being perceived. If two people have the same number of friends, with whom they spend the same amount of time and talk about the same things, one could feel perfectly content while the other could feel lonely.

“Feelings of loneliness depend on one’s aspiration for contact, perception of contact, and evaluation of social ties,” write researchers Magnhild Nicolaisen and Kirsten Thorsen of Oslo University Hospital.

For example, Nicolaisen and Thorsen surveyed nearly 15,000 people in Norway about their social activity and their levels of loneliness. For the youngest group, ages 18-29, quantity seemed most important: Young adults who saw friends less often tended to be lonelier. But among adults ages 30-64, quality became paramount: This group was lonelier when they had no confidants, people they could talk intimately with. The amount of time they spent with friends didn’t seem to matter.

If you think about the typical trajectory of life, these findings make sense. For younger people who are building their careers and searching for mates, it helps to meet and spend time with lots of people. As we get older, and perhaps become parents, we may see friends less often—but we need someone to call when the stress of sick toddlers or power struggles at work becomes too much to bear. Indeed, earlier research found that in terms of their effects on our health, number of friends matters more for people in their teens and twenties, and friendship quality matters more up until age 50.

Meanwhile, for the oldest group in the study (ages 65-79), their loneliness didn’t depend on how often they saw friends or whether they had a confidant. As the researchers speculate, these older adults may have low expectations for their friendships, finding contentment in the occasional visit or a few agreeable companions. Or they may rely more on family than friends: In one study in the United Kingdom, which looked at all types of relationships (not just friendships), quality still seemed to matter at this age.

Besides our friends and family, romantic relationships may also protect us against loneliness—and more so as we get older. In another large study, this time in Germany, single young adults weren’t at a greater risk of loneliness compared to those with a significant other. But for older singles—starting at age 30—they did tend to feel the pangs of loneliness more.

What’s going on inside the head of a 20-something, who isn’t weighed down by the solitude of single life? Or a 40-something, who doesn’t get out often but feels fulfilled by weekly catchups with a best friend?

According to one theory, it all depends on what we believe to be “normal.” If our social life looks like what we’d expect for someone our age, we’re less likely to start fretting about our connections, triggering the alarm bells of loneliness.

“A teenage girl may feel lonely if she has only two good friends, whereas an 80-year-old woman may feel very connected because she still has two good friends,” write researchers Maike Luhmann and Louise C. Hawkley.

As they explain, these norms are also influenced by natural developmental processes. According to one research review, until age seven, young children are mostly looking for someone to play and have fun with. Then, it becomes important to have a close friend, someone you can talk to who is on your side. Peer groups soar in importance in the early teen years, when belonging and being accepted feel critical.

As we head into our twenties, our minds turn to romantic relationships, and feeling rejected by potential partners can be particularly painful. Our needs for intimacy grow, including the validation and understanding that close friends can provide.

These needs tend to stay relatively constant as we age, although our expectations may change. Old age can bring the loss of friends or partners, or health problems that prevent us from going on coffee dates or family vacations—hence that 80-year-old woman who cherishes her two good friends.

When we feel alone in suffering

This theory can help explain why going through hardship in life feels particularly lonely at different ages, another major research finding.

For example, take work and income. People with lower income are lonelier in middle age than people with higher income, more so than in young or old adulthood. While 20-somethings can joke about being broke and seniors may expect to scrape by in retirement, most people hope they won’t have to worry about money in middle age. People who are struggling financially can feel ashamed of their means, while everyone around them seems to be comfortably successful.

Similarly, although some research has found conflicting results, middle-aged adults who are unemployed seem to be hit hardest by loneliness compared to part-time or full-time workers, but this isn’t true in young or old age. In fact, young adults tend to be the least lonely when they work part-time—exactly what seems “normal” for a teen or college student.

Meanwhile, loneliness also seems to spike when we develop health problems before our time—when middle-aged adults start receiving disability benefits or face life-threatening conditions like heart problems or stroke. In contrast, “severe illness in old-old age is more normative and to some extent expected,” write the researchers behind this study.

Because we tend to expect more hardship in old age, even bad feelings in general may become less loneliness-inducing as we get older. In one study, which followed more than 11,000 Germans ages 40-84 for up to 15 years, the link between negative feelings and loneliness weakened with age. As the researchers speculate, unhappy adults may repel friends and family, but we tend to cut more slack for cranky grandfathers—yet another way that norms and expectations come into play.

Yet some hardships don’t seem to discriminate by age. People who belong to a minority group or suffer from a prolonged mental disorder have a higher risk of loneliness, no matter how old they are.

How to feel less lonely

If loneliness can have different triggers across our lifetime, what’s the best response to it?

Research hasn’t quite reached the stage of pinpointing optimal treatments at different ages, but we do know how people naturally tend to cope, thanks to a survey by York University’s Ami Rokach that asked over 700 people to indicate their most beneficial strategies for combating loneliness.

When feeling isolated, people of all ages do what you’d expect—they try to reconnect. They work on building social support networks that can offer love, guidance, and belonging, and they put themselves out there—through hobbies, sports, volunteering, or work.

Meanwhile, before age 18, people are less interested in more reflective, indirect ways of countering loneliness—like being mindful and accepting of their difficult feelings, joining support groups or therapy, or turning to religion and faith. Adults (ages 31-58) use all these strategies more often than other age groups, including one that seems not so healthy: escaping their loneliness with alcohol or drugs.

If loneliness is more about our state of mind than the number of appointments on our calendar, though, the adults may be on to something with their more internally focused strategies.

We might also consider trying to practice self-compassion, the lack of which is associated with feelings of loneliness. Self-compassion is the skill of treating ourselves with the same kindness and caring we’d offer a good friend. One aspect of self-compassion involves recognizing common humanity, the notion that our suffering is part of the human experience and actually connects us to the people around us. If we don’t practice common humanity, we may feel like we’re the only ones struggling—which sounds awfully like being lonely.

What’s the antidote? We remind ourselves, “Everyone suffers. This is totally normal. I’m not the only one.” And then, at least, we might not feel so alone in our loneliness. 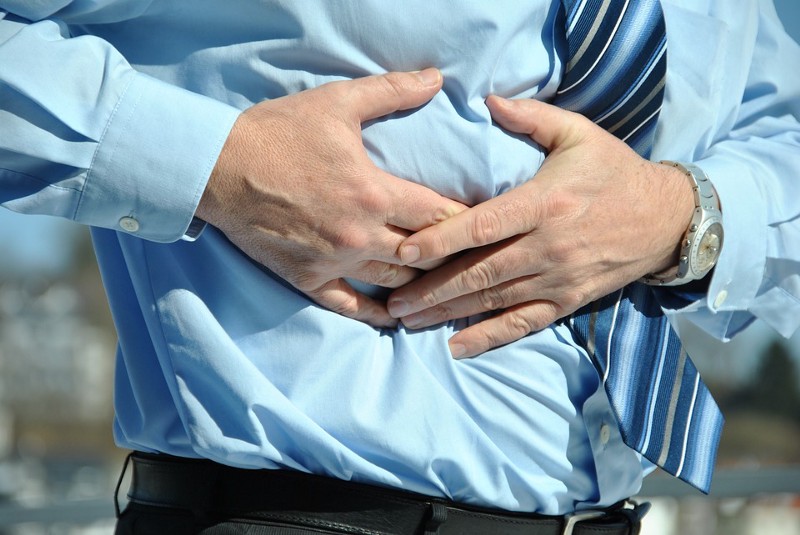 When Should You Go With Your Gut in Business Relationships?
We use cookies on our site to give you the best experience possible. By continuing to browse the site, you agree to this use. For more information on how we use cookies, see our Privacy Policy
Continue