How Midlife Professionals Can Leverage Their Age, Wisdom And Experience More Powerfully At Work

The making of a modern elder. 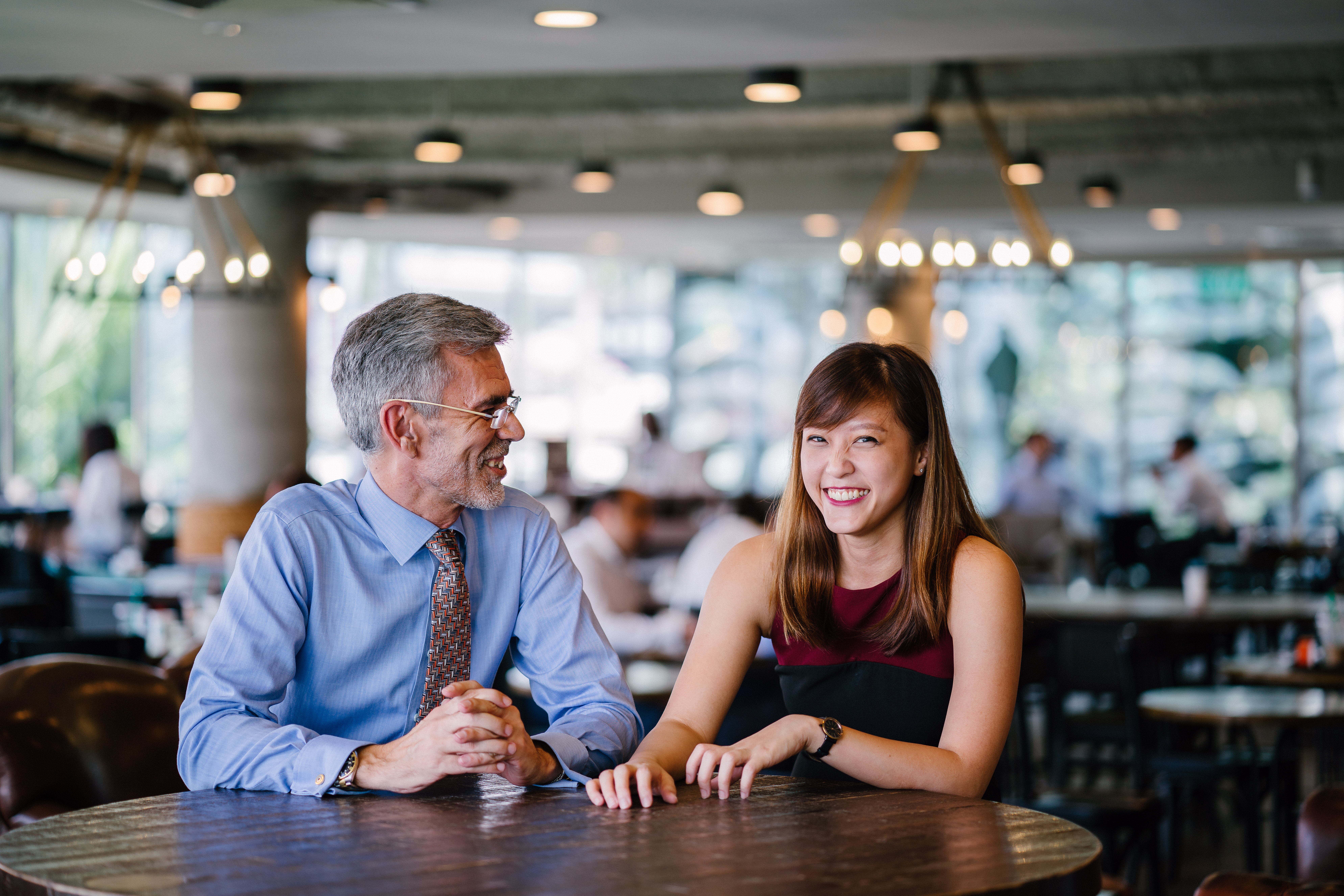 In our increasingly accelerated world that reveres the young, many midlife professionals sense that the ground is shifting beneath their feet, leaving them feeling invisible, undervalued and threatened by the digital natives nipping at their heels. But is experience and wisdom on the verge of a comeback?

Conley served as Airbnb’s Head of Global Hospitality and Strategy for four years and today acts as the company’s Strategic Advisor for Hospitality and Leadership. His five books have made him a leading authority at the intersection of psychology and business. Conley was awarded “Most Innovative CEO” by the San Francisco Business Times, is the recipient of hospitality’s highest honor, the Pioneer Award, and holds a BA and MBA from Stanford University.

His new book, Wisdom @ Work: The Making of a Modern Elder explores how we can (and need to) reinvent the concept of “elderly” today and how midlife professionals can cultivate a beginners’ mind while at the same time leveraging their vast wisdom and experience at work, making an essential contribution to workplaces around the world.

Here’s what Conley shares about the making of a modern elder:

Kathy Caprino: Chip, please share what you’ve seen to be the hard truth about ageism? What’s really happening and how damaging is it to mature and seasoned professionals today?

Chip Conley: Almost 40% of Americans have a boss younger than them and that number is growing quickly. Power is cascading faster than ever before to young people due to our increasing reliance on DQ (digital intelligence). We’re seeing companies started by people in their early-twenties become global giants before their 30th birthday. And, yet, we expect these young digital leaders to miraculously embody the relationship wisdom that we older workers have had twice as long to learn.

It’s hard to microwave your emotional intelligence. We have ample evidence that gender- and ethnically-diverse teams are more effective. But, what about age? This is an important question, as the modern workplace now, unintentionally, has five generations working together for the first time.

Maybe it’s time to get a little more intentional about how we work collectively. A number of European studies have proven the success of age-diverse teams. And, yet, less than 8% of companies that have a diversity and inclusion program have expanded their strategy to include age as just as important of a demographic as gender and race.

Caprino: Let’s talk more about Baby Boomers and what we need to know.

Conley: Many people haven’t gotten the memo: the world is getting older! One paradox of our time is that Baby Boomers enjoy better health later into life, remain vibrant and stay in the workplace longer, but feel less and less relevant. Some feel like an old carton of milk, with an expiration date mistakenly stamped on their wrinkled foreheads.

For many workers in midlife, this isn’t just a feeling, but a harsh reality, when they are suddenly laid off – and the phone stops ringing. They worry, justifiably, that bosses or potential employers may see their experience as more of a liability than an asset.

You’ve heard that 60 is the new 40 physically, right? But when it comes to power in the workplace today, 30 is the new 50. If power is moving at least ten years younger and we’re all going to live at least 10 years longer, let’s do the math: society has created a new 20-year “irrelevancy gap” for those of us running the “midlife marathon.” Given how many of us will likely work past the traditional retirement age, our 50s may not just be midlife, but it might be mid-career as well. Midlife used to be 45 to 65, but today I’d suggest it’s stretched to a run-on sentence 40 years long from 35 to 75.

Caprino: You talk about thriving on your path to growing “whole” not “old.” Tell us more.

Conley: Why do we become wiser about our humanity as we age? Our physical peak may be our 20s, our salary peak may be 50, but our emotional peak is midlife and beyond as we’ve developed pattern recognition about ourselves and others.

The studies on the U-curve of happiness have shown how people get happier in their fifties, sixties and seventies partly due to increased emotional intelligence and partly due to feeling like they’re truly growing into themselves and cultivating their well-earned wisdom. So, how can companies tap into that valuable midlife wisdom while continuing to nurture brilliant young digital natives? The most successful companies, today and in the future, will create a powerful alchemy between the two.

Caprino: It seems you learned a great deal about this being a Baby Boomer mentoring the Millennial CEO of Airbnb. What exactly did you learn?

Conley: In reality, we mentored each other. It was sort of the opposite of Robert DeNiro in “The Intern.” He became young CEO Anne Hathaway’s intern, but really became her mentor, while I joined Airbnb as the Head of Global Hospitality and Strategy and the mentor to CEO Brian Chesky, but I became the intern as well. I joined at age 52 and had never worked in a tech company, so the lingo was foreign and I was twice the age of the average employee. So, it wasn’t my natural habitat.

This taught me that I could rethink of myself as a catalytically curious beginner’s mind in which I asked a lot of “why” and “what if” questions when most senior execs ask “what” and “how” questions that are more focused on optimization. I came to realize that mutual mentorship is the future of business if we can get over being in our generational cohorts casting judgment on those older or younger than us.

Caprino: You’ve coined the term “Modern Elder.” Sounds intriguing especially including the world “elder” which has some strong connotations. What is a Modern Elder and why use that label?

Conley: During my time at Airbnb, I started to recognize that a new kind of elder was emerging in the workplace. Not the elder of the past who was regarded with reverence. No, what is striking about the Modern Elder is their relevance: their ability to use timeless wisdom to address modern day problems.

Maybe it’s time we value wisdom as much as we do disruption. And, yes, I think it’s time we reclaimed the word “elder” but gave it a modern twist. The Modern Elder is as much an intern as they are a mentor as they realize that in a world that is changing at increasing speed, their beginner’s mind and catalytic curiosity is a life-affirming elixir for both themselves and those around them. While I know “elder” sounds a bit like “elderly,” I’m trying to liberate the “elder” from the “ly.” This isn’t the first time a group has reclaimed a word to describe themselves as “yankee,” “black,” and “queer” were all reclaimed. Own the word, it gives you power.

Caprino: What are your top three pieces of advice to midlife professionals who want to re-purpose themselves and continue to make the most of their talents and experience?

Conley: There are four lessons in my book Wisdom@Work: The Making of a Modern Elder and they’re in their proper order: Evolve, Learn, Collaborate, and Counsel.

In order to have credibility with younger people, you have to start with evolving your identity and knowledge to understand your new habitat which means you will embody being a lifelong learner. Those first two lessons are the toughest, but that leads you to using your emotional intelligence to collaborate which is a skill that many young people don’t understand early in their careers even though being a great team member is an essential part of the business world.

Finally, you can show your counseling or advising skills once you’ve done those first three steps. The biggest mistake most midlifers make is going to the counseling role before building the credibility of mastering the first three lessons.

Caprino: What are your best, practical suggestions for organizations that want to build more intergenerational support and collaboration, and why do they need to?

Conley: Chapter 9 of the book is dedicated to this subject with ten recommendations for companies. Let me highlight just three of those:

…(aka, an Employee Resource Group or ERG) based upon age that allows your older workers to create a support group for recommendations to the company. We called this “Wisdom@Airbnb” and the group suggested ways the company could harness the wisdom of older workers and provides benefits that are better suited to them while also representing the voice of our Airbnb hosts and guests who were older

…for mutual mentoring to flourish by considering ways to create intergenerational educational opportunities. At Airbnb, we created skill share programs that allowed people to learn from each other. This is how I learned tech tools from younger employees and it’s how younger employees learned leadership skills from me.

Use your employee satisfaction surveys

Then, develop a “Modern Elder” program in which you help some of your wise, older employees who are well-regarded and have institutional wisdom start to provide in-house mentoring and coaching services to fast growing young leaders in the org.

Being a Modern Elder is all about reciprocity. Giving and receiving. Teaching and learning. Speaking and listening. Everyone gets older (if you’re lucky), but not everyone gets elder. And when you think about it, this exchange can work for you, just as it can for your organization.

For more information, visit Wisdom @ Work: The Making of a Modern Elder.

For more from Kathy Caprino on leveraging your experience and wisdom at work, tune into her Finding Brave podcast interview with Chip Conleyand take her Amazing Career Project online course.

Workaholism Doesn’t Make You More Productive — Here’s Why
We use cookies on our site to give you the best experience possible. By continuing to browse the site, you agree to this use. For more information on how we use cookies, see our Privacy Policy
Continue