How to Avoid Solving the Wrong Problem

Only by asking the right questions up front to get to the heart of what must be achieved can an organizational initiative even have a chance to deliver what is needed.

An old friend of mine recently sent me a link to an old video of one of our favorite bands, U2, playing one of our favorite songs, “11 O’Clock Tick Tock.” As I watched and listened, the lyric at the top of this page jumped out at me. More specifically, its applicability to major organizational initiatives is what struck me.

In setting out to implement any major initiative, it is important to ask the right questions – in other words, to frame the problem correctly. This crucial first step lays the groundwork for the entire planning, preparation, and implementation of whatever the organization is trying to achieve. If not done effectively you may go down the path of trying to solve the wrong problem, and large amounts of well-meaning effort can be carried out without leading to meaningful results.

Unfortunately, this happens all the time and in all kinds of environments, so much so that there are phrases in various lexicons that describe the dynamic:

Here are a few specific examples of this phenomenon in practice.

Now, contrast those experiences with this one:

Not long ago I was helping a utility carry out a number of Rapid Results projects meant to move the needle in meaningful ways on several strategic priorities. One of these priorities was improving the financial state of the company – cutting costs and reducing uncollectibles.

The team tasked with improving the uncollectibles situation quickly began focusing on ways they could collect outstanding fees from customers who were over 90 days late in making their payments. The data showed there was a good deal of money here. After a brainstorming session to identify innovative ways to collect, the group became discouraged – most of the ideas had been tried in the past and had not delivered results.

As they debated how to dig deeper and come up with additional ideas, one team member cried out, “Wait a minute, we’re trying to solve the wrong problem! We shouldn’t be focused on collecting outstanding money. We should be focused on preventing money from getting into the uncollectible category in the first place.”

She then pulled out data that showed conclusively that once money was over 90 days past due, there was very little chance of collecting it. This reframing of the problem statement energized the group and they quickly set a goal focused on getting significantly more customers to pay by day 90. They had lots of innovative ideas in this space and over the course of the 75-day Rapid Results project demonstrated that customers can indeed be persuaded to pay early, leading to roughly $2.7 million in savings.

Below are a few questions you can use to be sure you are framing a potential initiative in terms that will deliver the required outcomes.

One powerful approach that supports this effort is the Rapid Results method referenced above. It incorporates results-focused goals in narrowly scoped opportunities along with exceptionally short time frames to compel team members to quickly uncover all the issues related to a particular challenge and to develop innovations to overcome them. By reframing the problem statement into an outcome goal, the team is empowered to explore and experiment with broader and more creative solutions than if they were simply implementing ideas to fix issues.

Another useful tool to leverage in this effort is an adaptation of the “5 Whys” technique. Developed by Sakichi Toyoda and used in the Toyota Production System, the “5 Whys” is a process for finding the root cause of an issue by asking successive iterations of “why did that happen?” I often shift the question to, “why carry out that activity” or “what will be better if that is carried out” when I am working with a team struggling to focus on achieving outcomes rather than performing activities.

Only by asking the right questions up front to get to the heart of what must be achieved can an organizational initiative even have a chance to deliver what is needed. 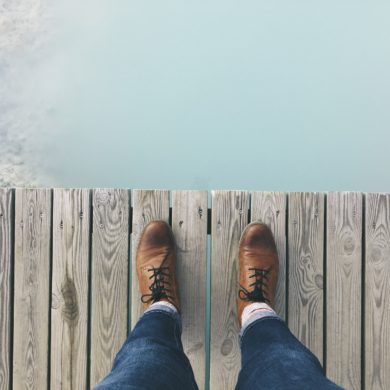 The Unexpected Antidote To Procrastination
We use cookies on our site to give you the best experience possible. By continuing to browse the site, you agree to this use. For more information on how we use cookies, see our Privacy Policy
Continue