How to Not Get Overwhelmed by the Little Chores of Life

A new book explores how to manage our endless cycle of administrative tasks and enjoy our lives more. 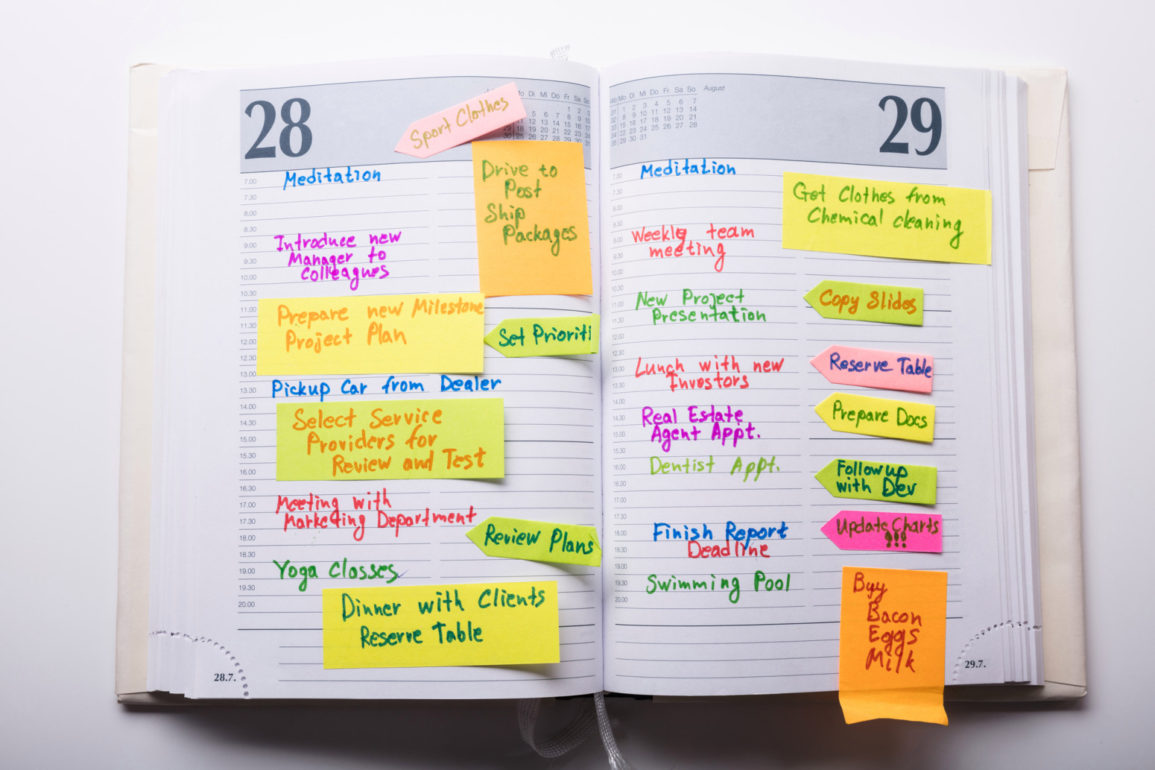 Recently, a friend of mine called with a spontaneous invitation to a holiday tea. It sounded fun, but…I hesitated to say yes. Shouldn’t I be filling out that school form or returning phone calls or calling the plumber or doing one of a hundred other chores instead of going to a party?

According to a new book, Life Admin: How I Learned to Do Less, Do Better, and Live More, I was caught up in what author Elizabeth Emens calls “admin”—“all that work that eats up our time, is inescapable, yet is often neither appreciated nor paid.” That’s what made me miss a tea party and, instead, spend my time trying to tick off some of those pesky tasks on my never-ending to-do list.

Emens herself was drowning in details when she decided to take a long, hard look at that frustrating load. As a law professor with a full-time job, as well as the mother of two young children, she began teasing apart the extraneous tasks that were consuming her, then interviewing other people about their experiences and strategies, and combing research for more insights.

Her book, the result of that exploration, is a thorough and illuminating look at how such humdrum tasks take over our lives, how different people approach them, and how we can stop feeling so overwhelmed.

Not everyone approaches admin the same way, and Emens identifies four personality types in this realm: Doers (divided into the Super Doer and the Reluctant Doer) and Non-Doers (the Avoider and the Denier). Super Doers, not surprisingly, tend to be hyper-efficient, often so on top of things that they have the foresight to enlist some help when needed. Reluctant Doers get things done, but tend to get stuck on the obstacles. Avoiders are those who might be driving around with an expired driver’s license. Deniers don’t see that there’s much need to handle the details of life, and they may foist off the responsibility on someone else.

Emens stresses that the categories relate more to our feelings about the tasks at hand, rather than our competency. A reluctant doer can be competent, for instance, just not eager. Most people, she says, are a hybrid of types.

In addition, not all people face the same level or kind of admin, she writes. For example, there’s a difference between the admin load experienced by the privileged and that experienced by those less fortunate. “People of means typically do admin that involves private entities, choice, and influence over others,” she writes. “People without means typically do admin that involves public entities, obligations, and submission to authorities.”

Perhaps that’s why Emens dreams of a simpler future, in which the federal government fills out our tax forms and sends them to us for approval, and companies and bureaucracies that waste our time with errors and excess paperwork provide compensation.

When Emens looked at the gender implications of admin, she found some differences of opinion. A 2015 Pew Foundation survey found that, in dual-earning parent households, “men and women disagree on how much household labor they each do, with women more often reporting they do more, and men more often reporting that parents share equally.” In reality, women tend to do 10 hours a week more work in a household shared with a male partner—at least by some measures.

She writes, “Researchers have observed that household management—the ‘essential planning, coordinating, and budgeting…above and beyond the physical demand of household work’—is ‘the last barrier to gender-egalitarian marriages.’”

If women do more admin, is it because they are inherently better at such details, or does society just expect them to? Emens argues that the popularly held belief that women are better at multitasking may account for the gender divide. For example, schools have a propensity to call on the mother when a parent needs to come in for a conference—a phenomenon that (according to one anecdote in the book) Supreme Court Justice Ruth Bader Ginsburg experienced.

“One such call came after Ginsburg [who was then a civil rights lawyer and a professor] had been up all night writing a legal brief. She picked up the phone in her office and said, ‘This child has two parents. Please alternate calls. It’s his father’s turn.’ After that, according to Ginsburg, the calls came barely once a semester because ‘they had to think long and hard before asking a man to take time out of his work day to come to the school.’”

Having taken a good long look at the division of detail labor in her marriage, Emens admits that this inequity around admin may have contributed to her own divorce. How your partner handles the details of life can have a huge effect on your relationship, she writes, so much so that she suggests popping the “admin question”—When do you do admin? How do you remember to do things?—before you settle into a relationship.

“These questions may sound innocuous, even mundane. But Admin Questions may be the stealth equivalent of ‘Tell me about your mother,’” Emens writes. “Admin touches intimate places, and most people rarely talk about it. Raising the topic may bring you closer. Or at least teach you something.”

How to manage admin better

For readers looking for solutions, Emens has plenty of advice. First, you must squarely face your admin load, and that includes all the tasks that come with parenting, shopping, social obligations, leisure activities, and all the details of running a household. There’s also what Emens calls “Awful Admin,” which includes the added burdens of battling insurance companies, locating lost airline luggage, having your taxes audited, and disputing bills. And there are “onslaughts” of admin that come with special events, good and bad, such as weddings and funerals.

Next, she suggests using “admin hacks,” such as simplifying your decision-making. Instead of agonizing over making the right choice, you can take the easy route, maybe choosing the nearest doctor, or gym, or kindergarten. Another strategy: Handle in-person requests for information right away—emailing people on the spot—so those tasks never go on your to-do list. If the main body of the book doesn’t provide enough ideas for simplifying life and saving precious time, there’s also a hefty appendix of ideas to try, including a “Hacks list.”

Finally, for those of us sharing a household, Emens emphasizes that admin can be sticky; patterns once set—especially with child care—are hard to change. She suggests couples set a timer and let each person talk for two minutes without interruption about who’s doing what and how each person feels about it, which can lead to negotiations. Another idea: Try giving “admin gifts,” says Emens, such as offering a partner an “admin vacation,” while you take on some tasks the other person would normally do, such as planning meals.

“Research confirms what common sense intuits: Good deeds can spur cycles of happiness, gratitude, and giving back,” she writes. And, of course, any time that a partner does a good job of handling details, express appreciation—“enthusiastically and promptly.”

When I finished Emens’s book, I knew I was a Super Doer, with some Reluctant Doer characteristics. That figures. I was even a little reluctant at first to read the whole book, but I did. Which was lucky for me, because I found some great solutions to my own long lists:

1. Start an admin documents repository. Scanning IDs and other documents and keeping them in a folder to access digitally at all times has already saved me from fumbling around in my files when on the phone with a doctor’s office.

2. Encourage kids to handle admin. Having read the author’s observation that millennials tend to see admin as the “stuff my parents do,” I took her advice to start teaching my kids how to do their own admin wherever possible.

3. Delay and deflect random requests that are going to eat up your time. If you give someone enough time before you respond to a non-crucial request for information, Emens wisely says, they might figure things out for themselves.

4. If you can afford it, occasionally buy your way out of admin. Rather than baking a plate of brownies for a recent fundraiser bake sale, I just handed the organizers a check.

Emens’s strategies have inspired me to make a New Year’s Resolution, too: to not let so many details eat up my days. That means that the next time my friend asks me to tea, I’ll be ready to drop everything and just go.