How to Overcome Your Biggest Workplace Fears

While most of us crave excitement and change at work to keep us motivated and interested, there is a part of us that also resists and fears change. There are many things that we fear at work, but most of our angst revolves around being singled out, found out, and having to face feelings of shame, embarrassment, and guilt.

Of all the fears we face, public speaking comes in at number one. Jerry Seinfeld mused that at a funeral, most people would rather be in the casket than have to give the eulogy. Anytime that the focus is on us in the workplace will produce some fear in many people. Presentations, networking, interviews, performance evaluations are all highly stressful events that generate fear for many in the workforce. The thing that we fear most is being rejected, disowned, and isolated.

Not all fears are bad for us however. They warn us of potential dangers and pitfalls and allow us to prepare ourselves. Without facing and overcoming our fears we would not be able to grow as individuals and as contributing members of society.

Here are some techniques to overcome fears at work that have proven to be effective.

NAMING THE FEELINGS BEHIND THE FEAR

Acknowledging our feelings and sounding them out to others takes a great deal of the sting and power out of fear. The worst thing to do when we feel fear is to keep it bottled up inside and not tell anyone. Here’s an example: Jessica is a business analyst whose job includes giving talks and presentations on her expertise. What she finds helpful is verbally telling herself how she feels about an upcoming talk and then telling her colleagues and boss. To Jessica, expressing her feelings is a way of releasing them and spreading them out, leaving less fear to manage when she needs to be seen as strong and confident.

Everyone is afraid of something at work: your colleagues, your boss, and even the top CEO of a major corporation. Being aware of this helps to reduce the intensity of the fear. Erica was feeling totally overwhelmed after being asked to give an overview of the annual report to top management of the company. She decided to tell her manager who had been with the company for many years. To her surprise he told her a story of how terrified he had been the first time he had to speak to his superiors, stuttering and stammering the whole time. The fact he had survived and thrived despite his nervousness gave her a boost of courage and confidence. When the time came, she discovered she wasn’t nearly as frightened as she thought she would be.

If experiencing some fears at work, it is very likely you aren’t the only one. Coworkers will appreciate that you’re reaching out and would be happy to offer support and encouragement. Colleagues can be a good source for advice if they have been in your situation before. It was Braden’s turn to attend a networking event where he met others in the same industry he worked in. After the event, he was expected to write up a report on what he had learned.

Having ADD, which he had hidden from his employer, he was afraid he would forget most of what he discovered. A coworker shared that he had the same problem and had found a way around it. After having a conversation with someone, he would find a quiet spot and record some of the key points on his IPad before moving on to network with the next person. To his relief it worked so well he was able to relax and actually enjoy the event.

LOOK BACK ON PREVIOUS EXPERIENCES

Most incidents that we fear turn out to be less grandiose after the event: The anticipation was where the angst held us to ransom. Thinking of situations in the past that frightened us that now appear innocuous in hindsight will help us lighten the burden of worry and anxiety prior to a stressful event.

Cory, a software developer, would think about the time he did a parachute jump prior to facing any changes in the workplace that were causing him anxiety. He would think about his jump day and imagine that his life had been in danger that day. In comparison he found what he had to lose if things didn’t go well in the workplace were minor in comparison to the day he jumped out of an airplane. It helped him put things in perspective and alleviated a lot of anxiety.

THE WORST-CASE SCENARIO ISN’T ALL THAT BAD

Often when we are fearful at work, we are imagining the worst that can happen. Unless we work in highly dangerous fields where the loss of life or physical injury is a possibility, the worst that can happen is that we lose our job. Whenever Maria became stressed at the thought of a bad review from her manager, she thought of her two young daughters and husband who adored her. Becoming aware that these relationships were the most important aspect in her life helped her to relax and not “sweat the small stuff,” as she put it.

In order to avoid fear taking up space in their ongoing day, some people are able to put aside time where they will think about facing their fears. By putting aside fears, they are able to carry on with their activities that require full thought and concentration. When a meeting with a difficult client was coming up, investment counsellor Barry would decide that he would spend the last 30 minutes of the day thinking of how he would deal with the client if he was meeting him or her the next day. This allowed him to focus on important decisions and tasks that he had to complete before becoming distracted by the unpleasant problem he would be facing.

VIEW IT AS AN INEVITABLE PART OF GROWTH

Jack Canfield said: “Everything we want is on the other side of fear.” People who believe this see facing fears as a challenge that has growth potential for them. At best, they look at fear as a sign that something better awaits, and at worst that they will learn a valuable lesson that will serve them well in the future. Rachel often tried controversial, out-of-the-box techniques in her job as a high school teacher. Evaluation time for her fellow teachers was often a time of high stress. Rachel viewed it as an opportunity for her to receive valuable feedback that she would use to decide whether to continue on or make adjustments. She looked at endorsements or repudiation from her bosses as part of her continued progress as a teacher and human being.

HOW TO FACE FEARS IN A CRISIS

It is hard to imagine the level of stress and fear if we suddenly found our own life and the lives of 155 people we were responsible for in serious danger. That’s the scenario that Captain Chelsey “Sulley” Sullenberger and his crew found themselves in on January 15, 2009, when a flock of geese disabled both engines on their aircraft. The story of the “miracle” landing on the Hudson River and all 155 surviving is well known around the world.

Growing up with a second world war naval officer as a father instilled in Sullenberger a deep sense of duty and obligation to those whose lives he had responsibility for. Early on, he learned the importance of performing well despite the circumstances that he found himself in. During the difficult moments leading up to landing the disabled aircraft on the river, Sullenberger kept fear at bay by compartmentalizing and focusing on the tasks that needed to be done.

His belief in teamwork and unshakeable certainty that things would work out well allowed him to draw upon a creative reserve of energy. He drew inspiration from other pilots who had found innovative ways to cope with finding themselves in desperate situations when their aircraft developed serious problems. In particular, he admired Captain Dan Haynes and the crew of Flight 232. On July 19, 1989, they landed a DC-10 that had lost hydraulics and steering at Sioux City Airport. As a result of their skill and ability to think, react, and manage their fears under the most difficult of situations, 184 of the 296 passengers on board miraculously survived the landing.

Sullenberger believes the ability to manage fear is a result of nature and nurture, and is a great believer in our ability to learn and teach ourselves. Sullenberger hopes that the greatest fear is behind him. As a husband and father, the idea that brings him the most fear is the thought of losing a child. Fears, he believes can be good, even necessary for survival, as they alert us to when things are not right. 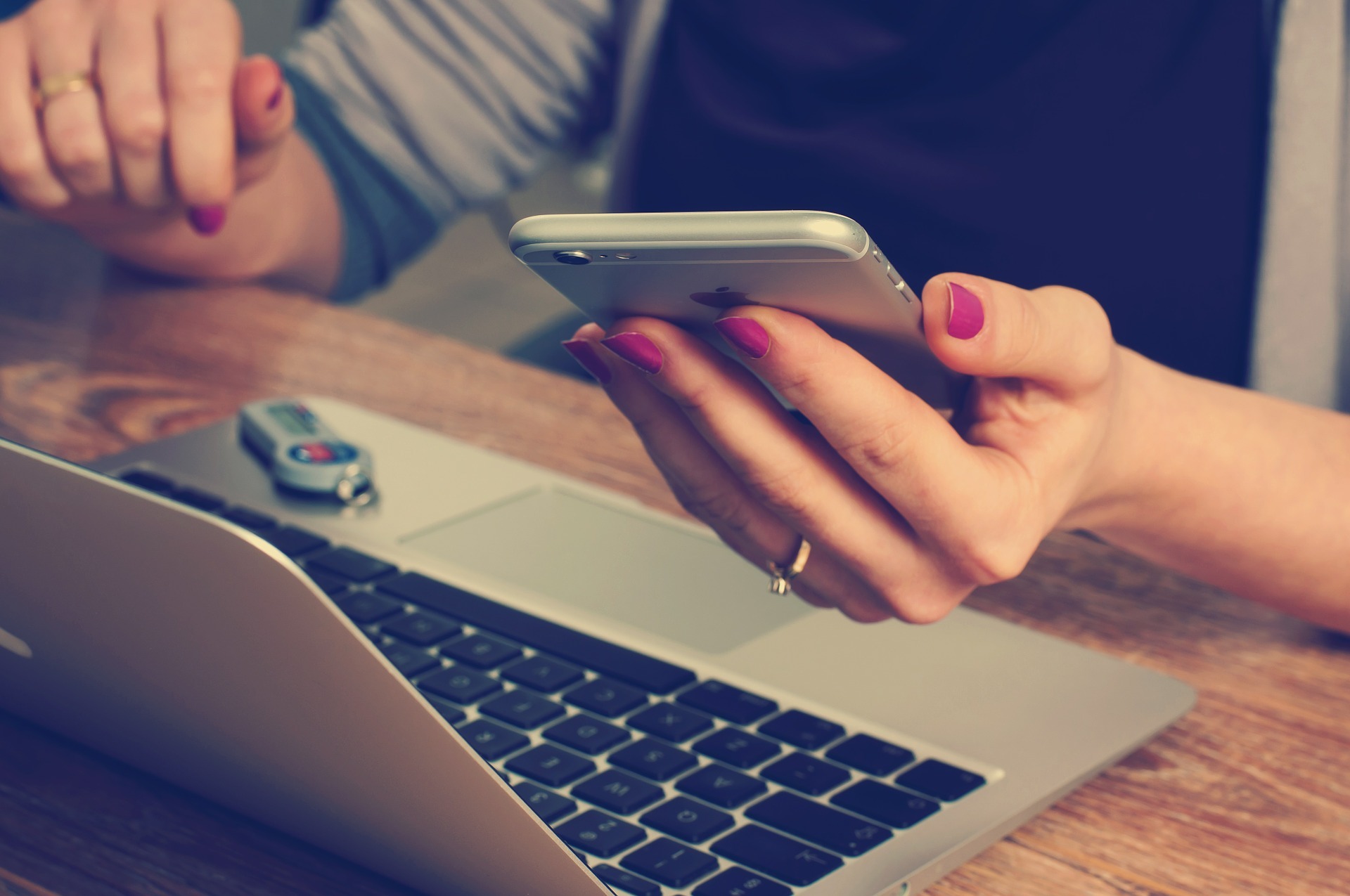 How To Turn Your Email Into The Best Personal Assistant
We use cookies on our site to give you the best experience possible. By continuing to browse the site, you agree to this use. For more information on how we use cookies, see our Privacy Policy
Continue