How to Quiet the Little Voice in Your Head

Reclaiming your life from your inner narrator. 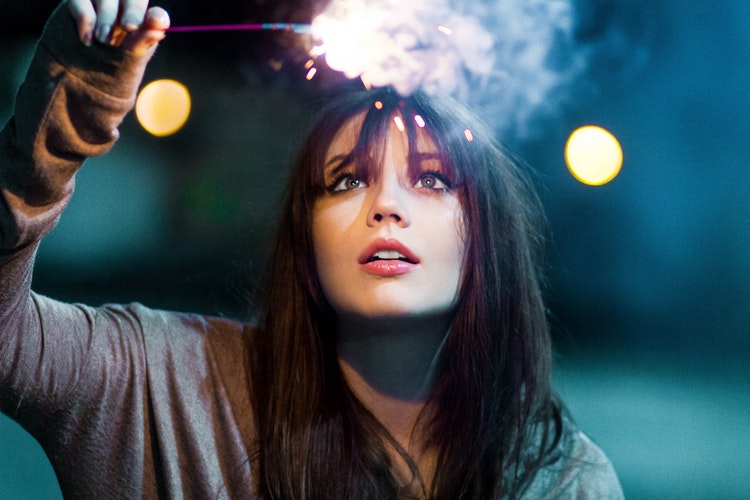 Did you ever notice the little voice inside your head that’s constantly running the play-by-play of your life — to you, the one who’s actually living it? Did you ever listen in to your inner narrator, the one who’s unceasingly packaging your life, verbally preparing your experience for transmission to another unidentified listener? I just went on an eight-day silent retreat, and apparently my inner narrator didn’t get the memo that it was to remain silent. For the first five days, the little voice in my head didn’t stop talking, not even to catch its imaginary breath. With obsessive precision, it explained to me what I was doing, how I had transformed, and what spiritual lessons I had learned. Over and over, my inner narrator repeated my experience to me, prepared it for sharing, and made sure I had everything wrapped up as clearly and understandably as possible.

It’s an odd thing, really: As we’re having an experience, the little voice in our head is simultaneously describing, explaining, and commentating on it, providing a summary before, during, and after its unfolding.

Often, the narration is so integral to our experience itself, so uninterrupted and merged with it, as to make us wonder if there could even be an experience without the accompanying report. If an experience happens without simultaneous inner acknowledgment, thinking, and commentary, does it actually happen?

It’s also interesting to notice that the little voice is not without its own characteristics. It has a certain language, style, and tone; it does its storytelling and commentary with a thematic and textural consistency. Like a Hollywood screenwriter, the voice tends to write in a particular genre — tragedy, comedy, drama, film noir, etc. Our commentator is a character with an identity of its own.

The mind believes that we are made of mind and mind alone, and that without its felt presence, we would cease to be. If the narration were to stop, and the mind was not experiencing itself through the act of thinking, there would be nothing — oblivion. A mind off duty, experience without the thinking, is tantamount to nonexistence. The mind creates the story of an I; it creates an I as an object in our consciousness. In so doing, it maintains both the experience of a self and the experiencer of a self, which it believes are needed to ensure survival.

In relentlessly narrating the story of ourselves (to ourselves), the mind is also attempting to make life, and us, into something solid, knowable, and constant. By creating a main character called me (played by mind) who’s living something called my life, the mind attempts to transform the ephemeral, groundless, ever-changing nature of being into something that can be understood, managed, and, in theory, controlled. It takes what is really one unified process, life, from which we are inseparable, and splits it into two different things — a me and a life. We then become the liver of this thing called life, and in the process, seemingly distinct and real. We literally think our self into existence.

And so, the questions beg: First, is there a downside to living with this inner narrator, and second, do we have to live this way — is it part and parcel of the human condition? Is there no alternative to a second-hand version of life, knowing experience only through the mind’s description and commentary?

The answer is a resounding yes and no: Yes, there is a downside, and no, we are not condemned to live this way.

The small downside to living with the play-by-play of your life ceaselessly running in your ear is that it can be intensely agitating and distracting. There exists constant noise in the background and foreground of your life, like having a mosquito buzzing in your ear, one that you can’t silence or ignore.

But on a more profound level, the downside to the inner narrator is that it stands in the way of your actually getting to experience life firsthand, in all its richness. You’re relegated to living through your narrator’s description, which is really just a mental representation of the real thing, like a postcard of the Grand Canyon or a description of chocolate. The little voice goes on then to offer commentary on the narration — a representation of a representation — and you are now two layers away from the direct experience of living.

You might also notice that the voice in your head presents its version of your life as a truth. It reports your life story as if it were the actual reality existing in the objective world. It’s liberating, however, to realize that the narrator’s account of what’s happening is all going on inside your own mind and only in your mind. It’s not real in any objective sense, but another story about a story which begins and ends inside your consciousness.

The good news is that you don’t have to live this way. If you’ve ever been deeply involved in an activity, you might have experienced what’s referred to as flow state. In flow, we’re so engaged in what we’re doing that we cease to be aware of our self. We’re no longer the one doing the activity; we’re literally absorbed into the experience itself. We become the experience; we become life, rather than the one who’s living it, and all notion of time and a separate I disappears. And while the mind has convinced us otherwise, what we discover is that when the mind is not there self-referencing and reminding us of our self, we still exist. We do not disappear, which suggests that we are indeed more than mind. Awareness remains, even when we lose the felt sense of our self as the one doing our life. Interestingly, such experiences — the ones in which awareness of our self disappears, when there is experience but no I doing it — are the ones that we later describe as wholly satisfying, blissful, and even divine.

The experiences in which we are gone are the ones that we most crave.

The remedy for the little voice in our head is three-fold: First, we have to get exhausted by it and become so fed up as to decide that we’re not willing to listen anymore. Once that’s happened, we must start noticing our narrator and become conscious of its voice as an object appearing in our awareness. Finally, we set a clear and fierce intention and desire to experience life directly, through our senses, now, and not just receive reports on it. We commit to diving deeply and directly into the ocean of life.

Listening to the little voice in your head is a habit — one with deep roots, survival instincts, and lots of practice, but still a habit. With desire, willingness, and intention, any habit can be changed. Each time you catch the voice in your head describing or commentating on your life, practice a new habit: directly experiencing your actual experience. Each time you hear your little voice, pause and celebrate a moment of awareness; the fact that you’re hearing it means that there’s another part of you awakening — the you whom the narrator is narrating to. Next, intentionally shift your attention from your head (which is where our energy is usually focused) into your body. Invite your body to consciously relax. Take and feel a deep breath. From there, run a sense loop: See what you’re seeing, hear what you’re hearing, feel what you’re feeling, smell what you’re smelling, and taste what you’re tasting. Experience each, one at a time. Finally, sense your own physical presence, the feeling of aliveness in your body (but not your mind). With this practice, the little voice will grow quieter and less relentless, and the living will become more vivid, satisfying, immediate, and, ultimately, real. 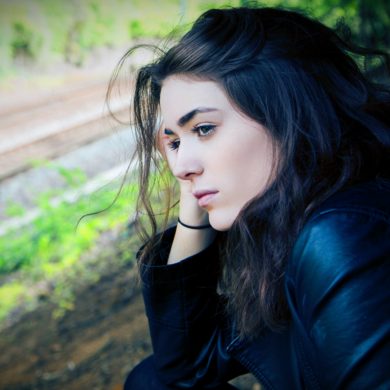 5 Ways Emotional Intelligence Can Help Us Through The Coronavirus Crisis
We use cookies on our site to give you the best experience possible. By continuing to browse the site, you agree to this use. For more information on how we use cookies, see our Privacy Policy
Continue