How To Reduce Damaging Conflict In Your Life, Work And Relationships 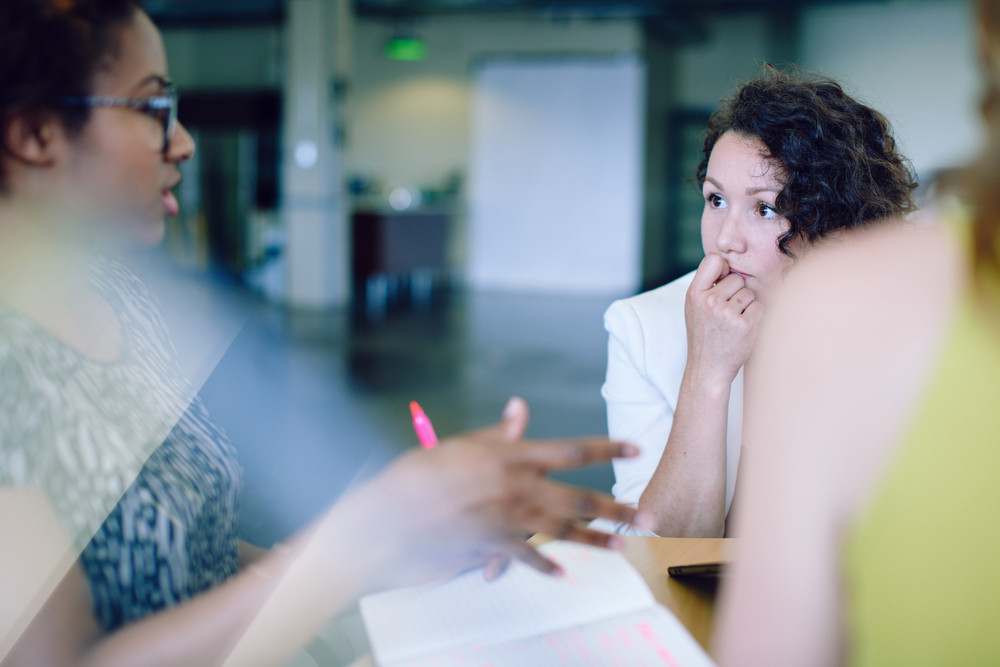 As we all know, some degree of conflict in our work and personal relationships is unavoidable. Human beings are organisms with very different values, upbringings beliefs, mindsets and approaches to achieving their goals. And living and working together inevitably generates disagreements in how we see life and the challenges in front of us, and the ways we wish to achieve our goals and visions. But some people seem to have a special ability to manage conflict in ways that create avenues for collaboration and success, while others do the opposite—they escalate and exacerbate conflict so it becomes more destructive and demoralizing.

To learn more about this important topic, I was excited to catch up with Dr. Jennifer Goldman-Wetzler, an expert in helping teams and organizations experience conflict resolution and freedom. Goldman-Wetzler is founder and CEO of Alignment Strategies Group, the premier New York-based consulting firm that counsels CEOs and their executive teams on how to optimize organizational health and growth.

Author of the new book Optimal Outcomes: Free Yourself from Conflict at Work, at Home, and in Life, Goldman-Wetzler is a keynote speaker at Fortune 500 companies, public institutions and innovative, fast-growing startups, where she inspires audiences of all kinds, including those at Google, Harvard and TEDx, and in her popular course at Columbia University.

A former counter-terrorism research fellow with the U.S. Department of Homeland Security, she is a graduate of Tufts University and holds a Ph.D. in Social-Organizational Psychology from Columbia University. In her book, Goldman-Wetzler shares that, in order to free ourselves from recurring conflict, we have to break the pattern of the conflict loop by doing something different from what we’ve been doing in the past.

Here’s what she shares:

Kathy Caprino: What’s the number one mistake people make when faced with a conflict?

Jennifer Goldman-Wetzler: The number one mistake people make when faced with conflict is dealing with a situation the same way we have before, yet expecting a different result. In my work and book, I identify four common conflict habits that get us into trouble: blaming others, blaming ourselves, avoiding others, and relentlessly trying to collaborate even when others refuse to cooperate. We engage in these habits with the best of intentions. We goodnaturedly want to learn from our experiences, or stay focused on what really matters, or achieve “win-win” solutions. But when we habitually rely on these strategies regardless of whether they’re appropriate for the particular situations we face, they become overused and of limited use over time.

Rather than dealing with conflict based on habitual reflexes, the Optimal Outcomes practices help us notice how we’ve been operating, and learn how to take different actions to achieve the results we seek.

Caprino: What drew you to work that specializes in conflict?

Goldman-Wetzler: I was drawn to a career specializing in conflict from a very young age, way before I even knew it was possible to formally work in this area.

My father’s parents escaped Nazi Europe, tragically leaving behind family they’d never see again. This came with the emotional and psychological baggage you’d expect: lifelong fear and grief. Like many immigrants of their generation, my grandparents never had access to professional counselors or therapists to help them process their emotions. Instead, their pain sometimes came out in unhelpful ways; in my grandfather’s case, in bursts of anger and rage.

On the other side of my family, my maternal grandmother was the quintessential “conflict whisperer.” Every Sunday, my grandmother, parents, brother and I would drive from our apartment in the Bronx to the Connecticut suburbs to visit my aunt and uncle. When screaming and yelling inevitably broke out in the car, my grandmother would stop the bickering. She’d simply whisper “Sha, sha, sha,” and then she’d tell us a simple story. Everyone would quiet down. Her very presence and the sound of her voice were enough to soothe our nerves.

Learning to deal with my grandfather’s rage, and through my grandmother’s example, I naturally became the “conflict whisperer” of my family, too. I eventually made it a formal career path.

Caprino: Why do so many people get stuck in what you call a “conflict loop?”

Goldman-Wetzler: Half a century of research has shown that conflict is naturally cyclical. Conflict begets conflict. It’s the nature of the beast.

We get stuck in conflict loops when our conflict habits interact with other people’s conflict habits, forming a pattern of interaction that becomes very hard to break. The conflict loop is self-reinforcing. Unless we introduce something different—what I call “pattern-breaking action”—the loop will continue to go around and around.

But we can identify and revise the conflict habits—our own, and others’—that create a pattern. Using these specific practices helps us think about situations from a different point of view, and take new actions to create breaks in the pattern so we can ultimately free ourselves from the loop entirely.

Caprino: You place a priority on conflict freedom over conflict resolution. Would you clarify the difference?

Goldman-Wetzler: Conflict resolution says that conflicts can be resolved by meeting our own and others’ interests in ways that allow all parties to win. But some conflicts are what I call “resolution-resistant.” No matter how many times we or others try to resolve these conflicts, even using “win-win” principled negotiation methodologies that have been successfully used in complex cases over the past 40 years, the conflict remains.

Conflict freedom is helpful in those cases where conflict resolution doesn’t work. Conflict freedom helps us stop trying to resolve something that has shown itself to be unresolvable. Instead, it shows us how to free ourselves from the mindsets, emotions and behaviors that have gotten us stuck. It helps us achieve optimal outcomes—those that take into account our imagined best-case scenario and the reality of the constraints we face. Optimal outcomes are often different from what we thought we wanted, but more satisfying than we ever imagined possible.

Goldman-Wetzler: Striving for “win-win” solutions is often a great thing to do. The problem happens when we always strive for them, regardless of whether our efforts are getting us the results we desire. Seeking to achieve “win-win” solutions when we’re dealing with people who refuse to cooperate, or who are simply not interested in doing so, can be a waste of time, energy, money and resources that could be better spent elsewhere. Brainstorming option after option with others who are not interested in them doesn’t resolve conflict. It just keeps us stuck, unable to move forward.

Caprino: Where and how can anyone struggling with recurring conflict begin to identify the unconscious habits that create destructive conflict patterns?

Goldman-Wetzler: To identify your conflict habits, you don’t need to do anything at all. You only need to stop and observe. It can help to take a pause; in other words, a moment to notice whatever is happening inside yourself and in the world around you.

I’ve identified two types of pauses: a proactive pause and a reactive pause. A proactive pause is when you plan to take a few minutes out of your day to stop and reflect, in this case, on your conflict habits. For example, a proactive pause might involve sitting quietly and asking yourself whether you’ve been blaming or avoiding others, blaming yourself, or seeking to collaborate with others.

A reactive pause is when you take a moment to notice what’s happening while it’s happening. You might catch yourself yelling at your kids, stewing in negative self-talk, or making yet another collaborative overture even though others are not responding in kind. It might feel as though you’re watching yourself in slow-motion on a movie screen, or looking down on yourself from above. This may feel good, or it may feel frustrating, as you watch yourself use your habit and get stuck in conflict. But the good news is that observing how you get stuck is the first step to becoming free.

Caprino: Why isn’t simply walking away from a conflict, or ending a relationship, necessarily the best way to break free from recurring conflict?

Goldman-Wetzler: Sometimes walking away is the way to break free from conflict. Especially for those of us who are habitually collaborative, walking away can help us break free from a tough situation—because it represents doing something different than we’ve done before. It breaks the conflict pattern.

But much more often, the costs of walking away are so high that it seems nearly impossible to do so. For example, imagine the costs of never talking to your mother again, or of disowning your child. Or the costs of firing your best friend. You’re not going to be free from conflict if you’re living with regret, guilt, sadness or pain.

Walking away won’t help if we realize (either consciously or not) that the costs of walking away will cause yet another set of challenges, or we intuitively know that if we don’t develop the courage to deal with this situation now, it will only show up again in another relationship down the line.

Dealing directly with a conflict situation—rather than walking away—often takes a great dose of courage. It takes a willingness to be uncomfortable trying new ways of viewing things and new ways of operating. But when we do, the outcome can be better than we ever anticipated.