If It Doesn’t Suck, It’s Not Worth Doing

If you’re not a little uncomfortable, it's not worth doing. 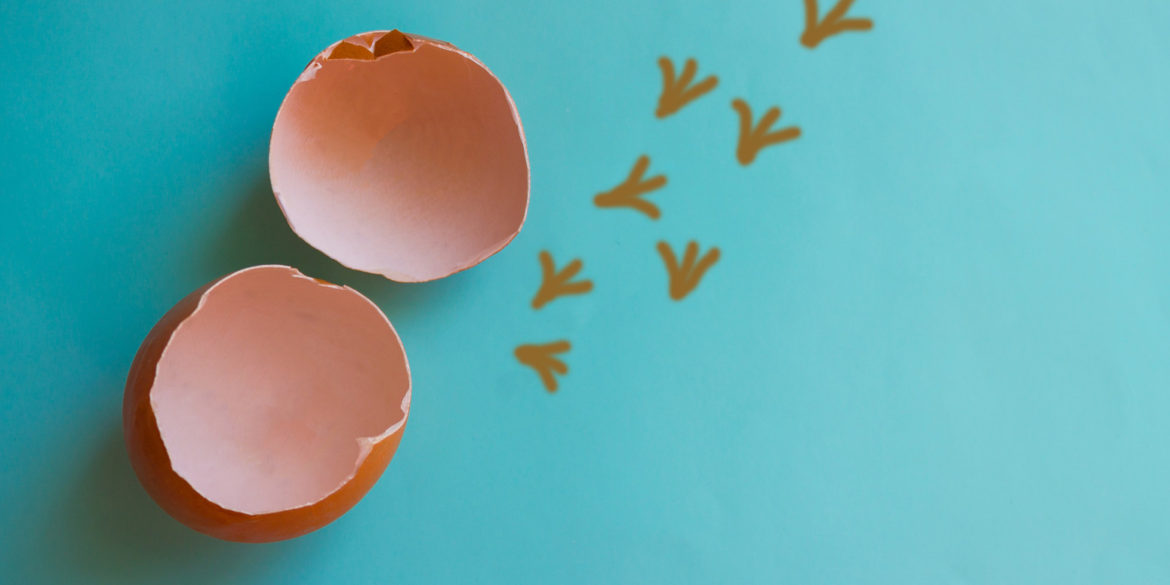 According to psychological research, the anticipation of an event is almost always more emotionally powerful than the event itself.

The dread of asking your boss for a raise is paralyzing and can last months. Yet, once you get yourself to finally do it, it’s over before you know it. The excitement of attaining some object or objective can become obsessive. Yet, shortly after you obtain your desire, you’re bored and in search of something else. “We buy things to make us happy, and we succeed. But only for a while. New things are exciting to us at first, but then we adapt to them,” says Dr. Thomas Gilovich, Cornell psychologist.

Interestingly, your mind can seduce you so much so that the idea of something becomes more satisfying than the thing itself, so you stop at the idea and never make it real. Thus, in his new book, Ego is the Enemy, Ryan Holiday explains that a primary obstacle to success is the idea of success.

It’s so easy to dream.

And that’s where most people stop.

The very act of dreaming stops you from achieving your dreams.

You’ve played-it out in your mind with such intoxicating detail that you become satisfied enough. You become numbed. And you deceive yourself into believing you’ve actually done something productive.

Consequently, when you attempt the activity itself, you immediately hit a stone wall of resistance. More often than not, you quickly distract yourself from the discomfort with some form of momentary pleasure. Yet, Robert Greene explains in his book, Mastery, that you can learn to love this internal resistance. In his words, “You find a kind of perverse pleasure in moving past the pain this might bring.”

How To Get Out Of Your Rut

In his book, Living with a SEAL, Jesse Itzler tells the story of being inspired by a certain Navy SEAL and consequently inviting him to live at Itzler’s home for a month. Itzler admitted being in a personal rut and wanted to shake himself out of his routine.

Day 1: “SEAL” asked Itzler, “How many pull-ups can you do?” Itzler squeaked out eight shaky pull-ups.

“Take 30 seconds and do it again,” SEAL said. 30 seconds later, Itzler got on the bar and did six, struggling.

“Take 30 seconds and do it one more time,” SEAL said. 30 seconds later, Itzler got on the bar and did three, at which point his arms were exhausted.

“Alright, we’re not leaving here until you do 100 more,” SEAL stated. Itzler was puzzled. “Alright, we’re gonna be here a long-time. Cause there’s no way I could do 100.” However, Itzler ended-up completing the challenge, doing one pull-up at a time. Thus, SEAL convinced Itzler that he could do way more than he thought he could.

The principle SEAL taught is what he calls the 40% rule — which essentially means people feel maxed-out mentally and physically, and thus stop, when they are at only 40% of their actual capacity. Going past this 40% capacity is when it becomes uncomfortable. Thus, SEAL’s mantra, “If it doesn’t suck, we don’t do it.”

The Power Of Objective-Based Pursuits

“The pain is a kind of challenge your mind presents — will you learn how to focus and move past boredom, or like a child will you succumb to the need for immediate pleasure and distraction?” — Robert Greene

Like Itzler who shattered a mental barrier by completing 100 pull-ups, you too can get out of your rut by pursuing tangible objectives.

The concept is: Do something and don’t stop until it’s complete, no matter how long it takes.

Your goal is to learn how to accomplish hard things without continuously distracting yourself. You want to develop what Greene calls “A perverse pleasure” in experiencing internal conflict, and sitting with it.

This concept is embedded in Crossfit. Unlike most people, who check their smartphones between exercise “sets,” at Crossfit, you have a specific objective and you kill yourself until it’s done.

You can apply this principle to anything and everything. You can do a homework assignment and just do it until it’s complete. You can write an article and stick-to-it until it’s published. You can do 100 pull-ups, or run 5 miles, and go until you’re done. Who cares how long it takes?

The Greatest Opportunity In History

In his book, Deep Work: Rules for Focused Success in a Distracted World, Cal Newport states the following:

Without question, we live in the most distracted time in human history. It is almost impossible to remain focused on a single task for more than a few minutes at a time.

The law of opposites is in effect. With every action, there is an equal and opposite reaction. While most of the world is becoming increasingly distracted, a select few are capitalizing on this fact.

Hence, Economist Tyler Cowan has said, “Average is over.” The middle-class is gone. Either you’re among the select few who are thriving, or you’re like most people who are distracted, overweight, and struggling.

The choice is yours.

When something sucks, do you quit? Or do you push-through and eventually enjoy the satisfaction of growth and success?

Anything worth doing is going to suck at the beginning. Anything worth doing is meant to require pain and sacrifice. Herein lies the problem facing America, which originally was built on the moral of impulse control. What once used to be a country filled with people sacrificing momentary pleasure for a better future, the overpowering message of today is live for the moment.

And that’s exactly what people do. They live for this moment. Consequently, when something sucks or becomes hard, most people quit. Most people indulge themselves in momentary satisfaction at the expense of a better future.

To make matters worse, the twin “truth” of today’s culture is love yourself for who you are. The self-esteem movement of the late 20th century is an enormous contributor to America’s faltering success.

People are taught to love themselves regardless of their performance. Thus, they justify mediocrity. Yet, Asian’s and other immigrant groups who often are considered to have low self-esteem consistently outperform American’s who have high self-esteem.

Unlike in other parts of the world where hard work is seen as a virtue, the repeated phrase in America is: “Don’t work too hard!” Success these days is to get as much as you can for as little work as possible.

In the book, “The Triple Package: How Three Unlikely Traits Explain the Rise and Fall of Cultural Groups in America,” Amy Chua and Jed Rubenfeld explain that most successful people not only control their impulses but also have an implicit sense of inferiority.

These people may have confidence, yet, they remain unsure of themselves. They have a chip on their shoulder due to being oppressed in some way. So they continuously push themselves, regardless of how successful they become, to prove themselves. They are never satisfied with what they’ve done. They continue to feel inferior.

These very traits are awarded in today’s economy because they are so rare. Again, few people control their impulses but instead live for the moment. And few people, especially in America, have any sense of inferiority. Rather, most people have bought into the myth that you must first love yourself before you can become successful.

True confidence is earned. It’s earned by succeeding. Not by wishing for success.

True confidence emerges when you consistently push-through things that suck. The longer you sit with the boredom, pain, and discomfort — and actually create something meaningful, the more confident and successful you will be.

Hence, Ryan Holiday explains in an interview with Lewis Howes: you are rewarded for the work you actually accomplish. Not the promises you make.

Doing the work is hard.

Getting into elite physical condition is brutal.

Building deep and committed relationships is nearly impossible. Most marriages end in divorce.

Developing deep spiritual maturity requires giving-up who you want to be for who you really are.

All of these things “suck,” at least initially, and in-the-moment. However, if it doesn’t suck, it’s not worth doing. And you absolutely can learn to endure the discomfort of the moment to build a life worth having.

If you’re stuck in a rut, like Itzler, challenge yourself to complete specific objectives — no matter how long they take.

“A life that doesn’t include hard-won accomplishment and triumph over obstacles may not be a satisfying one. There is something deeply fulfilling — even thrilling — in doing almost anything difficult extremely well. There is a joy and pride that come from pushing yourself to another level or across a new frontier. A life devoted only to the present — to feeling good in the now — is unlikely to deliver real fulfillment. The present moment by itself it too small, too hollow. We all need a future. Something beyond and greater than our own present gratification, at which to aim or feel we’ve contributed.” — The Triple Package

Anything worth doing brings the satisfaction that distraction never can. Don’t give into the resistance. Push through the difficulty. That’s where a joy that those who stop will never taste.

“Happiness leaves no bad after-taste, it is followed by no depressing reaction; it brings no regret, entails no remorse. True happiness is lived over and over again in memory, always with a renewal of the original good; a moment of pleasure may leave a barbed sting, [as] an ever-present source of anguish.”

Originally published on The Ladders. 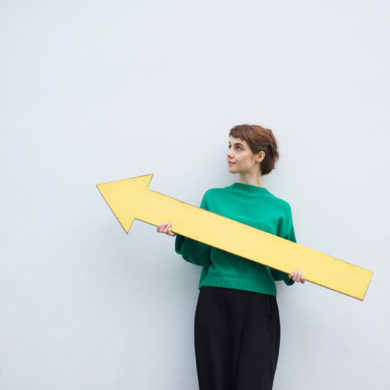 4 Habits That Will Transform People from Just Average to Simply Amazing
We use cookies on our site to give you the best experience possible. By continuing to browse the site, you agree to this use. For more information on how we use cookies, see our Privacy Policy
Continue