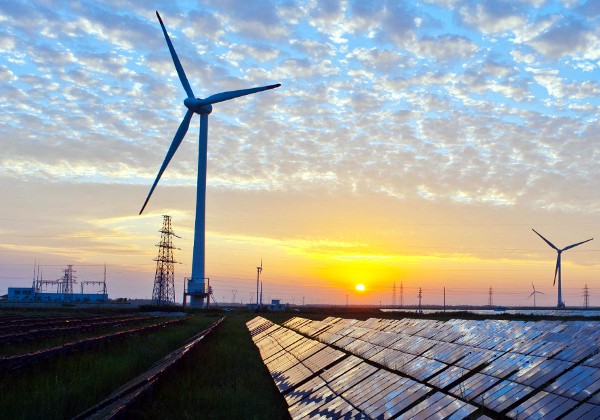 By 43 votes to 32, the Assembly of the State of California has approved a measure requiring all energy used in the sunshine state to be from renewable sources by 2045. At present, 44% of energy already is, with 9% coming from nuclear energy, 34% natural gas and 13% coal and other hydrocarbons.

What’s particularly interesting about California’s approach is that it takes into account something most people forget: renewable energies are technologies, not fuels, and therefore their prices are subject to the experience curve. As with Swanson’s law, which means that every time the number of solar panels produced is doubled, the price drops by 28% and its efficiency increases to the point of having already converted solar energy into the cheapest form of energy generation available, and that can only get cheaper

Renewable energy is cheap, but the drawback is availability. The sun doesn’t shine at night and sometimes there’s no wind does. The only way to surmount this problem is by expanding storage capacity through batteries, which are only used in a tiny amount of facilities in the world, mainly due to their price. At current prices, forecasts predict that by 2040, only 3% of the energy produced in the world will be stored there.

Again, the important thing to remember here is that the batteries are a technology and therefore, their manufacture is subject to the same type of economies as solar panels, which allows us to anticipate a battery revolution that some are capitalizing on already. The megafactories already built by Tesla and Chinese companies take into account the learning economies derived from the experience curve and foresee falls in the price of batteries as the number of batteries produced increases thanks to demand for domestic storage or electric vehicles, which make up more than 50% of the current price, taking into account that this cost has already fallen by 80% over the last decade. At these prices, replacing the power plants that burn hydrocarbons with renewable energy plants and batteries will not be just about protecting the environment and fighting climate change, but the best option from a purely economic point of view.

To plan the future, we have to see the whole equation, taking into account all the elements involved. Making more batteries depends on demand, and demand depends on use. Bringing about the end of the internal combustion engine will require the sale of many more electric vehicles, which means much more battery manufacturing so we can reach economies of scale and learning and reduce prices. This is what California is pursuing by making the installation of solar panels in all new homes built after 2020 mandatory: not only to lower the price of solar panels, but to promote the installation of domestic batteries in these homes that allows them to be used, as is currently being done, as distributed battery systems when conditions demand it. Australia has also launched a similar plan for its public housing pool, with the installation of solar panels and batteries in 50,000 homes within four years.

California knows that its goal of generating 100% of its energy from renewable sources could be reached earlier than 2045 thanks to increased demand for electric vehicles or solar panels and batteries for new homes. That would allow the state, the third largest and most populous in the United States and with a GDP twice Spain’s, to follow Hawaii’s lead. A benchmark for the rest of world in the fight against climate change on a level similar to Norway.

A lot is at stake here. As a start, we all need to be up to speed on the state of energy generation and accept that the future could be different if we do what we have to do and stop denying reality.