No matter how their personalities appear to others, entrepreneurs all possess a few key, inner characteristics. 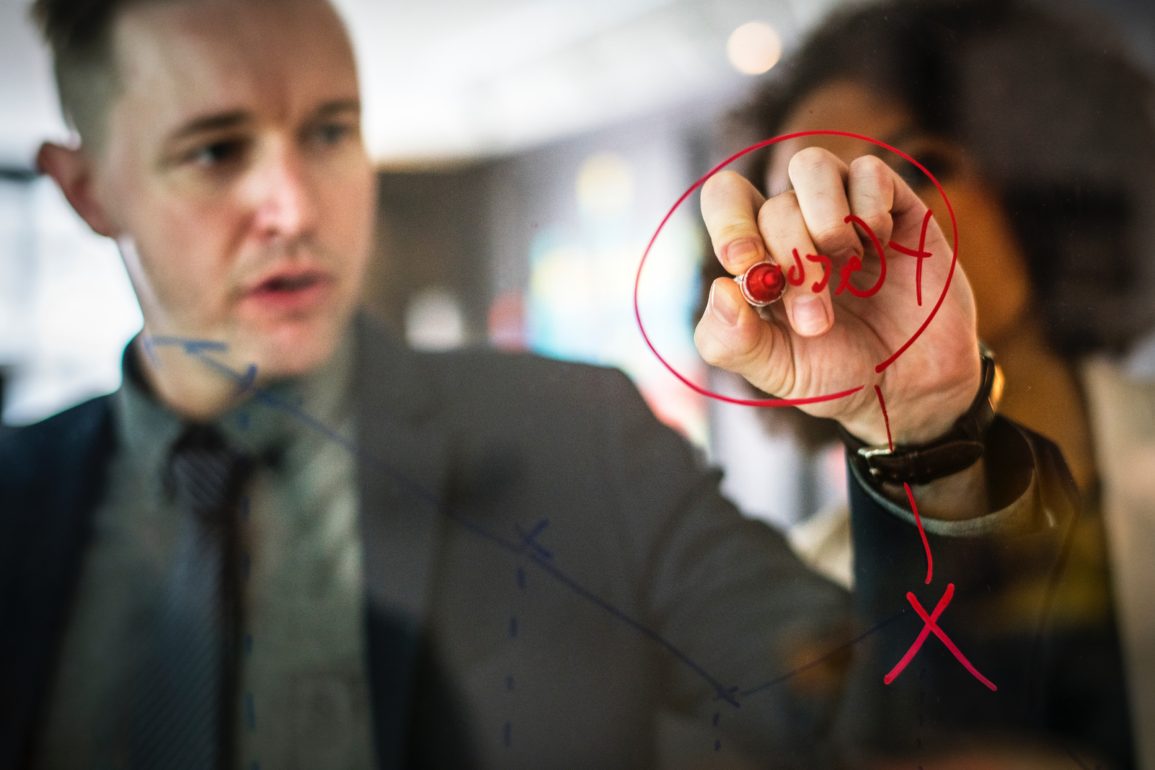 While clear-cut introverts and extroverts may be few and far between–with most people falling somewhere on the “ambiversion” spectrum–there is such a thing as an “entrepreneurial personality,” broadly speaking. That doesn’t mean all successful entrepreneurs are the same, of course. But for all the personality traits they don’t have in common, there are a few core characteristics successful founders share–and some of those traits are more obvious than others.

After all, whenever you read about or personally encounter a successful entrepreneur, you’re observing only the surface of where they are in the present moment. These are some of the more decisive internal qualities that drive founders’ success, no matter which qualities they outwardly project.

To be successful at running their own businesses, founders don’t have the luxury of not doing things when they aren’t feeling motivated or when they get discouraged. They need to keep going despite whatever they’re experiencing emotionally. But that doesn’t mean totally mastering their emotions and controlling their feelings.

The better you’re able to communicate with others and form strong connections, the better you’ll navigate stressful, emotionally trying experiences. It’s the same for successful entrepreneurs. They aren’t unusually cool-headed people who can contain their emotions and avoid reacting irrationally. Rather, they’ve built strong relationships with their staff, suppliers, and customers, and it’s those interpersonal networks that do the emotional heavy lifting when times get tough. The emotional intelligence that it takes to sustain these bonds can prove decisive.

Likewise, successful entrepreneurs delay immediate gratification for the sake of a goal that may be a long way down the road. But they’re only able to make those sacrifices because of the strong support systems they’ve built among the people around them–not because of some superhuman inner strength.

If the idea of starting from scratch and having to rely on yourself frightens you, coping with the ups and downs of the startup experience might be difficult. No matter how their personalities differ, successful entrepreneurs know how to keep going despite the inevitable discomfort of going outside their comfort zones.

This doesn’t mean they’re boundlessly self-confident, though. We tend to romanticize extroverted founders who show outsize confidence, but many in reality grapple with uncertainty all the time. The real key is about being able to function well in spite of feeling uncertain. Unlike those who require the security (real or imagined) of a full-time job, successful entrepreneurs have a greater fear of being stuck in their comfort zones and not reaching their potential.

It isn’t that facing ongoing uncertainty is a thrilling experience to every founder, or that every successful entrepreneur has unshakable confidence in spades. It’s that no matter what challenges come their way, they believe it’s in their own power to determine their future. That instinct for self-reliance is key.

3. AN IMPERSONAL ATTITUDE TOWARD FAILURE

One trait all entrepreneurs share is optimism. Many people see failures and setbacks as evidence that they aren’t as capable as they’d imagined. They start thinking pessimistically and give up. Successful startup founders tend to approach failure with a more optimistic mind-set. Many people who run their own businesses have faced major roadblocks, sometimes many times, before finding success.

This truism is so often recited that it’s by now cliché, but entrepreneurs’ perennial optimism is more the symptom than the cause; to remain optimistic in spite of failure requires a certain level of personal detachment. Take perhaps the most cliché example of all: When it took Thomas Edison some 10,000 tries before inventing the light bulb, he allegedly quipped that he’d discovered 9,999 ways that didn’t work. All those misfires weren’t a referendum on his skills or the likelihood of success. Rather than taking failure personally and lapsing into pessimism as a result, he saw each frustrating incident as an opportunity to learn more, move on, and try again.

Not all entrepreneurs have personalities that exude optimism, but all possess it deep down, largely because of this knack for detached–and dogged–experimentation.

4. WILLINGNESS TO BE WRONG

All successful business owners are curious people, committed to lifelong learning. They recognize the need to keep up to date, not only about the particulars of their own industry but also about the wider world. They’re constantly on the lookout for better, more efficient, productive ways of doing things. This much, anyhow, is widely understood.

But less conspicuous is an underlying trait that we don’t often celebrate–or even notice–in successful founders: the willingness to scrap their assumptions and test a totally different idea. Just as an impersonal attitude toward failure is a prerequisite for optimism, this discomfort with the status quo gives rise to the outward appearance of a restlessly curious mind. Some of the more extroverted entrepreneurs may carry an air of certainty and self-possession, but chances are they’re more willing to admit to being wrong than you might imagine.

No matter how self-assured they may seem at one moment, they’re usually capable of conceding defeat at another, once it’s clear their thinking needs to change. Since standing still often means falling behind, successful founders know when to abandon their routines and past assumptions in order to try something new.

5. (INFORMED) TRUST IN THEIR INTUITION

One constant when it comes to starting a new business is never having all the information you need. If you can’t make a decision without having a full, clear view of the circumstances, you might not make it as an entrepreneur. Successful founders see and act on opportunities even when they don’t see the complete picture. To fill in the blanks and blind spots just enough in order to be able to act, they need to have a high level of trust in their own intuition.

This doesn’t mean taking blind leaps or uninformed gambles, though; indeed, successful founders aren’t always the bold risk-takers they’re chalked up to be. Instead, they know how to draw on “gut instinct” in order to supplement the facts they do have on hand. Entrepreneurship requires getting used to operating in unfamiliar territory, with little firsthand experience for how deal with a novel situation. That takes a certain left of confidence that you’ll find a way somehow or other, even when you aren’t entirely sure how.

Taken together, these five characteristics make up what you might call an entrepreneurial personality profile. But because they’re mostly internal, sometimes even hidden qualities, they’re often easy to miss. The good news is that anybody with these traits–introverts, extroverts, and ambiverts alike–has an opportunity to become a successful founder, no matter how they might seem on the outside to others.