By Vunela
In The Talks
11 min read

Iveta Radicova was the first female Prime Minister of Slovakia. During her political career, Radicova led the 2010–2012 Coalition government, in which she also held the post of Minister of Defence. From 2005 to 2006, she served as Minister of Labour, Social Affairs and Family.

Radicova began her political career in 1990 as a member of the Public Against Violence movement, serving as a spokesperson of the party until 1992. In 1991, Radicova founded the Center for Analysis of Social Policy, one of Slovakia’s first NGOs, and served as its executive director until 2005. During this period, she also lectured in the departments of sociology, political science and social work at Comenius University. In 2005, she was named a Professor of Sociology by the Faculty of Philosophy at Comenius University, making her Slovakia’s first female professor of sociology.

Radicova has published and edited numerous books and studies mapping the transformation of the social system in Slovakia and other post-socialist countries. She has taught as a visiting professor at universities in Austria, Belgium, Czech Republic, Finland, Sweden, UK and US. Lan Anh Vu sat down with Radicova to hear more about her journey and her thoughts on women in politics.

My Political Career
In each of our lives, there are different lotteries. The first is biological and affects place of birth. My lot was to be born in Slovakia, with all of its surrounding circumstances and all of the changes between two totalitarianism systems during one generation. And then it was a social lottery; either you can be a part of the reproduction of the system or you can do something that will change the totalitarianism system. I decided on a profession in sociology and was active in the nongovernmental sector.

Shortly after the 1989 Velvet Revolution, between 1990 and 1992, I was a spokesperson of the post-revolution movement, Public Against Violence. I was very active in building civic society since I strongly believe that a major pillar of democracy is a strong civic society. During that period, I pursued postdoctoral study at University of Oxford for a year with the hope that I could use that knowledge to advise government bodies on social and family policies and participate in the approximation of European legislation in employment and social affairs before Slovakia’s accession into the European Union.

In 1991, I founded one of the first NGOs in Slovakia, the Center for Analysis of Social Policy, and served as its executive director until 2005. Then I got an offer to join politics. At first, I hesitated to accept the offer, but then I gave it a try. From 2005 to 2006, I served as Minister of Labour, Social Affairs, and Family. Then I was elected as a member of parliament in Slovakia and deputy chairman of the Parliamentary Committee on Social Affairs and Housing. So, that was my journey and my different forays into political activity before I decided to lead the government of Slovakia.

Challenges
How do you increase not only the number of people — the quantity — but also the feelings inside people so that they are satisfied? What is the role of politics? It is to work toward the satisfaction of citizens, so that they are happier than they were yesterday because you have prepared conditions for younger generations to have better situations than their parents. And if that isn’t the case, then you did the wrong things. The challenge is to improve the conditions in society so that most citizens feel and are satisfied with their lives.

Lessons Learned
Several political scientists have said that the likeliest background for a successful politician is law, because lawyers work with words. Then they compared law with science and concluded that science is not a good profession in preparation for politics, because for academics and scientists, there’s always an internal fight, such as what kind of solutions to decide upon, because words are multicolored. In politics, you very often have to decide yes or no. It’s not like the decisions in science. Plus, scientists try to fully understand the phenomenon before they decide. I think about it not as if there is always a good and bad decision, but what I have done is always put on the table the risks connected with one or another kind of decision. And then I decide according to the analysis of the risks that I can compensate for. About those which I cannot compensate for inside myself, I just wouldn’t make those decisions. So, that’s how I reconcile science and politics.

Women in Politics
Above all, there is a precondition for and assumption about women who would like to enter the political field and achieve a high office of ministerial duty. Many women don’t want to get involved in politics, because of the environment, the atmosphere, the procedures of politics, and the rules of the game. Politics is a tough game and often not fair at all. There’s an opposition party that wants to find your flaws, expose them, embarrass you, and tear you down.

In addition, there are many negative connotations of politics. There’s a negative portrayal of politicians as being unfair, as being liars and thieves. Many women do not want to be part of politics due to such labels and politicians’ positions in society.

Having a family and childbearing is an obvious social barrier. For women with young children and family in a traditional society like that of central and eastern Europe, family always comes first. I decided to join politics when my child was an adult. Many women are prepared to get involved in politics when their family duties do not include being responsible for young children.

We can increase the number of women in politics, but first we have to destabilize politics, even if stability is a precondition. You cannot change the system only from the inside; that will never change the labels and situation of politics. What you need to change is the expectations of citizens about politics and their evaluation of politics. We have to start to work more from the outside and prepare the field for entrance in order to change politics.

My Definition of Success
For me, success in politics is having concrete solutions that can improve everyday life for different social groups. I’m proud that I have made several such decisions and been the coauthor of legislation that has changed the lives of many people in the country, including families, children, the unemployed, and pensioners.

Advice for Young People
Young people should invest in education and then make a good decision concerning qualifications. Many people’s decision are usually based on assumptions about which profession can guarantee them a better standard of living. I personally think that that’s not a good path to solutions; you may get well paid, but you will find yourself without true joy or satisfaction. Be honest with yourself about what you really want to do and what you want your life to look like — the purpose of your life. That kind of sense can’t be found on the Internet. So be very careful concerning your life; you need to differentiate the online and the offline. Real life is offline. 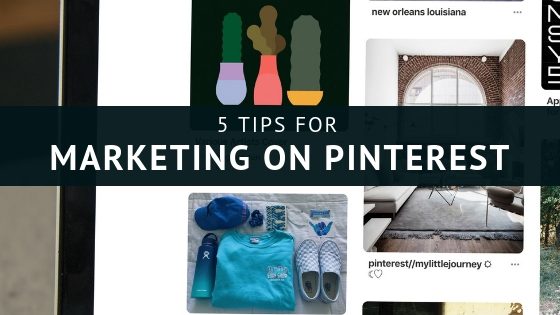 5 Tips for Marketing on Pinterest
We use cookies on our site to give you the best experience possible. By continuing to browse the site, you agree to this use. For more information on how we use cookies, see our Privacy Policy
Continue