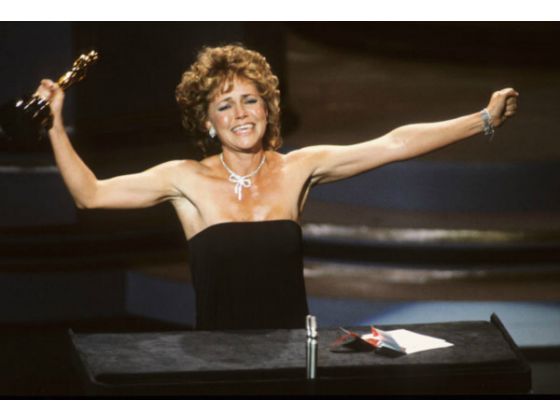 Famous words uttered when Sally Field won her second Oscar for the drama Places in the Heart.  That earnest, vulnerable moment became the butt of countless jokes over the years.

To be fair, it may be that this adjective – likeable – is applied more to women than it is to men. Each of us is constantly judged by the immediate impressions’ others have — they decide if they like us or trust us based not our résumés, nor our work, but rather on looks and perception.

Male candidates are judged by likeability, too. We call it “charisma,” or talk about it in terms of which guy we’d rather have as a golf partner.  But it’s the same thing. When two men are running against each other for office, is it fair that the taller candidate almost always wins, or that a full head of hair may be worth a point?

When we attribute leadership qualities to politicians, who knows what arbitrary factors influence us?

It might be that the likeability question is confronting women more lately simply because we are seeing more viable female candidates running for president, Congress, the boardroom, and at the top or organizations.

Still, there is a sense that the likeability scale is a new phenomenon and that, but when it comes to women candidates, whether it be in politics or at the helm of an organization, we ought to be focused on things that matter, like her experience and worldview.

The first questions a reporter asked Kirsten Gillibrand when she announced her candidacy for president was whether she saw herself as pretty likable, a nice person, and whether that was a “selling point.” He compared her to another Democratic senator considering a run for president whom he also deemed likable — Amy Klobuchar of Minnesota — and asked whether voters want “someone like that now.”

Women face a double standard when it comes to public scrutiny – even as Americans say they’re ready for a female president or a woman at the top of an organization.

Male candidates face intense scrutiny on many counts but “likability” is seldom one of them.  How many have been asked by anyone personally or professionally whether or not they are likable?

Look at Jill Abramson, the first woman executive editor of the New York Times, who was described by staffers as “impossible to work with,” and “not approachable,” just days after the paper won four Pulitzer prizes under her leadership (the third highest number ever received by the newspaper).

It seems that high-achieving women experience social backlash because their very success – and specifically the behaviors that created that success – violates our expectations about how women are supposed to behave.

Women are expected to be nice, warm, friendly, and supportive.  So, if a woman acts assertively or competitively, if she pushes her team to perform, if she exhibits decisive and forceful leadership, she is deviating from the social script that dictates how she “should” behave.

By violating beliefs about what women are like, successful women receive pushback for being insufficiently feminine or too masculine. They are known by the “B” word and we often don’t really like them.

And being “likeable” means different things to different people – social, racial and gender bias become real barriers.   During the course of my career, I encountered men who said terrible sexist things to me and I would push back. Then my mentors would tell me that I needed to “watch my tone” and not become “over-emotional.”

Silly me, I’d forgotten to smile sweetly and make a joke about their behavior.  And worse yet, I forgot to add a happy smiley face at the end of the email.

I am sure there are many women who have been asked to watch their tone –a.k.a. code for aggressive, pushy or bossy – all the negative traits associated with a woman exercising power.  This is not an uncommon thing for women in leadership.

But women? We have to be liked!  We automatically adjust our behavior to be likable.

And, if I’m completely honest, as women we do care what others think about us and that gives us less power in the boardroom and in our personal lives.

In a world where we want the top jobs and equal pay and equal rights, we have to stop playing a supporting role in our own lives.

By wanting to be liked, we are more concerned with what others think about us than with doing the very best job, even if it’s not popular.

Last year, 2018, was the year of the woman in politics!  Female politicians weren’t running for office to be gentle, they were running to govern. They weren’t planning to be benevolent mothers, they were planning to be legislators, period!

The thing about the likability question is it doesn’t really matter in the end.  Women candidates made it to Washington despite the tweets and despite centuries’ worth of people not liking them.

We can like women later. Let’s start by getting them in the room and at the top.