Listen to the Power of Quiet People 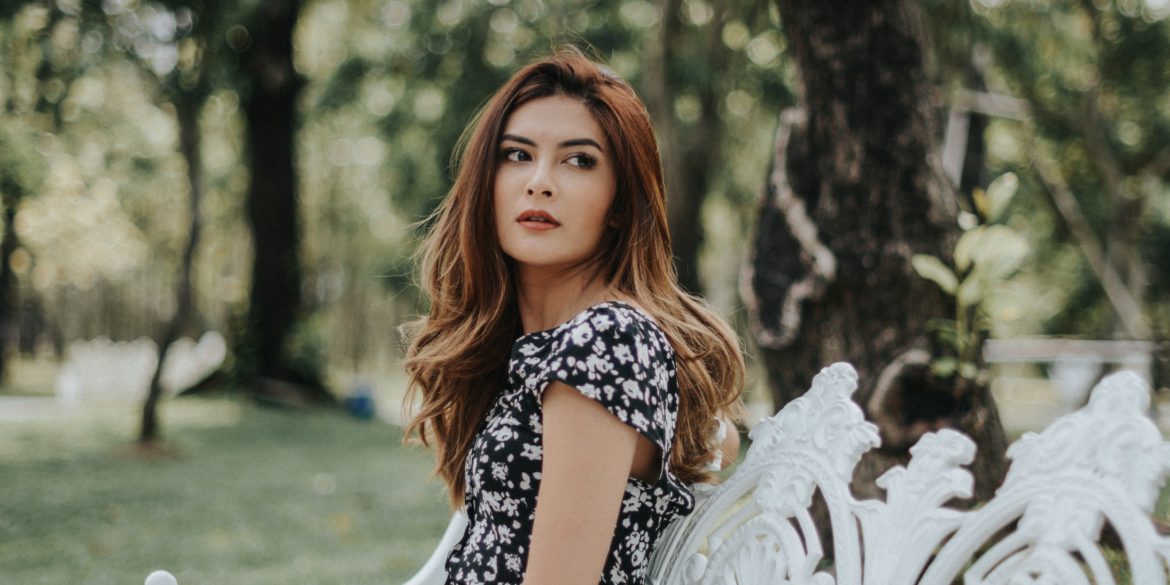 Are you an introvert or an extrovert?

That’s a tricky question. I have a hard time answering it myself.

That’s the problem of binary questions — you are forced to choose one or the other. Being quiet is a choice — you can be more outspoken in specific scenarios or more withdrawn in others.

Who you are cannot be limited to one label. Especially, when those labels are loaded terms. Our society favors action versus contemplation — extroverts have more positive buzz.

Quiet people have a unique power — everyone, them included, needs to pay more attention to it.

A culture that worships loud people

Our society has a long tradition of trying to define what’s normal — maybe because we have a hard time accepting that we are all unique.

Being left-handed was vigorously oppressed throughout the centuries — lefties were forced to use their right hand to write. Discriminatory practices against left-handers persisted well into the 20th Century.

Similarly, people still believe that being an introvert is not normal — those who act and speak louder are favored.

I remember growing-up, classmates would say, “Why don’t you talk more?” I felt something was wrong with me. I enjoyed listening to others, observing the world, and cultivating my inner-self.

Through time, I became much comfortable with being exposed. I can do a keynote speech in front of thousands of people or facilitate workshops that put me in a vulnerable position. I don’t have an issue exposing myself — many people now believe I’m an extrovert.

So, have I changed?

At some point, I became a victim of the push to being more extroverted. I became too loud — I wasn’t listening or reflecting as much as I usually did. In the past year or so, I’ve been finding balance — I recovered the power of being quiet.

“Society favors a man of actions versus a man of contemplation.” — Susan Cain.

The speaker and author explains on her TED talk how, in the 20th Century, we shifted from a culture of character to one of personality. Being bold, having social influence and charisma became critical traits to define a successful personality

We have an outdated ‘charisma bias’ towards the loud — there’s a cult for charismatic leaders, but that doesn’t warrant better results.

Bill Gates has played a transformational role in the tech world, similar to Steve Jobs. However, in spite of the Gates Foundation social impact, he doesn’t get as much publicity or credit as Apple’s former CEO. Similarly, Steve Wozniak is not as quoted as his co-founder.

The press gives the microphone to those who are loud.

However, most successful stories are the result of collaborations between both introverts and extroverts. Wozniak says that he would never have become a computer expert had he not been too introverted to leave the house when he was growing up.

Quiet people have things to say too and, most of the times, they provide more clarity and depth.

Quiet people have a strong voice

“There is no such thing as a pure introvert or extrovert. Such a person would be in the lunatic asylum. “ — Carl Jung

The terms introvert and extrovert were popularized by Carl Jung in the early 20th century, although both the widespread understanding and usage differ from his original intent. People turned it into a binary approach — you are one or the other.

Jung’ suggested that everyone has both extroverted and introverted sides, with one being more dominant than the other.

Free yourself from the extrovert or introvert label trap.

The Swiss psychologist explained how we recharge our brain differently: Introverts by spending time alone; Extroverts from other people. Similarly, Hans Eysenck proposed that each type has different levels of arousal — their minds and bodies are more responsive to different stimulation.

According to the English psychologist, extroverts have a lower rate of arousal. They need to work harder to get stimulated to the same level than introverts. That’s why extroverted people seek bold challenges, new experiences, and crave for company.

Conversely, quiet people don’t need others to feel recharged. Their voices are already strong — they don’t need to speak louder. Also, being alone with one’s thoughts can be as restorative as sleeping.

Introverts are active when they are quiet.

Introverts have a lot to say but also value the power of being quiet. Silence is not the absence of words, but the presence of focus. The only thing introverts hate more than talking about themselves is repeating themselves.

Purposeful silence is a beautiful thing

“There is always music amongst the trees, but our hearts must be still to hear it.” — Minnie Aumonier

Being quiet is a choice, not a permanent status.

Mental noise can destroy our minds, as I wrote here. Silence is an endangered species that we need to take care about. Noise is both a distraction and escapism. Silence is more than the absence of noise — it allows the presence of everything else.

For Japanese people, silence is an essential form of non-verbal communication — it’s a sign of respect and personal distance. For Westerners, silence means something is wrong. That’s the biggest mistake extroverts make — they assume that, when people are quiet, it’s because they are doubtful, lonely or suffering.

Silence gives you the freedom to be yourself. It’s a beautiful choice that can reap many benefits.

Permanent silence is not always good either — life is a balancing act.

The fear of being ignored, criticized, or attacked by others prevent people from sharing their true thoughts.

Google research discovered that Psychological Safety can make or break a team. People want to feel safe to express their opinions without the fear of being judged by others.

This notion applies to any team — working, sports, friends and family relationships must provide a safe space for everyone to speak up. Quiet people need safe time — let them choose when to talk and respect their opinions.

Everyone should have its turn to speak — avoid one person taking over the conversation. Women feel that they are more often being interrupted by men. The same happens to African Americans or Latinos — sometimes being a minority makes you quieter. Encourage a space where everyone’s voice not only can be listened to but also respected.

Any group — socially or at work — should get better at reading non-verbal cues. Not every silence is the same. Understanding the nuances can help you adjust your behavior. Research by Adam Grant has found that introverted leaders often deliver better outcomes than extroverts do because they’re much more likely to let those employees run with their ideas. Whereas extroverts can get so excited that they put their own stamp on things, overshadowing other people’s ideas.

Accept quiet people as they are. If you lean towards being an extrovert, don’t expect others to behave as you do.

Five ways to give room to quiet people

Quiet people need space too — just as loud people do. These exercises will help hel provide it.

If you tend to talk too much, they will help you value other people’s silence. If you are on the quieter side of the spectrum, share the exercises with your friends and colleagues.

It’s more difficult for women to earn recognition for making a valuable contribution than it is for men. The same happens to quiet people. Make space for everyone to have its turn to share their thoughts and opinions — everyone should agree to abide by the one-voice-at-a-time practice.

A ‘no-interruptions’ rule in meetings or social gatherings helps everyone voices be heard, not just those of loud people.

2. Ask for feedback in advance

Quiet people don’t like to provide feedback on their feet. They prefer to take time to review information before they share their opinions. LinkedIn launched the “Quiet Ambassador” Network to recognize the voice of introverts versus extroverts and teach leaders how to pull the most out of everyone.

Quiet people are given the notes of a meeting in advance so that they can prepare and have a point of view beforehand. Introverts can share their notes and ideas that are added to a website after the meeting.

Humans tend to move from one extreme to the other. In the case of office space, we jumped from closed to open spaces without any balance. Some activities require collaboration among large teams, others small social interactions. Many, demand privacy to reflect quietly on specific issues.

Introverts don’t thrive in an extrovert-centric workplace. Create quiet spaces and experiences for both individuals and small teams.

4. Recover the value of silence

You don’t need to be loud to be smart. Silence adds rhythm and intentionality to your life. When you stop, everything else becomes visible. Encourage those around you to experience how it feels to be quiet but, most importantly, to benefit from silence.

Try not speaking for a couple of hours. If you tend to be the first to give an opinion, force yourself to be the last one. Not just to hold your horses, but to actively listen to others. Pay attention. Most of the time silence means that your ideas add nothing to what has already been said. And that’s okay.

5. Get rid of the binary approach

The introvert versus extrovert thing is doing no one a favor. Choosing sides is never a good thing. Avoid the labels by creating collaboration opportunities. We need both quiet and noise.

Organizations of all types must embrace and promote the collaboration between the quiet and the loud. Stop extroverts rules from bullying introverts because they choose silence.

Silence is a space. Use it wisely. Invite the unexpected to happen.

Create a culture of belonging where everyone feels welcome for whom they are without having to please other people’s expectations. 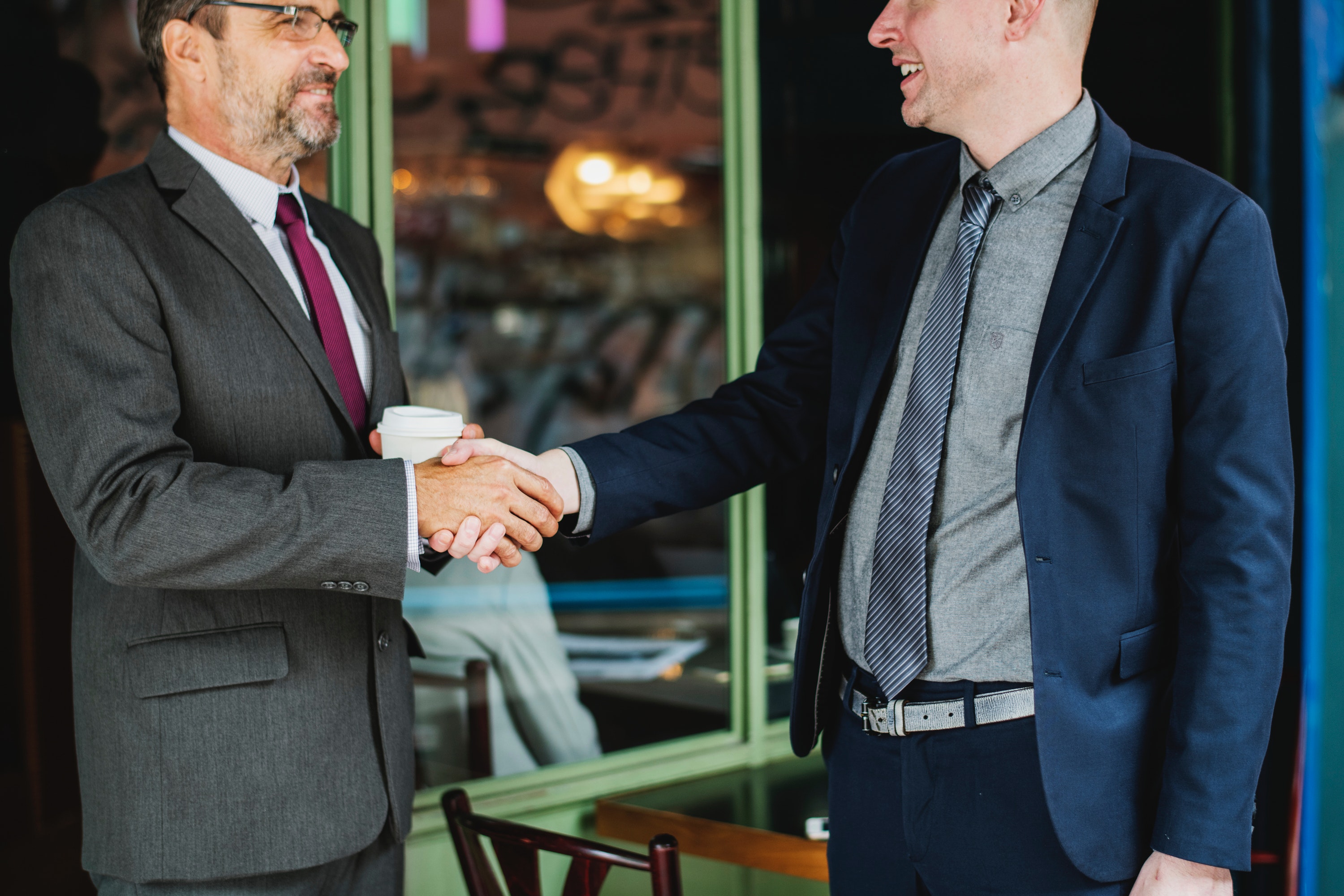 7 Essentials For Leaders To Develop Trust
We use cookies on our site to give you the best experience possible. By continuing to browse the site, you agree to this use. For more information on how we use cookies, see our Privacy Policy
Continue