One Small Step That Can Transform Your Life Today

Research also reveals that the way you behave throughout the process 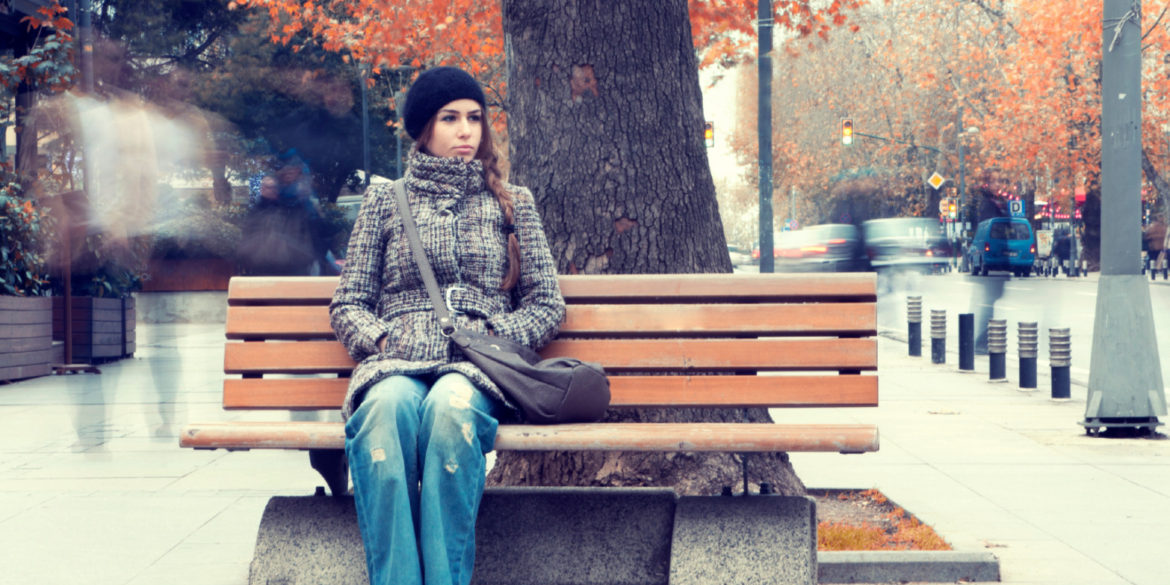 Thousands of articles are published every day on the big steps and strategies to pursue to achieve our most exciting goals and visions. But what I’ve seen is that it’s not in the huge steps we take every once in a while that bring about lasting change, but the tiny, micro steps we commit to taking on a consistent basis that have the most power to transform our lives in lasting ways. And I’ve seen that there is one easy micro step that has the biggest potential to improve your life immediately – this very day.

What’s that micro step? It’s finally, bravely addressing the deeply embedded fears that have morphed into excuses in your life – the excuses that have been in the way of revising or leaving a situation that’s wrong for you – that job you hate, a toxic relationship that damages you, or that misguided direction that someone else told you would be terrific for you, but they were wrong.

This one step amounts to moving from excuses into empowered action because it requires that we finally take back control. I’m defining “excuses” here as the ways in which we let ourselves off the hook (or “excuse” ourselves) from taking brave action, allowing ourselves to ignore or dishonor what we feel, and staying stuck in situations that we desperately want to change.

The deep challenge in letting go of our excuses is that we don’t tend to view our behavior in these situations as “making excuses.” We think we are fully justified in our reasoning, and we believe we have no choice but to stay in these damaging situations, relationships and careers that make us terribly unhappy.

– I’m so unhappy in this marriage, but what else can I do? The kids would suffer too much if I left.

– My family is toxic, but I can’t speak up or assert my boundaries. They won’t let me.

– My finances are in the toilet but it’s not my fault– my line of work has completely dried up and I don’t have any other skills.

– I can’t start my own business and leave my lousy corporate job – I just don’t have the know-how or skills to make it successful.

These may sound like legitimate reasons to stay stuck, but in the end, anything that keeps us from moving forward and taking brave, proactive measures to at least explore and “try on” new, more rewarding directions, is an excuse.

I personally know a ton about excuses because I made so many over the years, particularly those that kept me stuck in a very unhappy 18-year corporate career, during which time I experienced chronic illness, gender discrimination, sexual harassment, zero work-life balance, toxic colleagues and narcissistic bosses, and crushing politics. But worse than all that was waking up every day feeling that my work had no  value or positive meaning in the world — that I was wasting my abilities and talents and a good part of my life. But once I stopped allowing myself to make excuses, my life transformed (it was one fateful conversation that did it, in fact).

In working with so many people who’ve transformed their lives against all odds, it’s clear that

when we decide that we’ll finally do whatever it takes to forge a better life in the face of our fears, and when we recognize without doubt that we deserve to be happier, all excuses fade away.

Let’s break it down and examine how “excuses” (which are just fears that have been justified and sanctioned) are at the heart of each of these beliefs:

Thousands of people fear that if they’re over 40, they’ll have to start over and will lose everything if they shift or modify their career. They hear nightmares of people who changed direction and went broke, and they believe that will be their own plight.

Reality: You don’t have to chuck everything and start over from scratch in order to revise your career to something better. Successful career change involves a smart, well-thought-out process of 1) identifying your top skills, 2) deciding how you wish to leverage those in a different direction, 3) understanding the specific outcomes you’d be most excited about contributing to and supporting, and 4) doing the work of exploring and “trying on” the top three directions that excite you most, and 5) networking extensively to get the support you need to connect with new opportunities.

Excuse #2: I’m so unhappy in this marriage, but what else can I do? The kids would suffer too much if I left.

So many folks buy into the misguided belief or fear that divorce has to be terrible for all involved, so they won’t take action to end an unhealthy relationship that’s bad for everyone.

Reality: Yes, research has shown that divorce can be very hard on young children, but research also reveals that the way you behave throughout the process of dissolving your marriage and afterwards, and other factors such as the emotional health of the parents and putting the well-being of children first as a priority, can mitigate the negative impact. As a marriage and family therapist, I witnessed the reality that a good divorce is better for children than a bad, unhealthy marriage and family life.

Excuse #3: My family is toxic to be with, but I can’t speak up or set boundaries. They won’t let me.

Family is complicated. We’re entwined with people whom we may love but disagree vehemently with, in terms of their values, beliefs and actions. To build a healthy family life, we have to understand where we end and others begin, and protect our values and beliefs while being flexible enough to allow others to feel what they feel and believe what they believe.

No one “lets” you do anything or “makes” you feel something. We are the masters of our own ship (or should be), and we are the ones who need to be in control of what we do, think and feel. It’s insufficient boundaries and an inability (or fear) to stand up boldly for what you need and want that allows people to mistreat and disrespect you.

Excuse #4: My finances are in the toilet but it’s not my fault– my line of work has completely dried up and I don’t have any other skills.

Over a period of years, the landscape of employment changes, sometimes dramatically. That’s a fact. Some industries change and die, and others are born or reformed. Many professionals remain stuck in anger and resentment that the career they started out with has failed them, yet they do nothing to address it.

Reality: Your finances and how you earn, spend and save are within your control to shape, regardless of whether or not you recognize that. To continue to earn good money doing work you enjoy, you’ll most likely have to be more flexible and responsive to the shifts in our economy than you anticipated when you started out. If your field or profession has disappeared, you need to expand your toolbox, and acquire new skills that are in demand in the new economy.

Excuse #5: As much as I want to, I can’t leave my corporate job and start my own practice/business — I don’t have the know-how or skills to make it successful.

A vast majority (almost 70%) of corporate professionals in the U.S. are in some form or another disengaged from their jobs. Many dream of leaving the confines of corporate life, and starting something of their own that will allow them to honor more fully who they really are. They stop themselves from moving forward because they’re terrified. They don’t recognize the wealth of skills and knowledge they’ve amassed that will serve them powerfully in a new kind of livelihood.

Your belief that you don’t have what it takes will keep you from doing what’s necessary to get what it takes.

Thousands of successful startups, apps and organizations have been founded by people who didn’t initially have the “skills” to make it, but yet, they have succeeded brilliantly. Don’t let “I’m not smart or qualified enough” stop you from launching your new business, app, or passion project. Leverage what you know, and obtain the new skills you need by acquiring the right kind of help, and avoiding the wrong kind.

This can truly be a better, happier more successful year if you stop making excuses and start honoring who you are and what you really want.

For more from Kathy Caprino, join her new webinar The Quickest Path To Your Happiest Career (and Life) and download her e-guide “A Surefire Plan To Figure Out What You Really Want.” 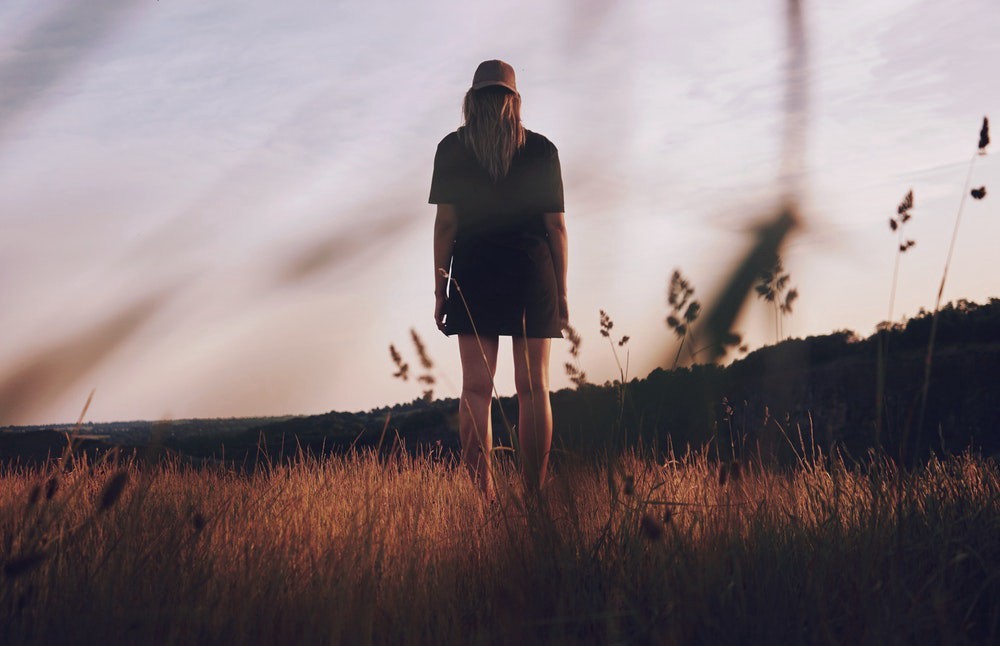 To Have What You Want, You Must Give Up What’s Holding You Back
We use cookies on our site to give you the best experience possible. By continuing to browse the site, you agree to this use. For more information on how we use cookies, see our Privacy Policy
Continue