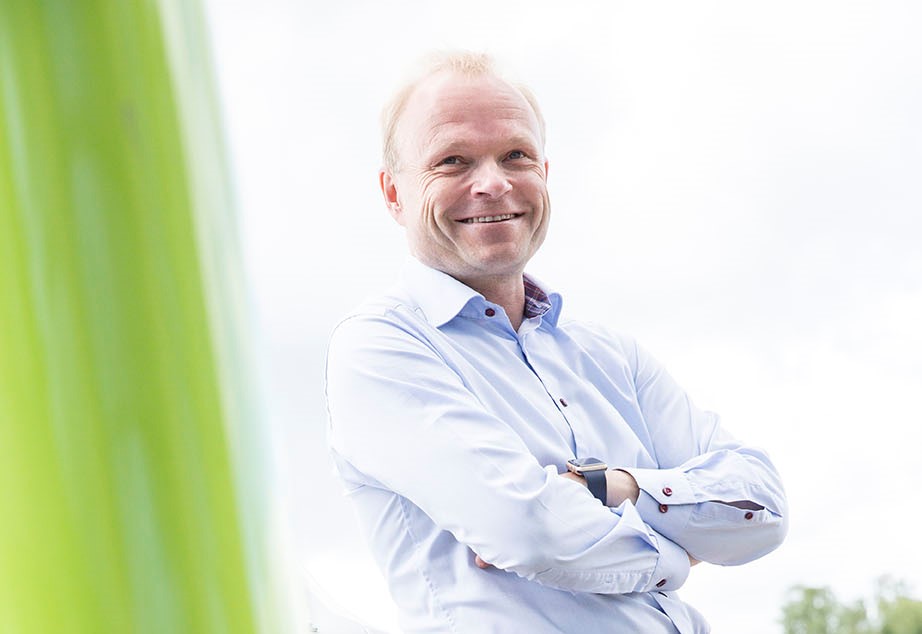 Pekka Lundmark is the President and CEO of Fortum Corporation, one of the largest energy groups in Northern Europe.

Prior to Fortum, Lundmark worked as President and CEO at Konecranes Plc, President and CEO at Hackmann, Managing Partner at Startupfactory and held various executive positions at Nokia. He is also the Chairman of the Board of Helsinki Metropolitan Smart & Clean Foundation.

Lundmark is a graduate of Helsinki University of Technology Department of Technical Physics with an MSc. in Engineering and majored in Information Technology and International Marketing.

​
What were your early years like?
I grew up near Helsinki with my parents and sister and had a typical suburban childhood. Sports were important to me when I was growing up, especially running. I guess I was competitive even when I was young. I was always the one who arranged sports competitions for the kids in the neighborhood. When the Summer Olympics was held in Munich in 1972, we organized a huge series of events for all of the kids in the neighborhood.

At a very early age, I was always fascinated by math, physics, and computers. I wasn’t really introduced to technology and computers until the fifth grade. I joined the Computer Club, which had a remote terminal that looked like an old typewriter — we called it a teletype terminal — and had a remote connection to a so-called supercomputer with 3,000 bytes of memory. In the Computer Club, I wrote computer software programs and used the remote capacity of that then massive computer. I quickly became good at it, which led to my decision to study physics at Helsinki University of Technology.

What has been your biggest challenge?
The greatest challenge in large organizations is to make the mass of people appreciate the need to change fast. Doing that is very much about communication: communicating in such a way that people at once understand the need to change but don’t feel as though everything that they have done in the past is no longer necessary. Striking that balance between the old and new is a tremendous challenge.

What are some important leadership lessons you’ve learned over the years?
Early on, I had a great American boss who taught me that when you interact with people in different types of situations and hear a question, you should not only technically answer the question, but also understand the motivation behind the question and make sure that it’s addressed in an appropriate way. For instance, during a tech sale, a customer might ask, “What’s the capacity of this motor?” and you might answer, “It’s 15 horsepower per minute.” That answer isn’t enough; maybe the customer’s specifications require 16 horsepower. Instead, you should argue that its capacity is 15 but that you also have something in connection that makes it much better for the specific gear that you have. But if you react by only answering the question, then you’ll never get anywhere.

I’ve also learned that leaders, all the way up to CEOs, need to be inclusive, open to discussions, and open to challenges. They also need to create a culture in which they show by example that it’s okay to be challenged, even in difficult times, because that happens so easily, especially in large corporations that have been successful. In those organizations, you start to develop consciousness of an absolute truth that everybody in that organization believes in but never questions because they have worked through the past. Unless you have a corporate culture that encourages people to look 360 degrees around them all of the time and to listen and understand weaknesses, sooner or later you’ll be taken by surprise.

How do you motivate your team?
The biggest motivation comes through personal engagement: the feeling that I’m doing something important, that I’m appreciated, and that I can make a big difference. In a large corporation, it takes time to do that practically and do it to everybody personally. But I always encourage other members of the management team to foster personal engagement throughout the company.

At Fortum, we’ve started a new initiative that we call “Energize your day.” We encourage people to take care of themselves, give them tools to get more exercise, eat better, and most importantly, sleep better, because recovery is so important, especially after a series of long meetings if you haven’t slept well or eaten well. I believe that recovery is more important than exercise, because if you’re tired and haven’t recovered, then exercise is not helping. Exercise only helps when your body is recovered.

How do you hire?
I trust my instincts when hiring. I look for people who have competence and a track record in a certain field. I look for people who communicate well and gauge how I feel about whether person can communicate with his or her outside world. During interviews, I usually ask potential candidates to describe to me how they’ve changed things in the previous companies that they’ve worked for, then what type of vision for change they would have if they worked for us, and then most importantly, how they believe that they would accomplish that change and implement it. From the way that they answer the questions, you can actually easily see what their basic way of thinking is.

​
How to give negative feedback?
If you’re not happy with someone’s behavior, then you shouldn’t go to that person and criticize that person’s behavior directly. Instead, you should identify the consequences of the behavior as factually as possible. And then you should go to that person and say, “We’ve seen the way that you’ve been doing this thing” — don’t say whether it’s good or bad — “and the way that you’ve been doing this thing has led to this to thing.” Hopefully, the person will come to the conclusion that his or her behavior has to be changed. So, take care of it indirectly, because that will reduce the risk of emotional counterargument.

What advice do you give to young people?
Learn as many languages and as early on as possible. Language is an indispensable asset to have. I would also stress the importance of communication skills, being an effective communicator, and building networks, but not forgetting the substance. It’s not enough to be a good communicator; you need to have some substance in the field of technology or whatever you’ve decided to be really good at.
​