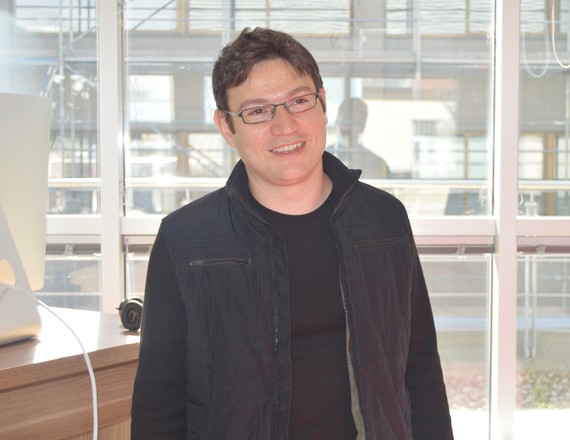 Razmig Hovaghimian is the executive chairman, cofounder and former CEO of international online streaming video site, Viki. After Rakuten acquired Viki for $200 million in September 2013, that December Hovaghimian was appointed as Rakuten’s senior executive officer of global content and observer of the board of directors.

Hovaghimian was formerly a senior vice president at NBC Universal, where he oversaw funding and the development of international productions and content. Earlier in his career, Hovaghimian worked on new media engagements with firms such as the Mitchell Madison Group in the United States and Europe, as well as Dentsu in Japan.

Also a cofounder and joint patent holder of Embrace, an organization that has developed a $25 infant incubator for the developing world. Hovaghimian received the World Economic Forum’s Technology Pioneer award and was named a Next Gen Innovator by Forbes. Hovaghimian holds an MBA from Stanford University’s Graduate School of Business, as well as a bachelor’s degree in political economics from University of California, Berkeley.

Tell me about your early influences.
I am an Armenian who grew up in Egypt. There, we had a community of about 2,000 Armenians who all kind of knew each other. My mother was a particularly strong influence on me. She was a community organizer for Armenian events, as well as an Armenian opera singer who traveled the world and sent money that she raised at concerts to Armenia for earthquake relief, among other things. My mother is very focused and has always known what she wanted.

When did you move to the United States?
At the age of 14, I started saving money and eventually saved enough to buy a ticket to move to the US when I was 16. I have an aunt in Los Angeles who I stayed with for the first six months. I went to school in the morning and worked at night. I used to work at a gas station, where I could study from midnight until 8 in the morning. After school ended, I worked at Subway, where I was a certified sandwich artist. I learned to budget my time very efficiently. I completed my undergrad at the University of California, Berkeley and earned an MBA from Stanford University’s Graduate School of Business.

What has been your biggest challenge as an entrepreneur?
Building a startup is difficult and stressful, mostly because of the responsibility. Every day, you build towards something. It’s not a job, because it quickly becomes part of your life. Those early days of building Viki were tough, and I often felt like the whole world was on my shoulders. I quit my full-time job at NBC Universal to dedicate more time to Viki, and I put all of my life savings into it. The toughest part about building a company is not the product; it’s leading the people in the company. On some days, I didn’t even know if I would meet payroll.

The highs and lows of launching a startup can be incredibly close to each other, and it takes an amazing team to pull through the lowest lows. I am very grateful to have a dedicated, passionate team that could rise to challenges and successfully adapt again and again. Viki’s exit to Rakuten worked well, now we can focus on realizing our strategy for continued growth. I believe that you can always achieve your goals, no matter what. It might seem as if nothing is going your way, but there’s always a way to take control of the situation.

What are some leadership lessons you’ve learned?
It’s really important to be authentic—to be yourself. The fastest way to build value is to build an amazing team. I also like to focus on culture, and I generally think that is the main principle in life. You always want to give more than you take. Whenever you experience something in life, it’s important that you give more than you take. 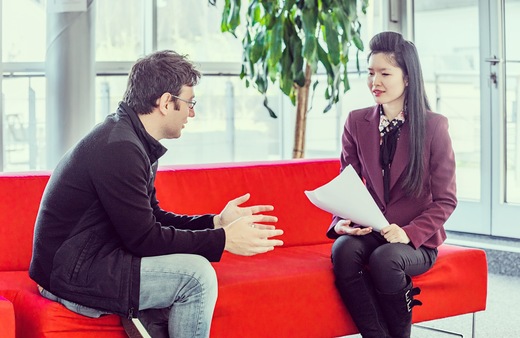 How would you describe your leadership style?
I’m fairly open. I like to overcommunicate, and I think that it’s important, because when you overcommunicate, people are on the same page. Work needs to have meaning, and people want to feel as if they’re part of something bigger. To do that well, you have to be thoughtful, and you have to communicate effectively. It doesn’t always take that much to reach out and connect with people. We have a very flat structure at Viki, and there’s an open environment.

What is the key to your company’s success?
I think that sharing any experience is one thing that’s important to us, but probably what helped us to stand out is that we found our backbone as a company and made sure that we were building something for the people and by the people. That’s really important to me, and I think that it’s also made the company stand out to volunteer translators.

How do you hire?
I was involved in everyone’s hiring. I had to see everyone; it’s that important to me. I’m most concerned with the kind of person they are and their character. I ask questions like “what matters most to you?” What I’m looking for is whether they own their mistakes or whether they say that their mistakes were somebody else’s fault. I would rather hire someone who is scrappy instead of someone who has top Ph.D. degrees. Of course, they have to be bright and driven. You need something that’s different. I look for the small, different elements in people.

What would you say to others to encourage them to become entrepreneurs?
Make sure that you really think about whether you’re solving a problem that’s real or doing something that you would really like to see happen. You need to see whether there’s really a market for whatever you do. It’s important to find a market fit with small group of very obsessive users for your product

When you finally launch your startup, be resilient and move beyond any no’s that you might receive, because you’re going to get a lot of them. Many people won’t get what you’re doing or who are just too conservative to take the risk. Just keep going until you get to the yes’s. Keeping going requires passion and determination for what you’re doing to keep you moving forward.

If it doesn’t work, then you’ve got to change it and try something else. If you’re going to fail, then fail fast. Be honest with yourself; most of the time, it doesn’t work out. Be real with that. You have to have a nuclear exit strategy or disaster scenario plan. But try it out anyway. Even if the startup doesn’t work, you’ll learn so much from the experience.