Reach Your Customers Through the Subconscious

There are dozens of unconscious processes and cues directing customers' behavior

Consider a scene that happens a billion times a day, at a billion computers across the globe. A man is searching online for new running shoes, or a woman is clicking through e-commerce sites on the hunt for a birthday gift, a new dress, or a book to read on her next vacation.

Shoppers navigating the online marketplace think they are in control of their decisions. But the truth is, as they scroll and browse and perhaps buy, there are dozens of unconscious processes and cues directing their behavior.

For businesses with online marketplaces, understanding how these unconscious cues affect consumers is crucial.

The most researched indication of this automatic process is the priming effect, which says that the exposure to one stimulus influences the way we respond to another stimulus. We know that our mental paradigms—how we categorize things around us—like to lump similar themes and thoughts together. So if we show a subject the word “housewife” and then one of two new words, “woman” or “pilot,” he will recognize “woman” quicker because brain activation spreads faster among related ideas.

This can be uncomfortable to admit, because no one likes to say that they believe in stereotypes. But we learn these connections early, and they are buried in our unconscious.

Not only has the priming effect been shown to influence our thoughts and feelings, it can also influence our behavior. If we’re shown a picture of an elderly couple, for example, we automatically (and unconsciously) start to elicit stereotype-consistent behaviors like slower walking. Research shows that these ideas are learned early in life, often before people have the ability to override or reject them.

ClickTale ran an  experiment to test the power of unconscious gender stereotypes online. Using A/B testing, we created two versions of our homepage—one featuring a female hero image, and one featuring a male hero image. Then, using our own software, we had two separate test groups try our site, and tracked their interactions with elements on the page: what they clicked on, how far they scrolled, what their next pages were, etc.

Over the course of the experiment we used Optimizely to A/B test our two calls to action on the page: “Request a Demo” and “Try ClickTale.” Additional elements on the page that we tracked included: clicks on product images or features, “Blog,” “Why ClickTale” and “Search.”

Visitors exposed to the female hero image were much quicker to click on “Why ClickTale” and the “Blog.”

Explaining the differences in visitor behavior

The results are in line with the priming effect: Visitors who saw a male image chose to click on the “Try ClickTale” button—an active approach. Visitors who saw the female image instead opted for “Request a Demo”—a more passive approach. Does that mean women are passive and men are active? No, of course not. But people’s online behavior is in line with the stereotypes we unconsciously assign to males and females.

Visitors who were exposed to the male hero also showed significantly higher click-through rates on the “Product Features” and “Search” buttons, reflecting an active goal-oriented approach of exploring what ClickTale is. It also reflects a tendency to be active and in control of your interaction on the page.

In comparison, visitors who were exposed to the female hero were much quicker to click on “Why ClickTale” and the “Blog” buttons, two areas of the site that symbolize more of a passive exploration. Clicking on elements such as “Why ClickTale” or the company blog shows an indirect approach to gaining more knowledge about the company.

But results can be misleading: Had we only checked how the images affected conversion, then we would have seen that female hero images, and not the male ones, lead to higher conversion rates. But by applying the psychological theory of the priming effect, I was able to understand the cause of the behavior and understand why the male image caused a more direct and proactive approach to learning about the company and acquiring the product.

This provided a useful takeaway that web designers and marketers can learn from: When it comes to behavior online, it’s not what meets the eye that always counts. It’s what meets the brain, before the eye even sees it, before your conscious can even understand why you feel the way you feel.

Understanding the effects of the priming theory—and how to apply it —is the secret to enterprises gaining a competitive edge online. 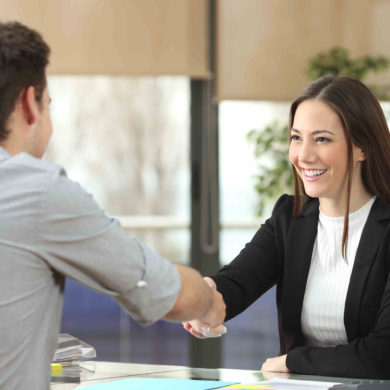 Interview Tips for Young Adults
We use cookies on our site to give you the best experience possible. By continuing to browse the site, you agree to this use. For more information on how we use cookies, see our Privacy Policy
Continue