Rules Are Meant to Be Broken!

Are you focusing on contracts or covenants with your employees? 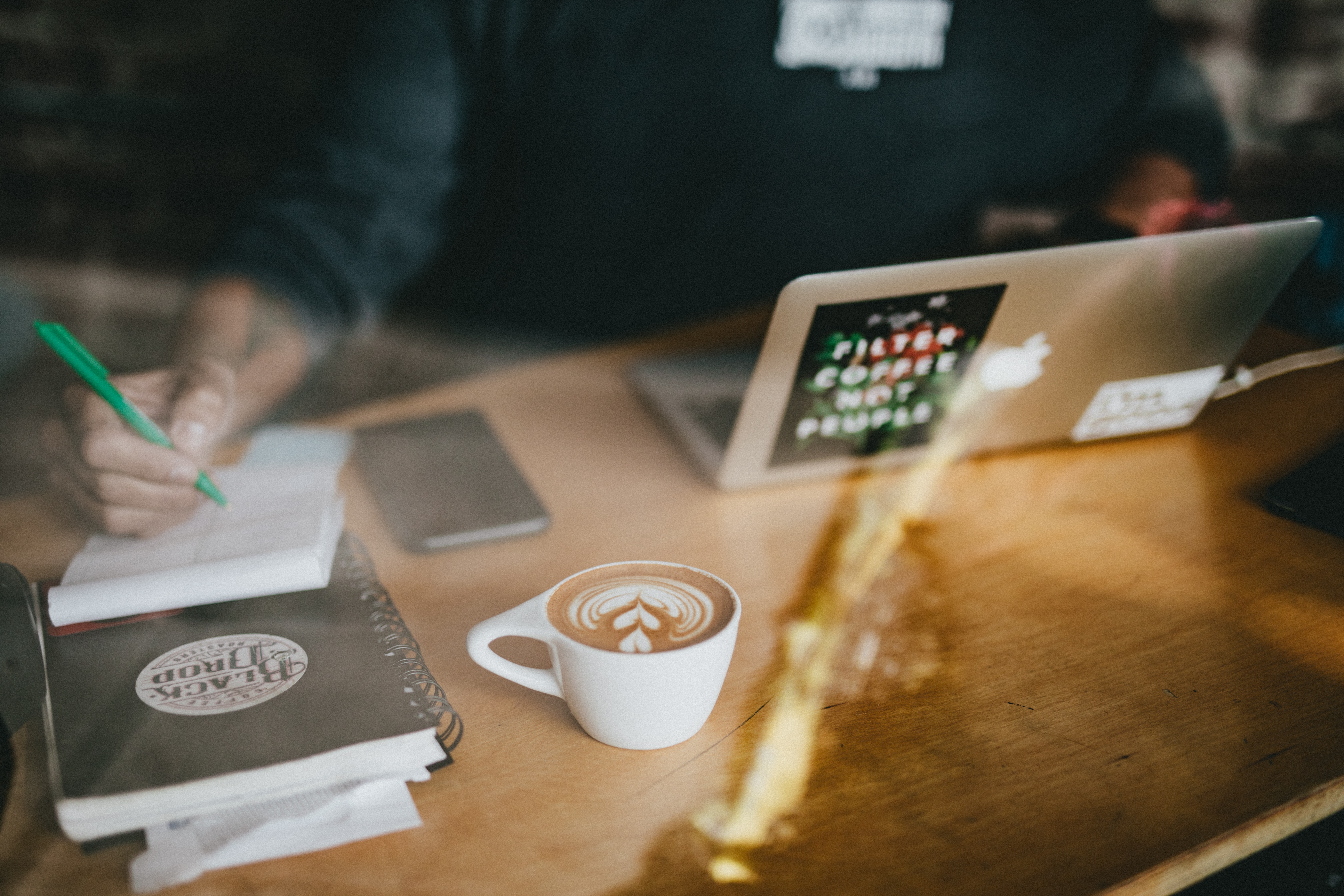 Joseph Campbell remarked, in his book and TV series with Bill Moyer called The Power of Myth,

In the old days, when you came into a village, what you saw was the spires of the cathedral and the turrets of the castle, and it was from those two institutions, the church and the state, that all values came into the society.  Now, when you drive into the city, you see the gleaming towers of commerce; within those towers aspirations are molded, ambitions acted out, neighborhoods formed, friendships and relationships built.  A dense matrix of values grows up in those gleaming towers of commerce and makes their way into society at large.

The question for managers and, particularly, human resource managers is, “what aspirations, ambitions, and relationships are we encouraging and building in our organizations?”  In other words, what values are we placing on our employees’ well-being and their importance in our business?  More importantly, do our employees recognize the value we place on them?

Relationships Are the Key to Behavior at Work

Unfortunately, some organizations have gone to extremes to make sure that employee behaviors are controlled.  There are rules about eating, drinking, smoking, driving, dating, dressing, parking, arriving at work, staying at work, leaving work, and a host of other things.  What is missing, however, is the explicit expression of the values that govern our relationships with each other.  All the rules, policies, and handbooks in the world cannot replace the importance of valuing our relationships at work.  In many organizations today employees don’t value the relationships they have with the owners and managers of the organizations in which they work.  Likewise, employers convey through rules and policies, not to mention the message sent by downsizing and layoffs, that relationships with their employees in their organizations aren’t as important as the “bottom line.”

Traditionally in organizations, especially in unionized organizations, the relationship between management and employees is defined by a contract.  In a contract, either party can cry foul when something doesn’t go as planned or when one party to the contract does not live up to its end of the bargain.  Consequently, each can terminate the agreement as a violation of the signed contract.  Employers contract with employees to provide their skills and talents; employees contract with employers to provide wages and benefits.  When either the employer or the employee violates the contract, it typically ends the employer-employee relationship right then.  At the very least, it damages the trustworthiness of the offending party.

In a covenant, the parties agree that the relationship will not always be fair-that sometimes, one or the other will have to give a bit more than the other.  Marriages, for example, are both covenants and contracts.  If a husband or a wife violates the marriage contract, each has the ability to end it contractually by divorce.  However, marriage is also a covenant-an agreement that binds the parties together for all time.  A solemn promise that no matter what happens, their relationship is more important than the trials and tribulations they will face, and that each will need to forgive the other many times.  When two parties are in covenant together they are less likely to invoke any contractual boundaries.

Thus, the idea of a contract is, by its very nature, an economic relationship.  For example, on a website called Craig’s List, a young woman wrote the following advertisement: “I’m a spectacularly beautiful 25-year-old girl.  I’m articulate and classy.  I’m looking to [marry] a guy who makes at least half a million a year.  Where do you single rich men hang out?”

In response, a man who claimed to meet her financial requirements said that from his perspective, her offer was a lousy business deal:  “What you suggest is a simple trade: you bring your looks to the party, and I bring my money,” he wrote.  “But here’s the rub:  your looks will fade, but my money will continue to grow.  So, in economic terms, you are a depreciating asset, and I am an earning asset.”  Rather harsh.  However, in essence, she was turning marriage into an economic transaction-reducing what should be a sacred, covenantal relationship into nothing more than a contract.

Organizational covenants-often referred to as “psychological contracts”-are not substantively different from marriage covenants.  One of the major problems experienced by 21st century organizations and their employees is that the covenant has been broken.  The covenant in an organization, the agreement that an employee’s well-being is inextricably linked with the well-being and continuance of the organization, has slowly been undermined by downsizing, layoffs, scandal, and greed on the part of organizations.  It has been violated by employees, too, in their own versions of “me first” behaviors-sabotage, employee theft, chronic absenteeism, and laziness.  With this degradation of the covenant between employers and their employees has come the need for greater control over the contractual language and consequences of rule and policy violations.  Enter….the employee handbook.

Failure to Comply Will Result In….

Most of you reading this probably have an employee handbook, a union contract or, at the very least, a set of work rules that all employees must abide by.  It is also likely that the handbook contains the consequences that will befall employees if they violate those rules.  Some of them probably resemble the following:

Disciplinary action, up to and including employment termination, will commence for the overuse of emergency personal time, when 56 hours of absences have been accumulated.  The disciplinary action will consist of a written warning for the next eight hours missed, then a three-day suspension without pay for the next eight hours missed, followed by employment termination when an employee has used up any hours over 72.

Do you have employees with limited education or limited literacy?  Even if you do employ a number of college graduates, don’t bet that they can all read and write at college level.  As teachers, we can tell you that the literacy level of new high school and college graduates is getting worse all the time!  If you were to run a Flesch-Kincaid analysis on the policy reproduced above (which you can do in Word within your spell and grammar check), you would find that, in order to fully understand its meaning, one would need to have a grade level of 15-in other words, three years of schooling beyond high school!  For many of the positions in your organizations, this level of required education for employees is probably not realistic or even necessary.  Yet, remember that your policies apply to all employees, whether or not they can read and understand them.

It is quite common for employee handbooks to be written far above the reading level of the very employees for whom they are written.  Lawyers like to review handbooks and policies before they are released to employees.  In fact, it is a good idea to have them do just that.  Unfortunately, many lawyers often suggest revisions that include long, dry, and complicated wording.  Although these statements help to provide “cover” for management decisions, they also tend to make the policy statement less clear for employees.  As an HR practitioner, you need to be aware that including a lot of “legalese” in a handbook will not accomplish what the handbook primarily is designed to do:  clearly communicate behavioral expectations to employees.

One organization we know of that installs auto glass has created a marvelous handbook that is funny, clear, and can be understood by most anyone.  Here is a sample policy on substance abuse entitled, “Stay Off the Grass (and I Don’t Mean the Lawn)!”

We believe that people who decide to take illegal drugs or abuse alcohol are totally un-cool.  Moreover, national statistics show that someone who abuses drugs or alcohol is 5 times more likely to get hurt at work.  And, that person is 40% more likely to involve a coworker in the accident.  So, our policy is to maintain a drug and alcohol-free environment.  We also prohibit the sale or distribution of illegal drugs and other controlled substances.

The Flesch-Kincaid reading level for this policy statement is 9th grade, still even a bit high for many workers, but a whole lot better than a 15.  Newspapers are generally written around a 6th to 8th grade level, so this would be a good target for your policy statements, too.

Speaking of newspapers, the Chicago Tribune has a policy statement on Email and computer use that is simple and easily understood at a 3rd grade reading level:

It’s good judgment not to put in writing what you don’t want printed on the front page of a newspaper.  Or posted on a web site.  Or heard on the news.

We suggest that you run readability statistics on your policies and see where they stand.  Then revise your organization’s handbook to get it to at least an 8th grade level, or lower, depending on your workforce demographics.

Some rules in typical handbooks are antiquated or, at the very least, unreasonable for 21stcentury organizations.  Often these unreasonable, out-of-date rules lead to higher costs and more problems than they actually solve, like this one from the Bay Area Regional Transit in San Francisco:

Despite the fact that some rules and policies are necessary, consider a few ideas to make sure that the ones you implement in your organization are reinforcing both the values and the behaviors you seek.