Six Ways Women Can Dismantle The Hurdles In Their Own Heads

Don't wait until you feel brave or you're sure you can't mess up. 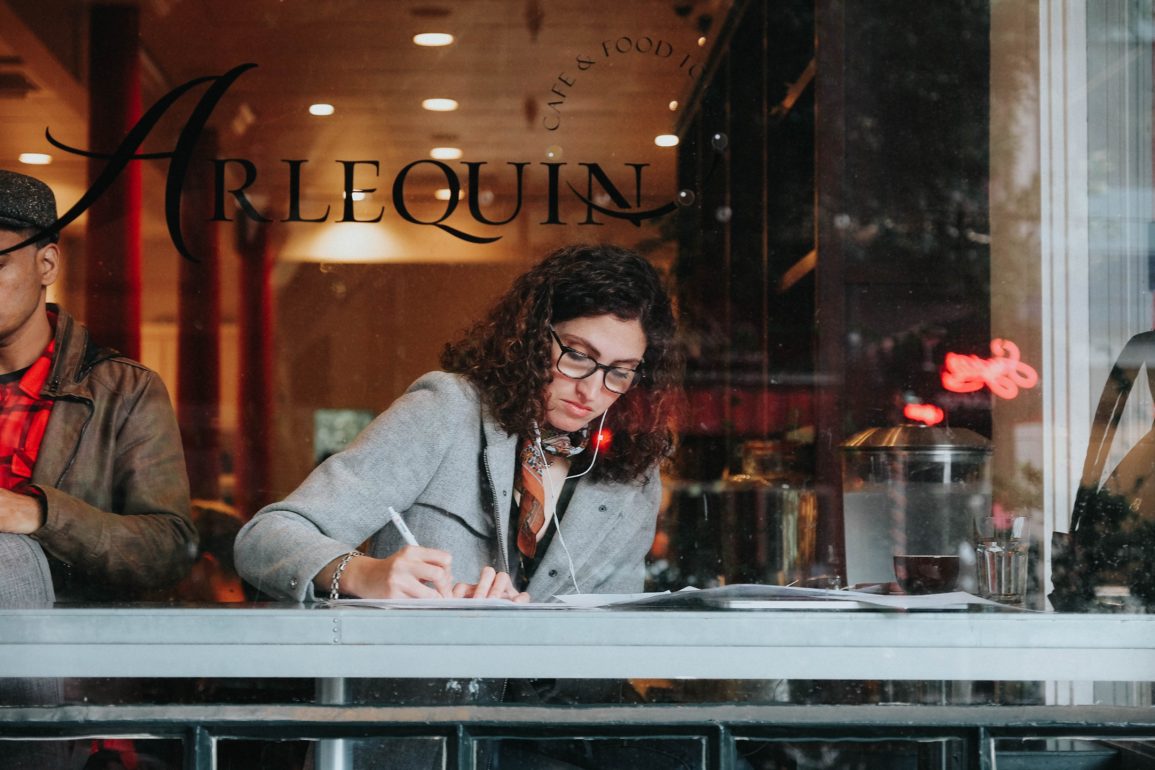 Women enjoy opportunities today that our mothers, much less our grandmothers, never had. My own mother stopped working after she became pregnant with my older brother. Neither of my grandmothers learnt to drive. None had the option to attend college. Yet despite this progress, many women still lag behind men on many markers — still struggle to ‘have it all’ or to at least feel to feel good about ‘all’ that we do have.

Most of all, we still struggle to believe in ourselves; to feel confident in who we are and about what we do. A study by Cornell University found that men overestimate their abilities and their performance, while women underestimate both. Of course, not all men ooze self-confidence, and not all women lack it. However, the ‘gender confidence gap’ is real and closing it is as much as the lynchpin to addressing gender inequity as the many other forces that have contributed to it.

This is not to downplay the external and systemic barriers or negate the need to address them. From entrenched ‘think manager, think male’ gender norms to a paucity of sponsors opening doors for women higher up, or strong female role models inspiring the ambitions of younger women further down –  there are many entrenched barriers and biases that make the going tougher, and the climb steeper, for women.  However, as a woman who has spent much of my life wrestling with self-doubt, I believe the biggest barrier many women must contend with is in our own heads. Dismantle that internal hurdle and the external ones become far more scalable.

So how can we do that? To celebrate International Women’s Day here’s five suggestions for women who want to do more and to be more but too often doubt if they can and struggle to fully own their success when they do.

1. Lower your bar to ‘good enough’

An internal report at Hewlett Packard found that men apply for a job or promotion when they meet 60% of the qualifications, but women apply only if they meet 100% of them. My experience is that even when women tick ten of the ten boxes, many still hold back because they feel one of the ticks could be a little bigger. All too often what holds women back is not our actual ability, but how we perceive our ability due the yardstick we’re measuring it against.

Women are far more prone to fall victim to perfectionist standards than men. As I wrote in my last column to ‘flawsome women’, many women set their bar so unreasonably high that they set themselves up to feel permanently inadequate. We get stuck on a perfectionist merry-go-round, of striving but never arriving, when we buy into the misguided belief that we must be absolutely masterful at a skill or know 100% exactly what we’re doing before we take the first step. Then when we do step out and our efforts don’t land in a perfect 10, we use our fallen moments as a baton to flog ourselves with. Little wonder so many women are perpetually exhausted.

Lowering the bar to ‘good enough’ liberates time and energy toward more productive pursuits. Rather than spending hours perfecting a presentation beyond any point of discernible incremental value we can spend the time on higher ‘value add’ activities –  developing talents, diversifying our network or doing more of what we really want to do and not what we think we ‘should do’. Speaking of which…

2. Challenge old ‘norms’ about what a woman ‘should’ do

A recent study found that while young women today may be more aspirational in their professional lives, they feel no less pressure to live up to the same standards of their mothers and grandmothers on the home front. We want to have it all, but we often resist accepting the trade-offs that ‘having it all’ necessitates.

As a consequence, many women find themselves living what psychologist Dr Fritz Perls coined as ‘a shouldie life.’ Our ‘shoulds’ are a melting pot of unspoken rules, social standards, norms and expectations about what a good woman/mother/wife should (or should not) do in order to be likable, worthy and desirable. We may have more rights and opportunities but we still only have 24 hours in a day and we still can’t be in two places at once. It explains why so many working mothers (particularly new ones) struggle with a misplaced sense of mother’s guilt.

Next time you catch yourself uttering the word should replace it with could and add in a second or third option that reflects what you really want to do. E.g. I could stay up until 1 a.m. making cupcakes for the kids bake sale tomorrow or I could pick some up at the grocers and call it a night. Warning: this could be life changing.

Who do you think you are? You’re just not (fill-in-the-blank) enough. What will people say?

Susan Brady, author of Mastering Your Inner Critic shared in my latest Live Brave podcast how vital it is to coach our ‘inner critic’ lest its constant stream of negative hyper-cautious commentary hold our potential hostage. Brady advises practicing self-compassion at those moments when that voice pipes up and threatens to take the reins of power. That is, don’t berate your inner critic, befriend it and recognize it as the bi-product of your instinctive desire for self-preservation. It wants nothing more than to spare you the pain of rejection, humiliation or being exposed as a fraud (‘imposter syndrome’ could not exist without it!)

Giving your doubts and misgivings the power to call the shots will keep you playing too small, settling for too little and missing out on all the learning and confidence–boosting that flows from daring to do more than you have until now.

Hillary Clinton was famous for her pant suits, a fashion choice she no doubt felt necessary to assert her authority and conform to the gendered norms of what a leader looks like. Male. It had its merits but by avoiding appearing too soft or feminine, many found her to be too hard. Clinton faced the double bind of so many ambitious women, you can be nice and likable oryou can be strong and competent. You just can’t be both.

Regardless of gender, real authenticity requires giving up the need to and embracing who we are… and who we are not. Not only do we do ourselves a profound disservice when we dial down our femininity (and whatever else makes us different) in an effort to fit in and get ahead in a ‘man’s world’, but we do everyone else a disservice too. Diversity (in all its forms) is invaluable. By embracing our individuality – rather than denying, downplaying or disconnecting from the essence of who we are – we help to capture the full value that diversity holds.

5. Celebrate and elevate (rather than compare and compete) with other women

Men have been sponsoring and mentoring other men for time eternal. Women… not so much. A crucial lever to emboldening women and addressing the imbalance of sponsors and mentors that women have relative to men is to fully unleash the collective power of the ‘sisterhood’. Until now, there have been two barriers to this.

Firstly, women tend to compare and compete more with other women than with men. While historic patriarchal power structures can explain driven this behavior, continuing to operate from a scarcity mentality that there is only so much success to go around actually works against all women. Research shows that as more women climb ladders of power, it has a cascading effect that elevates women beneath them and empowers all women. It’s why we need more women to be more proactive in supporting more women . (Of course we also need to get more men on board too!)

Secondly, women often underestimate the value they can offer other women. If you’ve ever second-guessed the value you might have to share, now’s the time to stop. You may not yet feel like you’ve ‘made it’ yourself, but you still have a wealth of hard-won wisdom that can benefit other women.

All around you right now there are women who are doubting if they have what it takes to stay the course toward their boldest ambitions; women who are struggling to keep faith in themselves or just keep their head above water. Get behind them. Encourage their dreams. Acknowledge their strengths. Champion their success. Amplify their voice. Just never underestimate the profound impact a few words of encouragement can have on the trajectory of another woman.

6. Do not wait for confidence… lean toward risk.

Women tend to be more cautious than men. While this means we’re less likely to make rash or reckless decisions, it also means we’re more likely to play it too safe. The question we must, therefore, ask ourselves is: at what cost? While you may not be comfortable with the potential downsides of putting yourself ‘out there’, that doesn’t mean you shouldn’t. Confidence begets confidence; courage begets courage. The more often you take psychological risks, the more comfortable you become with them.

You may not get the perfect 10 every time you muster up your courage and put yourself ‘out there’, but you will grow visibility, learn skills, nurture talents, acquire knowledge and earn respect (from yourself first of all) that you could never do by playing it safe and sticking with what’s comfortable.

So if there’s just one thing to take from this article it’s this:    Don’t wait until you feel brave or you’re sure you can’t mess up.  Rather step up to the changemakers plate. Raise your voice. Own your value. Claim your seat. Might you sometimes pay a larger penalty for your decisiveness, assertiveness or miss-steps than your male colleagues would do? Yep. It happens. But waiting until gender bias and double binds are eradicated from our gendered power structures may take far more than your lifetime. Which is why it is so vital to rally more women to step bravely into their power as changemakers and to redefine power through a non-gendered lens.

Never before have we needed more women to do just that.