So You Think You Can Listen? Chances Are You Have Room For Improvement

Listening is the singular most valuable yet underutilized tool of communication. 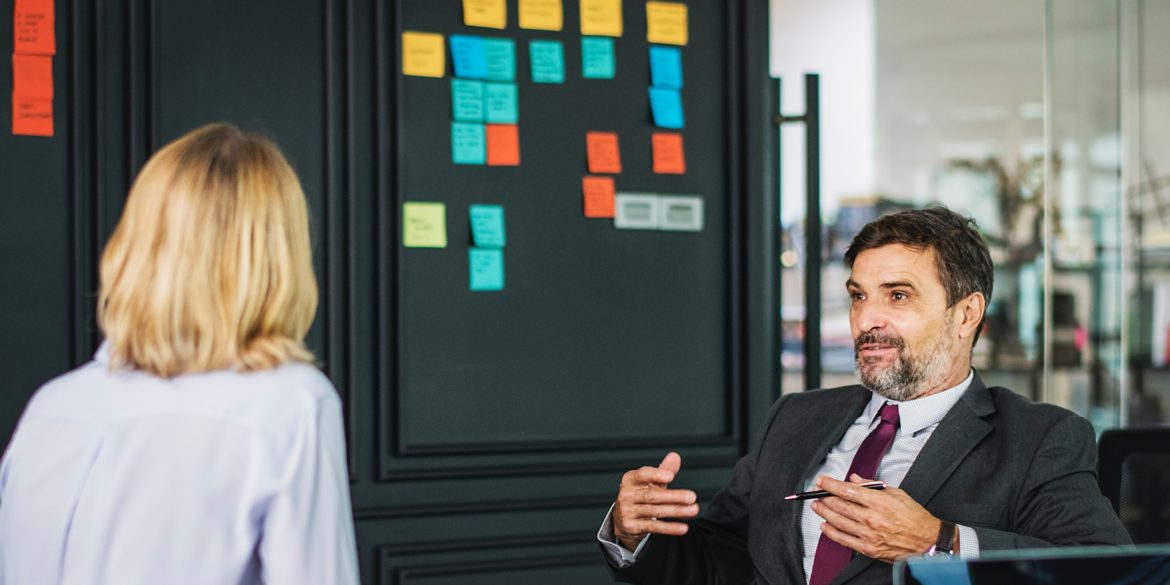 Have you ever been in a conversation where you felt like the person you were talking to wasn’t listening to a word you said?

Yep, me too. It’s a common phenomenon which seems to have become even more prevalent in recent years as people’s attachment to their “rightness” – and conviction of others’ wrongness – has created a growing political divide.

Yet as much as you probably think the fault lays on the other side of the table, not your own, chances are that there have been times you’ve left others feeling unheard and invalidated. I’m sure I have.

The reality is that  we’re wired to think our view of the world (along with the problems, political ideologies and people in it) is the right one.   If only everyone would see (think and act) as you do all would be well, right?! However just as your perspective may seem completely logical to you, other people think exactly the same about theirs!

The greatest leaders have all been great listeners who prioritized trying to understand the opinions of those with whom they didn’t see eye to eye. Consider Abraham Lincoln, who invited his political opponents into his cabinet. He reasoned this would improve the veracity of his decisions. Needless to say, it’s hard to imagine that happening today.

Yet great leaders and wise people intuitively know the value of genuine listening ; of laying aside the certainty of their answers and spending more time in the questions, humble in their knowledge and curious about how others view the problems they share. People like Bill Marriott, Chairman of Marriott Hotels, who shared with me (in the video below) why lousy listeners make even lousier leaders.

Chances are you are currently dealing with tension in at least relationship, if not many. If you’re in a leadership role, odds are there will almost certainly be people who aren’t on the same page (or may even be actively pulling another direction.) If so, I have a suggestion. Schedule some time to sit down to hear them out. Here are seven ways you can listen better:

People often argue that they are listening when in fact, they are really just reloading for their “next shot.” So put aside your agenda and concerns and set your intention to listen first to understand, and only then to be understood.  This means really committing yourself to do everything you can to see through their eyes and feel through their heart. That is, elevating your understanding beyond what they are saying to get underneath why they are saying it. If your goal is to “win” then by default, someone else has to lose. So if you were the high school debating champion, you’re going to have to work doubly hard to resist your desire to jump in and make your counter-argument. More on that below.

2. Connect with your common humanity.

You’ve heard the saying, people don’t care how much you know until they know how much you care. It’s why creating the psychological safety required for people to open up and share what’s really on their mind and heart can only happen when you are coming from a place of genuine concern. So while you may not feel you have much in common with the person across from you, take a moment to connect with your common humanity. They also want to feel valued, and secure and worry about losing face or feeling like a failure. So do what you can to make them feel safe and at ease.  You could help them to open up by saying, “I’ve got a feeling that somethings been on your mind and I’d love to know what it is if you’d be open to talking about it. What’s been troubling you?” 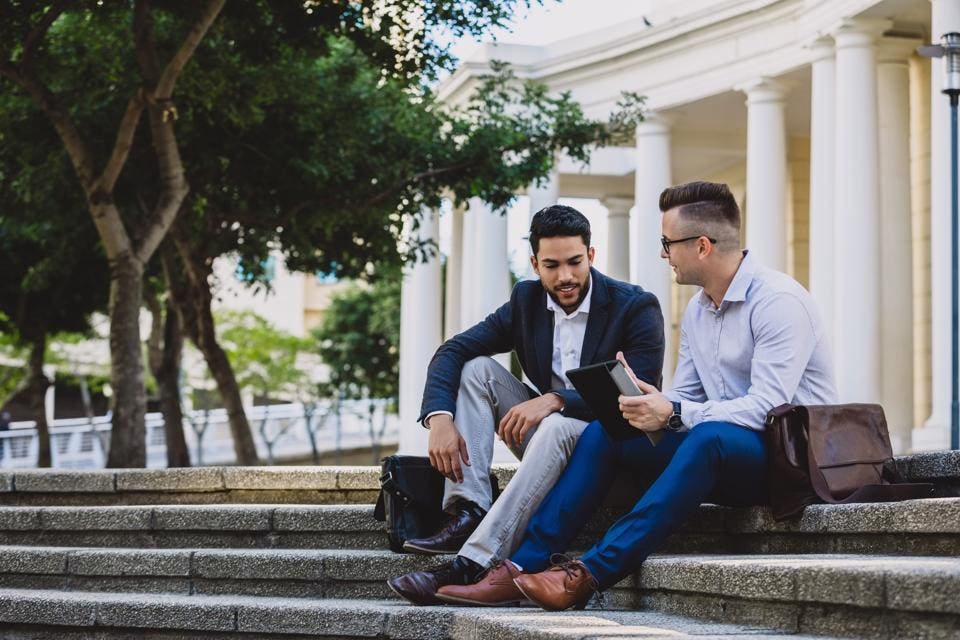 3. Listen with your whole body.

Your “way of being” speaks more loudly than your words (or your silence). So pay attention to your non-verbal communication. Take yourself away or turn off anything that might distract you. If you can get outside, even better, as shifting the physical space you are in it can shift the emotional space, particularly if it’s likely to be a highly emotional conversation.

While it should go without saying, don’t check your watch. And if you’re wearing an Apple Watch and don’t think you’ll be able to resist, take it off! Likewise, keep “soft” eye contact which means you aren’t staring at them intensely but you are also not looking out the window or avoiding eye contact. This can feel uncomfortable as holding eye contact and being truly present to someone connects us to our shared vulnerability. Do it anyway.  And of course, don’t sit there frowning or screwing up your face. Keep an open, non-aggressive posture, leaning toward them rather than away.  If crossing your legs or arms feels natural, that’s fine. Just be mindful of what’s going on inside you so that you aren’t inadvertently communicating disinterest or defensiveness or, worst of all, disdain.

When you’re in the process of listening, it’s important not to cut people off when you think they have it wrong, to push back on what they say or attempt to “enlighten” them as to the error of their ways. If you’re trying to get someone to speak, you can “prime” a conversation saying something like, “I’ve got a feeling you and I see this differently. Am I right? I know there’s always more than one perspective.” Or once they are talking, then the only time you should speak is to:

As they share, listen for what they are not willing or able to say out loud. What are the “unspoken concerns” (fears, motivations, wants and needs) they are speaking from? For instance, are they anxious about the future and how they’ll handle it? Are they afraid of being left behind? Are they trying to protect their job or ego? Are they too afraid to ask? Are they feeling unvalued? Are they scared of rejection or being humiliated in public? Are they craving affirmation or encouragement?

6. Tune into your intuition.

The deepest level of listening goes beyond relying on what you hear or see. It requires tuning in to your intuition and letting it point you toward whatever you really need to get present to in the other person. As I wrote in this previous column, our intuition allows us to read minuscule signals that lay outside of our conscious awareness. When you tune in to that quiet “sixth sense” and get really present to the person you’re with, you can pick up on concerns and anxieties that may even be beyond their conscious awareness.

Ironically enough, the word “LISTEN” has the same letters as the word “SILENT.” (Bet you didn’t know that huh?) It’s in the silence of a conversation that it can get to the heart of the issue that really needs to be addressed, yet too often we fill the silence to avoid the discomfort it can create. Don’t. Let the silence do its work because the more sensitive an issue, the greater space people need to think about the issues, work through their own conflicted feelings and find a way to express what they have to say.

Of course, listening to someone better than you have before may not change your opinion. However, it may give you a whole new appreciation for why others see, think, feel and act quite differently to you. By genuinely trying to see through their eyes and understand how they feel, you place a big deposit into the “relationship account” which can open the door to building bridges, growing collaboration and finding a ‘middle ground’ that you could otherwise. Arrrh…imagine if we had more of that in Washington?

Listening is the singular most valuable yet underutilized tool of communication. It is, in itself, an act of courage, as it requires allowing for the possibility that maybe our view of the world isn’t quite as leak-proof as we’d like to think. Yet by having that courage, it builds trust, magnifying our ability to have greater influence over the opinions of others.

Winston Churchill once said, “Courage is what it takes to stand up and speak. Courage is also what it takes to sit down and listen.” Given all the political turmoil we’re currently in, there’s never been a better time to be more deliberate in trying to understand those who see the world differently to you. Your ears will never get you into trouble and, who knows, you may just learn something that changes everything.

Margie Warrell is an author & speaker who emboldens people to communicate and lead more bravely. Learn about her Live Brave Women’s Weekend this October 25-27. Connect on Linked In & Twitter. 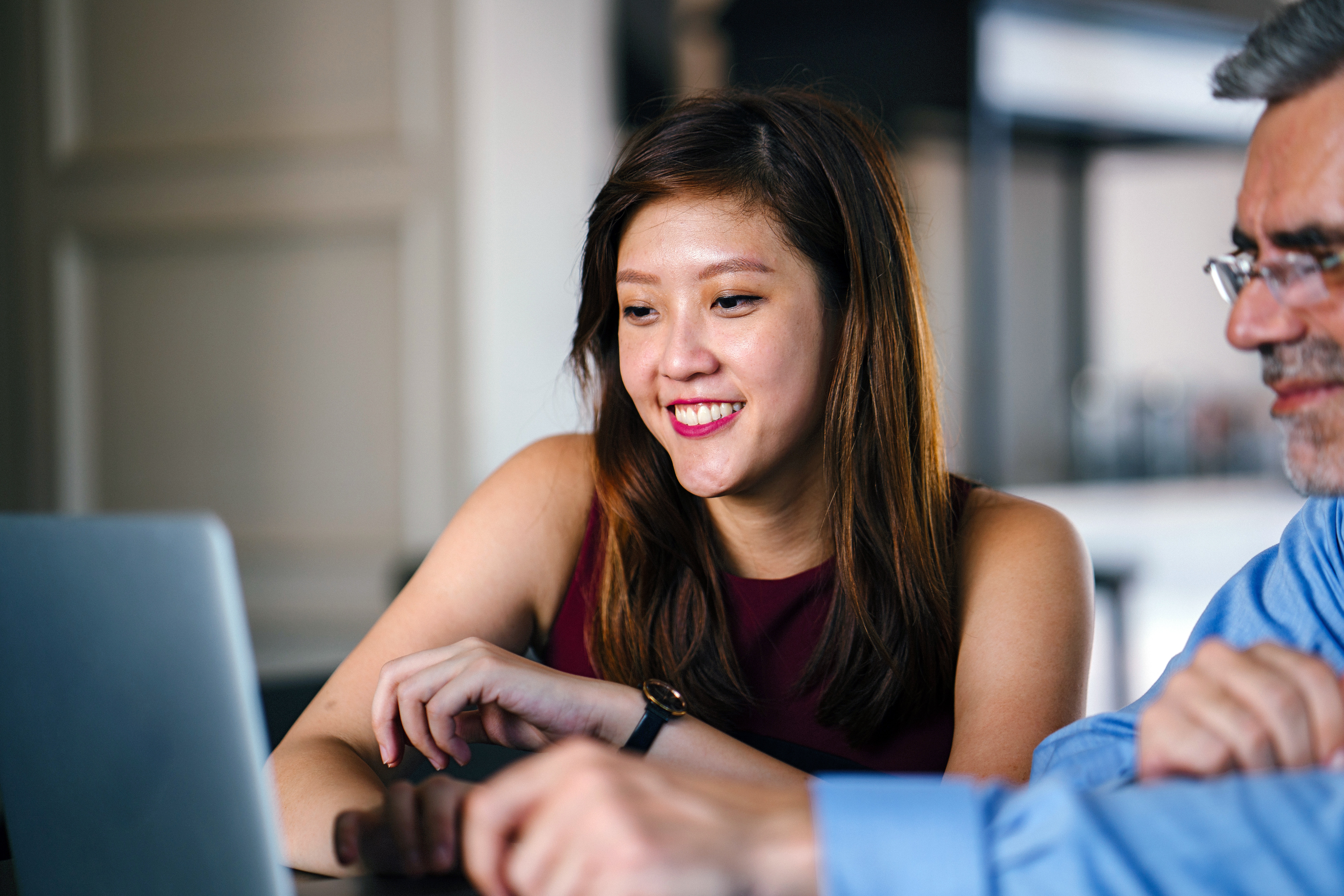 5 Essentials To Make Mentoring Worthwhile
We use cookies on our site to give you the best experience possible. By continuing to browse the site, you agree to this use. For more information on how we use cookies, see our Privacy Policy
Continue