Strategies Women Use to Get Heard In the Workplace

Oftentimes women are timid and even apologetic in the workplace, but as a woman your good ideas need to be heard and shared. 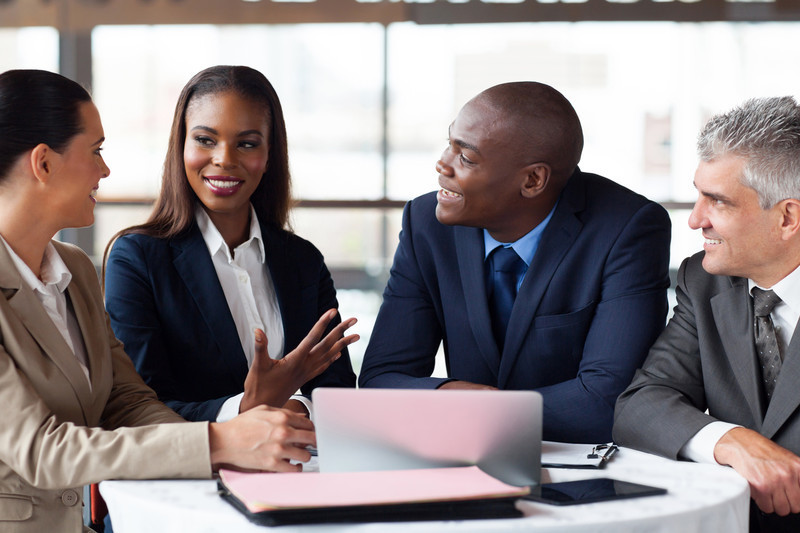 Certainly, the cultural atmosphere is changing and we can thank the growing numbers of women in virtually all industries for that change. Yet, on the ground, women are quick to note that conditions are far from friendly. Bear these strategies in mind when you encounter sexism at your job.

The undercurrents of sexism run deep; women have always had to band together, swap strategies,and learn to navigate the choppy waters of the male-dominated workplace. As more and more women bottleneck at middle management, despite often outperforming their male peers, it’s all that much more critical that they network and circulate ideas that will inform progress.

Gender-neutral management basics. Women get chided if they are “too bossy” and dismissed if they aren’t tough enough. The workplace provides plenty of double-edged swords for the female employee to cut herself on. However, the positive qualities women bring to the workplace are actually just the mark of good leadership: active listening, collaboration, and an emphasis on problem-solving rather than blame; in short, a minimum of ego and a holistic approach to the work itself. Illustrate those qualities and the employees under you will feel respected and trusted.

One of the reasons that women don’t climb to the top of their companies is because they receive far less mentorship than their fellow males in college and at entry level. One way that women can counterbalance is to mentor each other. You are in the same meetings, working on the same or similar projects. Checking in and asking each other for feedback about big picture choices as well as subtleties like word choice and body language, these are the things good mentors point out.

Often women experience a very subtle backlash in the form of chivalry. According to a survey conducted by Barbara Annis, founder of The Gender Intelligence Group, opening doors and paying for lunch are often the ways that male bosses show appreciation for women, but these niceties are offered up in place of promotion, inclusion in projects, or mentorship. Politely declining these tokens and steering the conversation towards some actions that would show professional appreciation is a good way to diplomatically point out the disconnect.

A recent article in New York Magazine talked to some of President Obama’s female staffers about the shift that has taken place over the last eight years. The women actually devised a strategy they referred to as amplifying each other where they would repeat each other’s input as an affirmation and ensure that her input was credited accordingly. Several of these women confirmed that the President started to notice and began to call on women and junior staff more frequently. Obama’s second term in office saw a much more even split;half his top aids and department heads are women. It’s safe to say based on that shift that once the President heard his female staff, he recognized their value.

The issue of gender discrimination is a complicated one; the institutions formed around male privilege will only change if both men and women collectively decide there is a more just and civilized way of doing business. However, the potential for a more merit-based, diverse,and fair workplace is there and the women on the frontline are contributing to that possibility everyday.