Tarja Halonen was the 11th President of Finland, serving from 2000 to March of 2012. She was the first female head of state in Finland.

Prior to her presidency, she served as Cabinet Minister and Member of Parliament, Minister for Foreign Affairs, Minister of Justice, and Minister at the Ministry of Social Affairs and Health.

Halonen has served as co-chair of the UN higher-level Panel on Global Sustainability, and is also known for her advocacy on gender and equality issues. In 2008 and 2009, she was voted by Forbes’ magazine within the top 100 most powerful women in the world. Lan Anh Vu sat down with Halonen to learn more about her political career and her views on women’s rights.

I come from a working-class family. Like many of my postwar generation, I was active in a number of leftist political movements. This was especially true during my time as a student at the University of Helsinki, but I continued my involvement with political organizations after I had completed my studies.

After graduating with a Master of Law degree, I was hired by the Central Organization of Finnish Trade Unions as a lawyer and was the first female ever to work as a lawyer in the Union. Working in the union spurred my interest in politics.

In 1974, Prime Minister Kalevi Sorsa appointed me to the post of Parliamentary Secretary. Working in the Parliament created a deeper interest in politics and I decided to take part in the municipal elections in 1976. In 1977, I won a seat on the Helsinki City Council, where I served a total of five terms. My first cabinet post came when Harri Holkeri, the new prime minister, appointed me to serve as Minister of Social Affairs and Health in 1987.

One thing led to another, and in 1999, I decided to run for office. I won the election and became Finland’s first female President.

My goal was never to be a politician, but I found it to be a great opportunity to act on what needed change, what could be accomplished, and what must be protected in the world. You never know the challenges or possibilities that will face the world. A position is only the means to do what you deem as important.

We face continuous challenges. I have been the first woman in many issues. I was the first academic person in my family, so in this way, I became a pioneer for my own family. Later, being the first female union lawyer presented enormous challenges.

Recently, I have been working on sustainable development for the Sustainable Development Goals. This is another big challenge, not only for me, but for all of us. These objectives were designed for the leaders so they could accomplish goals in every country and create solidarity from North to South. Sustainable development is not possible without every one of us taking action. I believe that sustainable development leads to more jobs as well as higher wages, which will improve both the level of employment and the productivity of workers. Sustainability is the key to the future, because the future is brighter if we can take the whole planet on this journey.

One lesson I learned early on was to seize an opportunity. Never say no when someone gives you an opportunity to do something. If you are not sure you can do it, just say yes and you can and will learn how to do it later. You have just have one life so when I say “seize the opportunity,” it also means in your private life. You must think as the years go by, “What are the truly important issues?” You must be prepared to make compromises. Do not try to decide between family and career; take both.

The status of women worldwide has clearly improved. However, the majority of women still live in poverty and without full human rights. Empowerment of women is not only correct in order to recognize human rights, but it is an effective way to enhance democracy. Democratization is slower without women’s participation and gender equality.

Education is a key to equality, which affects in many ways the well-being of society as a whole. Investment in education for girls and women quickly pays for itself. Education is also a condition for increasing women’s influence.

Women’s participation in decision making is a prerequisite for saving the earth for future generations. Without gender equality and women’s empowerment, we cannot achieve economic, ecological, and social sustainable development.

Empowerment of women should be the norm. It is fundamental in achieving a more just and safe world. At the global level, we need better coherence among different objectives and actions and a common understanding of how to achieve our goals.

I always tell young people that they should enjoy the moment. The Latin term carpe diem means “seize the day,” and I believe it is important to make the most of every minute of every day. However, always give thought to the future. If you plan to be a wonderful president or whatever your dream position may be, keep this goal in your mind, but also enjoy what you have today. 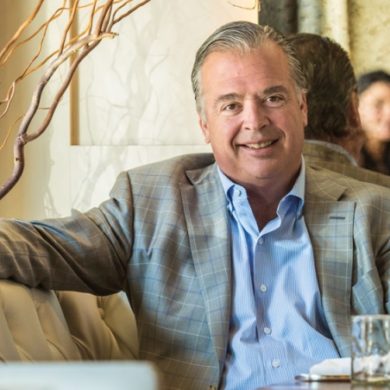 How Faith In People and a Culture Of Integrity Built A Modern American Restaurant Business
We use cookies on our site to give you the best experience possible. By continuing to browse the site, you agree to this use. For more information on how we use cookies, see our Privacy Policy
Continue