The Case for Greater Collective Leadership 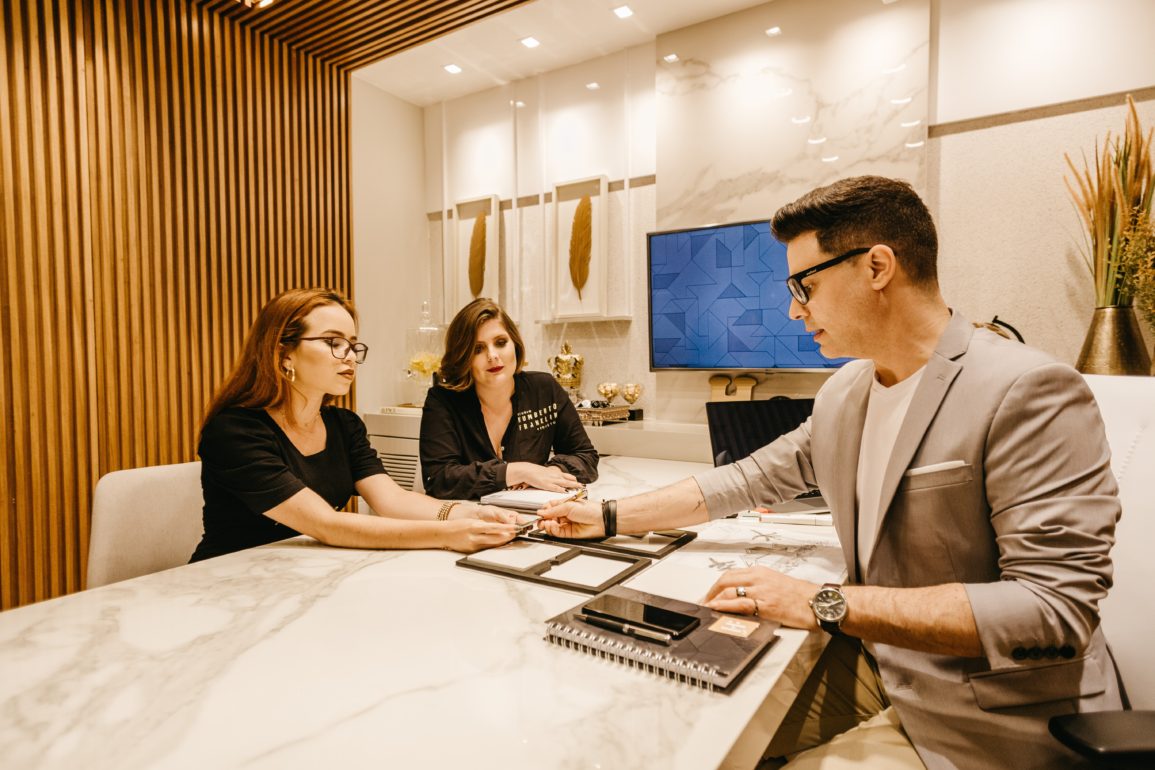 If operationalising strategy is about changing the trajectory of an organisation, and changing trajectory involves people changing what they do and how they do it, then it’s unreasonable to expect them to commit to these changes unless they are confident they will be successful, and the benefits of the future state are worth the pain of transition. And the principal source of this confidence – or not – comes from an organisation’s leadership.

But if the organisation’s leadership is not aligned, either on the strategic intent or the trajectory by which it will be realised, confidence will not be established. Furthermore, it’s not only what leaders say that instils confidence, it’s what they do and how they behave. If they act collectively as one, use the same language and exercise judgement based upon the same criteria, then it will be evident they are aligned, and thereby exercising collective leadership – as opposed to individual leadership. When operationalising strategy, individual leadership is important, but it is not sufficient; as changing trajectory requires everyone – starting with the leadership group – to pull in the same direction.

A key aspect of collective leadership is collective accountability – where the outcomes of decisions and actions are felt by every leader in equal measure. Individuals who exercise collective leadership tend to have similar values and beliefs, but that’s not to say they need to come from the same social backgrounds, have received the same education or had similar life experiences. While the makeup of the leadership group can be quite diverse, each individual believes in the power of collective thought, action and accountability. Executive groups that exercise collective leadership are neither myopic in their outlook, nor parochial in their perspective; they collaborate extensively whilst giving each other constructive feedback and challenge. They are often described as being ‘aligned’ in their decisions and actions, act as one – as opposed to many – and are ‘joined up’ in their thinking and behaviour.

Furthermore, collective leadership should not be confused with consensus leadership – where group members agree to support a decision in the best interests of the whole, even if it is not the ‘favourite’ of each individual.

So, how can an organisation change its organisational leadership model to one that gives greater focus on collective, as opposed to, individual leadership? While this is a huge topic that we cannot cover to the depth warranted in this article, we do offer the following operating principles; where an operating principle is a ‘conscious choice between two equally valid alternatives’. Or, to put it another way, we choose to exercise organisational leadership in this way as opposed to that way. The conclusions that we have drawn from observing organisations that excel in collective leadership is that they operate to a set of principles that cover:

Selection
We all know that it’s difficult, if not impossible, to change peoples’ beliefs so it’s far better to select individuals based upon their beliefs, and give focus to developing their competencies and experience.

Furthermore, as people across the organisation see the type of people who get invited to take up leadership roles, there will follow a process of natural selection, where those aspiring leaders who believe in collective leadership will be motivated and those who do not will seek alternative career paths. The guiding operating principle is to:

Collaboration
We all know that groups of individuals who collaborate are more successful than those that act independently. Collaboration is not in conflict with competition, provided the competition is seen as coming from outside the organisation. Collaboration is not only about sharing, it’s also about constructively challenging and having those difficult conversations with colleagues when in the best interests of the organisation as a whole. Groups that collaborate are more fluid and boundaries are more blurred as individual contributions change as circumstances require.

A significant feeling you get when working with colleagues who collaborate is confidence. Confidence that, if needed, you can ask them for advice and help and, equally importantly, they are also looking out for you. A feeling that is reciprocated across the group. The guiding operating principle is to:

‘Collaborate with colleagues,’
as opposed to …
‘Acting alone.’

Assignment, not position
During his time as CEO at GE, Jack Welch repeatedly reminded his top 750 executives that they were not owned by the business where they worked but by him, and that they were just ‘on loan’. This was part of Welch’s strategy of creating the boundary-less enterprise, which enabled the free flow of ideas, capital and talent. By placing leaders on assignment, he removed the permanency of the position and encouraged a more collegiate and collaborative style of leadership. The guiding operating principle here is to:

‘Place leaders on assignment,’
as opposed to …
‘Place them in permanent positions.’

Using the strong to strengthen the weak
A respected past colleague used to remind us that “a team can only go as fast as its slowest necessary member”. Therefore, if the group wants to go faster, the performance of the slowest necessary member needs to be improved – or they need to be replaced! But how can improvement best be achieved (we’ll come to replacement later)? Again, in the eyes of Jack Welch, you get the highest-performing members of the group to mentor the weakest members, and furthermore align the bonus of the mentor to the performance improvement of the mentee. Or, to put it another way, get the more able and experienced to accelerate the development of the less able and inexperienced.

The beauty of this simple technique is that it builds the capability of the whole not just the individual perceived to be in need of greatest development. It does this simply because it’s impossible to mentor someone without learning from the mentoring process. Whether this learning is about a different part of the organisation or the process of mentoring itself, both individuals can benefit from the experience. It’s also a way to de-risk bringing less experienced individuals – who by selection are seen to have high potential – into leadership positions. The guiding operating principle here is:

Learning from shared experiences
We know that intelligent, successful people rarely learn from what they are told; they learn from their experiences, particularly when they are taken out of their comfort zone and stretched both intellectually and emotionally. This is known as experiential learning. Individual experiential learning is important, but collective experiential learning of a leadership group is a powerful way of establishing shared insight, understanding and commitment. Furthermore, the collective experiences go further than learning about the subject in hand as they develop shared understanding and appreciation of one another at the human level.

The power of collective experiential learning is that it creates a context within which the learning can be applied. As Steve Kerr, the past Chief Learning Officer at GE’s Crotonville leadership institute, repeatedly said: “Never put a changed person back into an unchanged organisation; the investment will be wasted”.

Aligned rewards
The old adage “people do what is inspected, not what is expected” is as true today as it has always been. It was well illustrated in Steve Kerr’s seminal paper On the folly of rewarding A, while hoping for B, in which he argues that all organisms – whether they are monkeys, rats or human beings – seek information concerning what activities are rewarded, and then seek to do (or at least pretend to do) these things, often to the virtual exclusion of activities not rewarded. The extent to which this occurs depends upon the attractiveness of the rewards offered. In his article, he gives a number of examples from politics, medicine, sport, education, consulting and business of reward systems that are, in his words, “fouled up” as the types of behaviour rewarded are those that the rewarder is trying to discourage, while the behaviour desired is not being rewarded at all.

In one example, Kerr cites the expectation that university professors will not neglect their teaching responsibilities, yet they are rewarded almost entirely for their research and publications. While the mantra “good research and good teaching go together” is often quoted, the reality is that professors often find that they must choose between teaching and research-orientated activities when allocating their time. He also gives examples of the most common management-reward follies, including hoping for total quality, but rewarding for shipping on schedule, even with defects.

While it’s important to hold individuals accountable and reward them accordingly, it’s more important to understand what to hold them accountable for and then reward them accordingly. If it’s the achievement of a collective outcome, then ‘the reward’ should be aligned to this outcome – while recognising each individual’s contribution. We’re not suggesting that alignment of reward is the same as everyone receiving the same compensation, but if collective action and accountability (collective leadership) is the goal, then personal reward needs to be aligned to the collective achievement. The guiding principle here is to:

Improving the collective
Collective leadership only works if everyone in the group feels that each individual is both committed and ‘pulling their weight’. If this is not the case – either through commitment or ability – then the membership of the group needs to change. If it is felt that an individual’s performance and contribution cannot be improved, then they need to be invited to leave the group and pursue an alternative career path. Being a member of a group that exercises collective leadership is by no means an easy option. In many respects, there are less places to hide than in organisations that advocate individual leadership. Continual improvement of the collective leadership qualities of the group is paramount, and one way of achieving this is through the objective selection, retention and de-selection of its members. As Jack Welch is quoted as saying “My main job was developing talent. I was a gardener providing water and other nourishment to our top 750 people. Of course, I had to pull out some weeds, too”. The guiding principle here is to: