The Future Of Plastics: Reusing The Bad And Encouraging The Good

Tonnes of plastic end up in the ocean each year, but a switch away from petroleum-based products to bio-derived and degradable composites could lessen marine pollution. 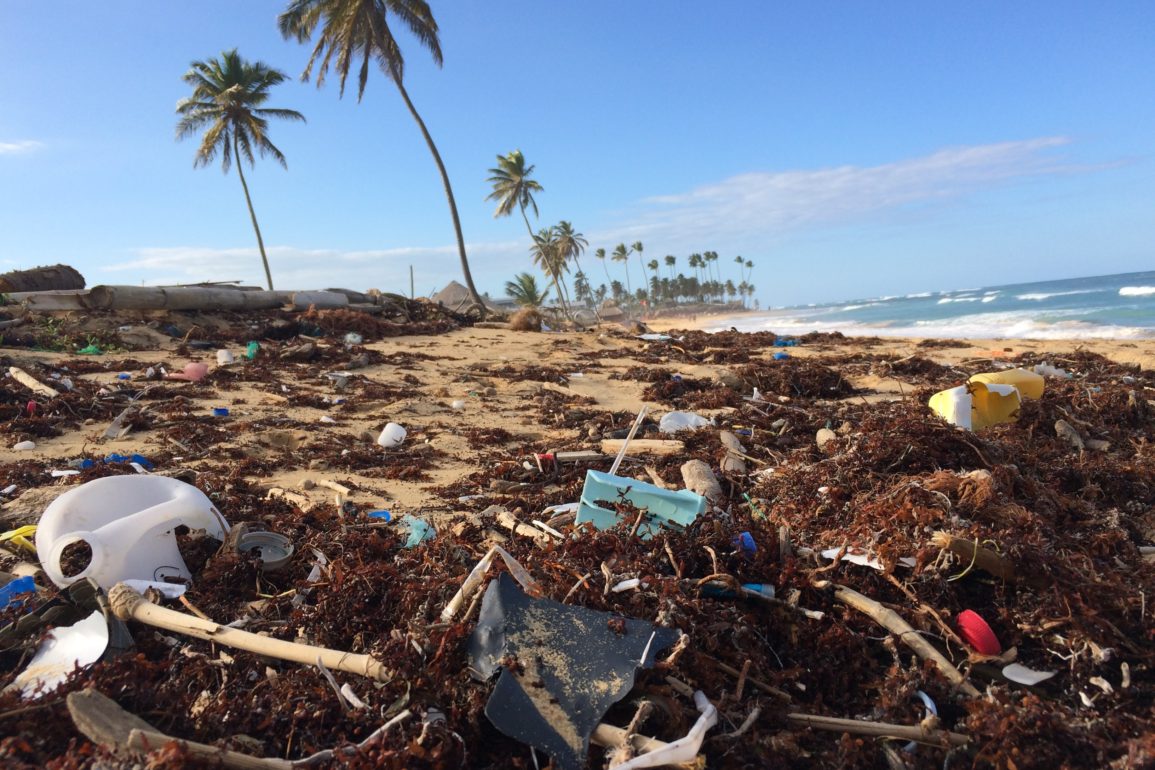 Plastics have got themselves a bad name, mainly for two reasons: most are made from petroleum and they end up as litter in the environment.

However, both of these are quite avoidable. An increased focus on bio-derived and degradable composites as well as recycling could lessen pollution and, in fact, plastics could make a positive contribution to the environment.

The durability of plastics makes them so useful, but at the same time, it turns them into a persistent (and increasingly big) blot on the landscape, or more importantly the seascape, once discarded.

We’ve known for a while that bulk plastics are polluting the oceans. Converging sea currents are accumulating plastic waste in a floating island known as the Great Pacific Garbage Patch, which now covers an area larger than Greenland. The bigger bits of plastic are life-threatening to marine life and sea birds. They can strangle marine mammals or birds and build up in their stomachs and guts.

More recently, awareness of microplastics has raised concern about their ubiquitous presence in the food chain. Commentators suggest that by 2050 there will be as much plastic in the sea as there is fish. Who wants to go catch some plastic then?

Beyond that, plastic production currently relies on petroleum and that has raised issues about health hazards, generally associated with petroleum-based products during production, use and disposal.

Plastics can contribute positively to the environment in the following ways:

Between one-quarter and one-third of all food produced is wasted through spoilage. But without plastic packaging, it would be considerably worse and have a larger carbon footprint.

Many of the recycling enthusiasts I know do not think about throwing out spoiled food that required energy in terms of planting, cultivating, harvesting and transporting and therefore will have added to greenhouse gas emissions.

The use of plastics in transportation (cars, trains and planes) will reduce fuel consumption. Their application (along with reinforcing fibres) in aerospace as alternatives to traditional metallic alloys has brought huge gains of fuel efficiency over the last few decades.

Incorporation of fibre-reinforced plastics in the Boeing 787 Dreamliner, for example, has resulted in fuel efficiencies that are similar to a family car (when measured by kilometres travelled per person). By the way, carbon fibre, the aerospace fibre of choice, is produced from plastic.

There are good things about plastics including benefits for the environment, but is it possible to make use of the good aspects and avoid the bad?

Plastics are, chemically speaking, long chains or large cross-linked structures most commonly made up of a framework of carbon atoms.

For a long time, we have been using bio-derived plastics – naturally occurring materials such as animal skins including leather, gut and wood. These forms of plastic are complicated chemical structures that can only be made in nature at this stage.

Some of the early synthesised plastics were made from naturally occurring materials such as casein (from dairy) that was used for simple items such as buttons. The development of petroleum-based plastics has been a major distraction from such materials.

However, in the last couple of decades, bio-derived plastics have become available that provide good replacements. These include starch-based plastics such as polylactide (PLA), which is produced from corn starch, cassava roots or sugarcane and processed in the same way as petroleum-based plastics. Such plastics can be foamed or used to make drink bottles.

Recycling plastics is another essential step towards reducing the environmental load. Let’s face it: it is people who are doing the littering, not the plastics themselves. More effort could go into waste collection and a carrot/stick approach should include disincentives for littering and a plastic tax which would exclude recycled plastics.

Incentives are also needed to encourage product development that takes account of the full life cycle. In Europe, for instance, legislation has made it compulsory in the automotive industry for at least 85% of a car to be recycled. This has had a dramatic influence on the materials and design used in the industry.

Even with best efforts, it is unrealistic that we would capture all plastics for recycling. Biodegradable plastics could be a useful tool for preventing environmental damage. PLA (polylactide) is biodegradable, though slow to break down, and there are other forms available.

This highlights the need for more research into controlling biodegradability, taking into account different applications and the need for infrastructure to deal with biodegradable plastics at the end of their life. Obviously, we don’t want our planes biodegrading during their 20 years of service, but one-use water bottles should break down within a short time after use.

The planet doesn’t have to become a toxic rubbish dump. In the short term, this will need some government action to encourage bio-derived, recyclable and biodegradable plastics to allow them to compete with petroleum-based products.

There are signs of improvement: increasing awareness of the harm plastics cause and a willingness of consumers to pay for plastic bags or to ban them. We need to stop dumping in our own backyard and remember that the environment is where we live. We ignore it at our peril.