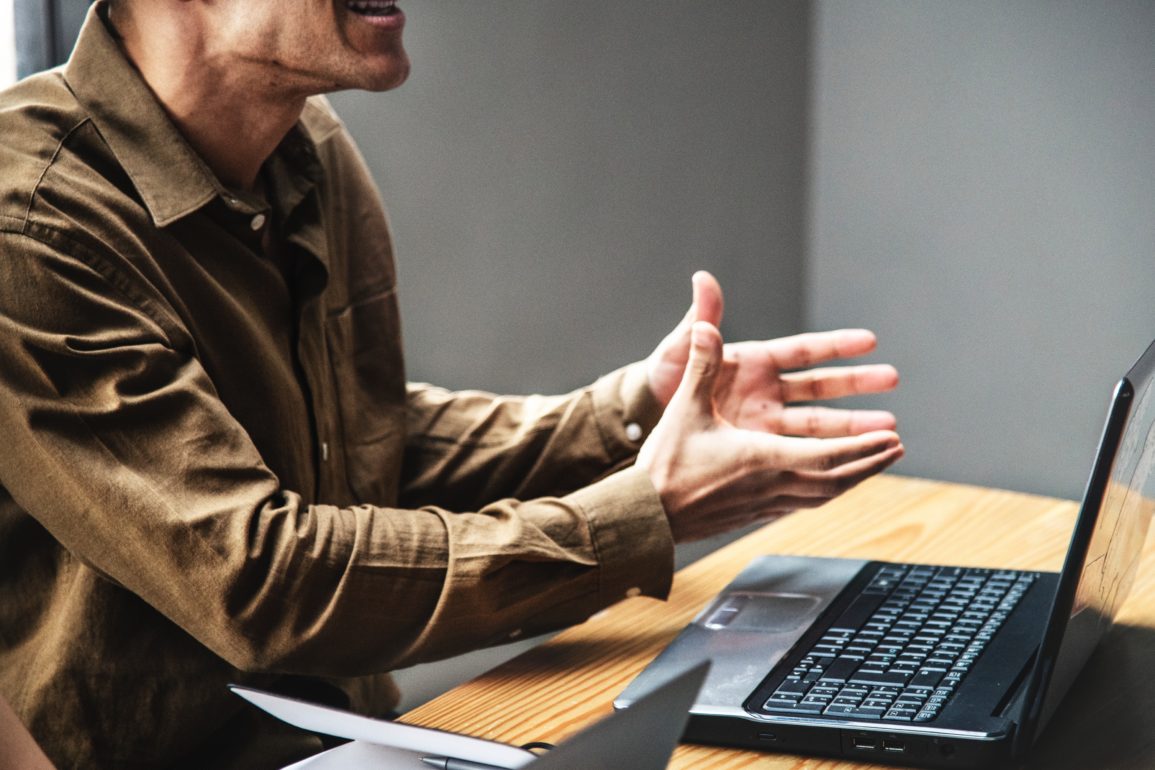 One Sunday afternoon, Nancy, an executive in the tech industry, got a call from an irate colleague. She’d made a business decision that he didn’t approve of, and his response was to shout and curse at her over the phone: “You’re so stupid. What an idiotic thing to do. You stupid ****.” He plowed on without pausing to let her speak, with barely a breath between insults. It was the kind of onslaught that would have even the most centered among us rocking backward on our heels.

But Nancy kept her cool in the face of his anger. “I started making a tally of the number of times he used each rude word–making a little mark each time he said ‘stupid’ for example,” she told me, a small smile on her face. “He said ‘stupid’ 27 times.” Keeping the tally allowed her to get some emotional distance from his verbal attack, which helped her stay calm.

“When he finally stopped talking I simply told him politely why what I’d done was in fact the right thing,” she recalled. He was floored by her composure. “I think he’d really hoped to knock me sideways, but I was fine.”

Clearly, Nancy has a black belt in the art of stepping back—a response that allows us to stay rational in the heat of the moment and emerge from contentious situations with the upper hand. It’s a useful talent for anyone in the working world, which places a premium on cool-headedness even when tempers flare. And while it’s not always easy to achieve emotional distance, it is possible to teach yourself this skill.

While it’s not always easy to achieve emotional distance, it is possible to teach yourself this skill. First, it helps to understand our brain’s instinctive reaction to anything that poses a threat to us. When we’re confronted with any kind of threat–whether it’s an angry grizzly bear or an unfair performance review–our brains leap to our defense with a fight, flight or freeze response. That’s helpful if we need to avoid a brutal mauling. But kneejerk defenses are less useful in office life, since they tend to look a lot like immature aggression or sulking.

Even when we’re only mildly stressed, research has found that we have less activity in our brain’s prefrontal cortex—the seat of our more sophisticated cognitive processes, like conscious reasoning and self-control. No wonder it’s so hard to be at our best around co-workers who disparage our hard work or customers who seem dismissive and dissatisfied. It’s as if a part of our intelligence has gone offline as we absorb their challenging comments.

But studies show that we can dampen this threat response if we adopt a “distanced” perspective even in the midst of the bad thing that’s happening. This allows us to think more clearly and keep our best selves within reach.

That’s what Nancy was doing when she decided to track her colleague’s vocabulary. She effectively swapped places with herself, opting out of being the target of his invective and instead assuming the position of an amused (albeit horrified) onlooker.

We needn’t adopt this specific tactic to get the benefits of distancing. We just need to ask what ourselves someone else would say or think about the situation that’s unfolding.

When it comes to work stress, the best thing you can do is pretend you’re someone else. This approach has been tested by Ethan Kross, director of the University of Michigan’s Emotion and Self-Control Lab. In one experiment, he and his colleagues gave a group of 89 volunteers the Trier Social Stress Test, wherein participants have to prepare and deliver a speech to an impassive panel about why they’re an ideal fit for their ideal job. The Trier test is designed to induce stress, and it’s proven to be strangely reliable in provoking anxiety among even the most confident of people.

After the volunteers had prepared the speech, but before they’d given it, they were given a few minutes to reflect on their anxiety. One group was asked to consider the question, “Why am I feeling this way?” A second group was instructed to distance themselves by commenting on themselves in the third person: “Why is [first name] feeling this way?”

When participants finally spoke in front of the panel of impartial judges, the second, “distanced” group received higher ratings on their performance. And they felt better, too. Researchers found that they expressed less negativity both before and after their speech.

So when it comes to work stress, the best thing you can do is pretend you’re someone else. Here are a few proven tactics for adopting a distanced perspective:

Travel forward in time. Ask yourself: “What will I think about this a month from now, or a year from now?” This simple question can often help you put your problems in perspective.

Pretend you’re an impartial observer. Think about what someone else would say if they were describing the situation from a neutral perspective, for example that of a stranger stumbling upon the scene.

Call upon your “best self.” Think about the person you are when you’re at your most compassionate and wise, and ask yourself what that “best self” would say about the situation at hand. This twist on the distancing approach allows you to tap into your own past experiences handling stressful situations.

Advise a friend. Gain some distance by asking yourself, “If I were giving advice on exactly this situation to a friend of mine, what would I say?”

This is not an exhaustive list, but I have seen all of these techniques work. It helps to experiment until you find your own favorite go-to distancing tactic–one that’s easy to remember when you run into trouble.

Doug, a CEO of a retail business, says he finds it most helpful to “imagine that I’m observing the situation from the outside, looking in. I ask myself what I’d advise someone else if they were the CEO.”

Chloë, the operations director of a fashion business, says she asks herself: “What would my ‘best self’ say about this when looking back on this in a week’s time?” With that question, she’s combining at least two of the distancing techniques listed above—shifting the time frame and imagining the wisest version of herself.

These kinds of distancing tactics can help us even after the immediate threat has passed. Research finds that people feel calmer they look back upon a recent unpleasant event if they describe it as an observer would have seen it; learning how to use distancing also seems to have a lasting beneficial effect, making it easier for people to stay calm the next time something stressful happens. That might explain why Nancy is one of the happiest and most balanced people I’ve ever met—despite her short-tempered colleague.

Caroline Webb is the author of How to Have a Good Day: Harness the Power of Behavioral Science to Transform Your Working Life and CEO of Sevenshift.