The Secret Rules of Engagement 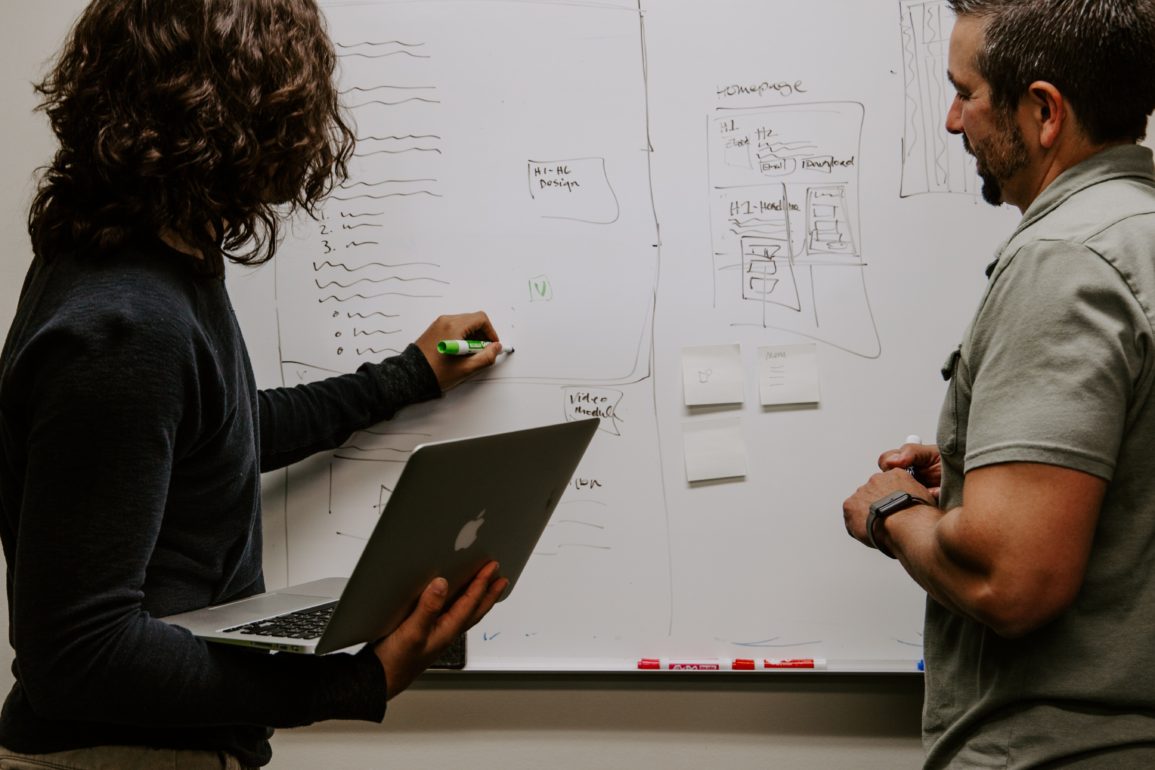 How we turn our employees into advocates and ambassadors

Employee engagement — is how we ensure that employees are encouraged to do their best every day.

It wasn’t until I moved to work for PepsiCo, that I began to realise the huge difference ‘engaged’ employees could actually make. This was the ultimate challenger brand, a business waking up every day under the shadow of its rival the world’s most recognised brand, Coca Cola. The leadership of PepsiCo was switched on to this, and vitally, knew that their role was to create an environment and the excitement that would encourage employees to give an extra 15% discretionary effort in everything they performed.

This was of course in much better times, and as Gallup’s recent research on Employee Engagement demonstrates, it is so much harder to deliver engagement in a downturn, but so much more essential.

Engagement is a deeply personal and emotional affair and cannot be mandated and has no ‘universal solution’. One size fits no-one!

The real trick is to find out what really engages YOUR employees, not someone else’s.

‘Broad-brush’ research and the latest theories and concepts, can be useful, but they rarely provide the specific solution for your place of work.

Go for the positive approach

Most organisations unfortunately still tend to use engagement results negatively, they tend to focus on what’s going wrong, and on why people aren’t as engaged as they could be.

Managers are trained to look for what’s going wrong, where leaders tend to focus on the positive.

Gallup’s research included 1.4 million employees and there are some distinct patterns from top-quartile to bottom-quartile companies; progressive firms tend to have lower absenteeism, less staff turnover and fewer safety accidents.

Some of the stars of world class employee centricity have had an air of invincibility, with their incredibly modern working conditions, jaw-dropping benefits and a sensational brand, but that was in the good times. A recent survey of companies with the highest amount of employee turnover, strikingly had the usual engagement high performers have started rapidly losing people, with Google at number 2 and Amazon at number 4.

As businesses grow and expand, the leadership can become dangerously distant from the frontline operators.

There are some essential levers for employee engagement, but by far the most important is a good and decent manager.

When the evidence is clear — Act

Everybody deserves consistency from their line manager. Employees do not tend to leave because of one single incident. Most colleagues just want their manager to be consistent with their dealings with people. Feeling that others are favoured can be debilitating.

They will care about the needs of their colleagues and want the organisation to succeed. Trust has an incredible effect on engagement and consequently on performance.

Be clear & be fair

When employees clearly understand what their role is and are given the tools and the environment to succeed, this will drive the crucial connection between their role and the purpose of the organisation.

This is Employee Engagement in action and fundamental in these trying times.

Oscar Wilde describes it beautifully, “When we are happy we are always good, but when we are good we are not always happy.”

It never takes long for us to remember our most illustrious time at work.

In listening to last year’s very moving coverage of the 70th anniversary of the ‘D Day’ landings in France during the tragedy of World War II, we heard about the pride, camaraderie, and recognition of those who braved the beaches. We heard even more strong and positive memories of those who eventually got to Paris and beyond.

This was in spite of the brutal and unimaginable horrors of war. This was the most extraordinary form of ‘engagement’.

It’s always easy to take our minds back to our favourite teacher at school. That favourite teacher was probably the one that was the most enthusiastic about both their subject matter and getting their points across to all the students in the classroom.

They tended to be the teachers whose classes nobody skipped, and everyone completed their set homework — on time.

They are probably the ones whom even if you forgot what they said, you always remembered how they made you feel — engagement again.

You know it makes sense

The case for better engagement is irrefutable — so why are so many scores still so bad?

Well, a look at what disables engagement most points to a few recurring themes.

The data from engagement surveys is hugely valuable in itself, but the real differentiator is what organisations actually do with the resulting data. Many progressive organisations use the data to drive meaningful dialogue. This alone can transform engagement scores, but perhaps is no longer sufficient on its own.

When this has been eventually achieved, it’s a great start, but nothing stays still for long nowadays. The work environment must be continuously tweaked and redesigned to ensure it remains modern, humane and enjoyable. A very tall order, but eminently achievable.

Apart from our favourite teacher who (perhaps with my faded memory) appeared to deliver positive engagement at every class, I experienced all this and more during one of the more unlikely periods of my career. At IPC Media, with my fellow board directors, we had just commenced an audacious Management Buy Out (MBO), which eventually took the business private. Away from the glare and scrutiny of the stock markets, it was possible to reshape the business to out-deliver our financial commitments.

The new sense of purpose, common goals and shared commitment was immensely powerful and energising, despite the tough everyday challenges and tightening cost environment.

Every day was tough, but memorable, because of the natural collaboration. We gave our people our attention and they gave us theirs — just like our favourite teacher.

There is still the dangerous habit of appointing the “smartest man in the room” as the CEO. The words are chosen carefully, as it is still disappointingly far too rarely a woman.

There are still far too many examples of the CEO who is more technocrat than coach or visionary leader. Think Travis Kalanick at Uber.

In an era of rapid change and transformation, there is still far too much of a premium placed on intellect and academic rigour, when what is actually necessary is the ability to keep a team energised, especially through tough times.

Many recent surveys on Employee Engagement, inform us that an emotional connection with your people is so much more powerful and enduring for morale and motivation rather than an outdated reliance on intellectual prowess or authority.

We see this played out again and again, and only need to look at how the ‘Brexit’ campaigners here in the UK, removed any intellectual stimulus from their message. They put up politicians that had an incredible ability to connect and engage with a disaffected electorate.

The electoral polling before Brexit never suggested that the disillusioned were being connected with by an anti-establishment message that touched their inner feelings of neglect. They felt ignored by what they perceived as ‘out of touch’ traditional politicians cocooned in their ‘well off’ ivory towers.

Many would say, they didn’t appear to care that the alternative policies being presented were at best half-truths and that the numbers just didn’t stack up.

Stay connected to your people

A self-indulgent political elite persevered with the traditional and intellectually sound policies that failed to connect or engage with a disaffected electorate.

Not having learned anything from the Brexit debacle, Theresa May, was elected the new Prime Minister of the UK by her party, the Conservatives. She was seen as “strong and stable”, despite her obvious failings, she has unfortunately never had any form of empathy or EQ.

Robots have their place

The real killer flaw with May, was her inability to engage, even with her ministers and her cabinet, and just as importantly her inability to connect with those who would not have naturally been seen as her party’s core base and loyal following.

This dire lack of engagement, led her to disastrously suddenly call a snap election. Far too many non-committed voters went for the complete antithesis of Theresa May, in the leader of the opposition, Jeremy Corbyn. Corbyn is an unreconstructed socialist who appeared trapped in the bygone protest votes of the 1970’s.

Corbyn may be many things, but an aloof intellectual, he certainly is not. Many find him just a little too wrapped up in impossible socialist rhetoric, but tellingly, the cliché most associated with him is “he wears his heart on his sleeve”.

In just a matter of weeks, the same set of seemingly disinterested and disaffected voters, appeared galvanised, as he re-energised those that had felt marginalised.

He had given them a new-found purpose and instilled a strong sense of both self-belief and confidence. He is the living embodiment of the ‘movement’ he is invigorating; smiling, high fives and much fist pumping as he plays to a hugely supportive gallery.

He has installed that famous ‘underdog spirit’ that Brits love so much. His much-maligned Labour party nearly overturned the humiliated Prime Minister’s huge majority and are now favourites to win the next election.

Corbyn scored hugely with the younger generation who took to his natural empathy and ability to truly ‘feel’ what they felt.

Corbyn will never be everyone’s ‘cup of tea’, and he certainly would not do well on a debating society evening, but he knows how to engage his followers and instil in them a ‘cause’ that they all believe in and are prepared to fight for.

Despite those who decry him for being outdated and yesterday’s man, those working with him see authenticity, the ‘common touch’, and most of all someone that they can believe in.

As Confucius says, “The person who said it cannot be done, should not interrupt the person doing it”.

This article originally appeared on https://www.carayol.com/the-secret-rules-of-engagement/

Drop by and say Hello and Follow my Spike journey on