1. Know your value and purpose. 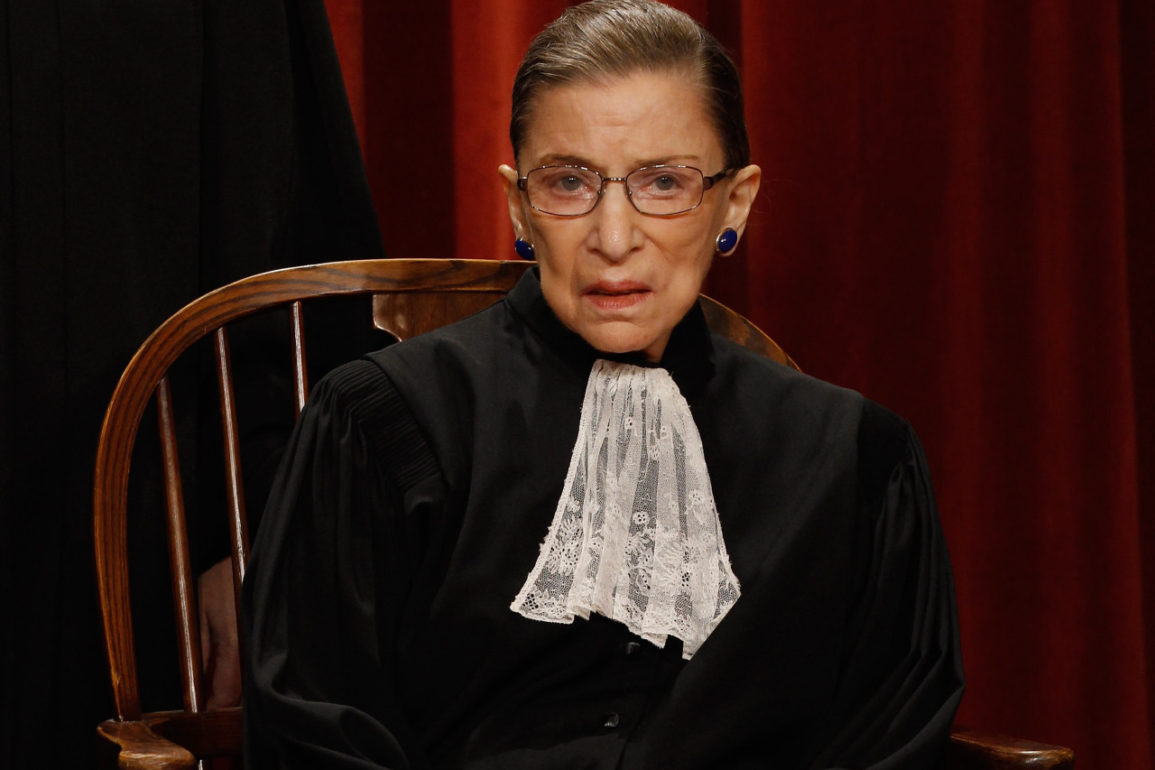 Last week, Ruth Bader Ginsburg fell in her office at the Supreme Court and broke three ribs. As a result, she was hospitalized briefly. Women across the country who look to her as their champion hoped she would return to work quickly. But Ginsburg didn’t wait to be released from the hospital to resume her work. She was quick to shoe the doctors out of her room so she could have some quiet time to concentrate. She was already working.

At 85, Ginsburg is an inspiration for all women. A warrior for women’s rights throughout her career, she uses her intelligence and her voice to advocate for justice. Her petite frame and age never limit her from standing in her power and it has earned her the title, the Notorious RBG. A two time survivor of cancer, she has barely missed a day of work. She persists.

Ruth Bader Ginsburg is a role model for all women to step into their power and own their ambition.

Here are the three lessons we can learn from Ginsburg about ambition.

Know your value and purpose.

Ginsburg’s superior intelligence was never in question. She attended Harvard Law School and later transferred to Columbia Law School to be in New York for her husband’s work. She was the first woman to be on both the Harvard and Columbia Law Review. She was a rock star talent but still struggled to get a job after graduation.

“Not a law firm in the entire city of New York would employ me,” she once said. “I struck out on three grounds: I was Jewish, a woman and a mother.”

Ruth moved in another direction and became a professor at Rutgers Law School in 1963 and co-founded the Women’s Rights Project at the American Civil Liberties Union. A decade later, she became the ACLU’s general counsel, which led to a series of gender discrimination cases, six of which brought her before the U.S. Supreme Court. She won five out of six cases. She found her purpose; fighting for women’s rights.

Women in this country see Ginsburg as their spokesperson; their voice. They trust her to represent their rights and stand up for gender equality. This has become Ginsburg’s mission. It is the passion and commitment to this mission that fuels her ambition. She is not ambitious for herself but for her cause. It’s not ego driven but purpose driven. She understands her value and how she can make a difference in society. It’s her legacy.

Ask yourself how do I add value to my organization and society? Do I have a purpose that motivates me to be my best self?

Ginsburg has never let the obstacles she faced be excuses for not owning her ambition. She has always persisted. From early in her career, when she couldn’t find a position at a law firm, to later in life when she was battling cancer, she persisted. She never missed a day of arguments on the Court. When she had young children, she would put them to bed and work into the early hours of the morning. When her husband was ill, she took care of him and never dropped the ball. And last week, when she broke three ribs, even at the age of 85, she continued to work, never missing a beat.

Ginsburg is a woman who doesn’t blame her circumstances for a lack of performance or commitment to her work. Perhaps the obstacles make her even stronger.

What obstacles do you currently face in your career? Do you let these obstacles become barriers to your success or do you look for avenues to overcome them?

In 1980, President Jimmy Carter’s nominated Ginsburg to the United States Court of Appeals for the District of Columbia. President Bill Clinton nominated her to the Supreme Court in 1993, making Ginsburg the second woman ever nominated to the US Supreme Court. Incredible accomplishments.

“She has been at this work for at least a half-century, and she’s not done yet,” says Irin Carmon, one of the co-authors of Notorious RBG.

Though petite in stature and soft-spoken, Ginsburg owns the power of her talent and ambition and takes no prisoners. She lets her voice and actions reflect her mission for justice and equality.

“Many people have asked me, ‘Well, when are you going to step down?'” she said in an interview this year. “As long as I can do the job full steam, I will be here.”

“Even at the age of 85, she can be unflinching in her commitment to equality and justice,” says Carmon.

I doubt there was ever a time in Ginsburg’s career when she thought about quitting; that she didn’t believe in herself and her potential. Many women, however, struggle to embrace their talent and ambition. Their negative mindset about ambition is that it’s self-serving, ego-driven, and competitive and they’re not comfortable with it. These beliefs create an internal conflict and result in an ambivalence about ambition, especially as we struggle with the balance of motherhood and career.

We associate power with ambition and are challenged with the notion of having professional power as a Harvard study suggests. It is therefore critical that examining your own mindset be the first step to owning your ambition. Does your mindset about ambition hold you back?

What motivates you to be successful? Whenever you falter and lose your way, think of Ruth Bader Ginsburg and stay connected with your value and purpose, make no excuses, and own your ambition. Strive to be your best every day and reach your full potential. That’s ambition.

Bonnie Marcus, M.Ed, CEC,  is an executive coach, professional speaker, and author of The Politics of Promotion: How High Achieving Women Get Ahead and Stay Ahead. She is currently working on her second book about ageism and women over 50 in the workplace.