This Is The Reason Why Many People Won’t Be Successful, Despite Their Best Intentions

Having The Right Intentions To Succeed Is Not Enough 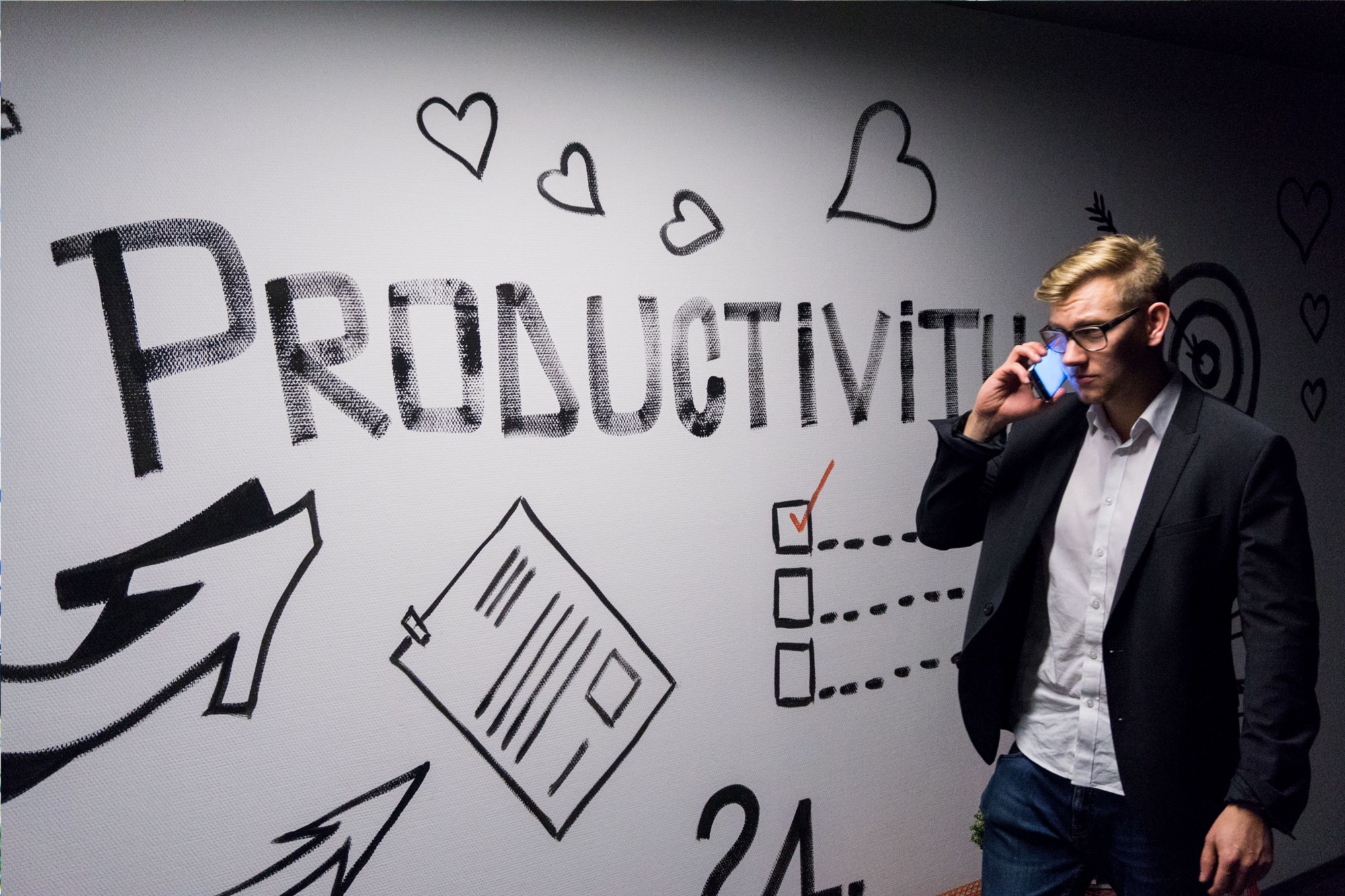 Having The Right Intentions To Succeed Is Not Enough

“Success is walking from failure to failure with no loss of enthusiasm.” — Winston Churchill

Occasionally an article comes along and ruffles your feathers. I’ve come across them many times and felt obliged to share my feelings.

However, when I regain my composure, I realise such articles force me to make adjustments to my life leading to positive change.

I trust this is one of those articles.

I don’t intend to affront you, but to awaken you. Something tells me you were drawn to this article for a reason. Whether subtle or otherwise, let’s share the journey together over the next five minutes and see where it leads.

Motivational speaker Brendon Burchard says: “A warrior’s destiny is greater than his wounds.”

If this article unsettles you, let me be the first to say, go with the resistance. Many people want to push against pain and miss out on the vital lessons that growth provides.

Why am I justified to deliver this advice?

I have studied human behaviour and success principles for over a decade while coaching thousands of corporate clients. In short, I appreciate the mindset required to perform at any level whether you’re a CEO, a musician, an artist or weekend sporting enthusiast.

I’m not stating something new, because we are dealing with complex mental and emotional factors, not least of which are our beliefs and childhood conditioning.

Humans are complex beings. It is not new to you that what a person says and does, is different.

To highlight why many fail to attain success, consider the following account. There’s a story of a successful entrepreneur running a weekend seminar with audience members paying $1,000 each to hear him talk about wealth creation. The auditorium is filled with close to twenty thousand people.

As he settles in to the talk, he puts forward the question: “Who wants to learn about wealth creation and investing?”

Naturally, everyone raises their hand. The next bit is interesting. He states, 10% of the people present will follow through on their intentions and become wealthy. Moreover, 90% of the audience will not follow the strategies laid out and should go home now.

He says, 10% of the audience who are dedicated to following the strategies know who they are and should fill the seats at the front left behind by those leaving.

Consider what runs through a person’s mind who is told to leave a seminar, despite paying $1,000 to learn about wealth creation strategies?

While you may disagree with him, on some level he’s right because the numbers don’t lie.

Behavioural expert, John Assaraf tells a similar story. John is an internationally acclaimed author, speaker and entrepreneur who has amassed a fortune through various business ventures.

He states, out of one hundred people who claim wanting to make $1 million dollars a year, three to four of them will succeed.

2. Of the remaining eighty people, 16% will pull out due to various reasons.

3. Of the 67 remaining, 32 people will give up within 6 months when obstacles appear.

Therefore, out of those 100 people, three to four will follow through and achieve financial success.

According to John, 3% of the population will: listen, learn, apply and make things happen.

I find it fascinating not because I endorse John Assaraf or his teachings. I could narrate a story about Tony Robbins or Brian Tracy for that matter. The statistics cited are compelling on why success remains elusive to many, even the intelligent amongst us.

“If you are not willing to risk the usual you will have to settle for the ordinary.” — Jim Rohn

So, do you have what it takes to be successful, whether financially, career or otherwise?

How do you know?

Napoleon Hill writes in Think and Grow Rich: “Every person who wins in any undertaking must be willing to burn his ships and cut all sources of retreat. Only by so doing can one be sure of maintaining that state of mind known as a BURNING DESIRE TO WIN, essential to success.”

If you read no further than this point, allow me to impress upon you the main reason many people won’t succeed despite their best intentions: they lack a burning desire.

Success requires a deep commitment and a compelling desire to succeed. You must want it more than air and water, not because of what it brings to your life but because of whom you become when you are successful.

Jeff Olson explains in The Slight Edge: “Every day, in every moment, you get to exercise choices that will determine whether or not you will become a great person, living a great life. Greatness is not something predetermined, predestined or carved into your fate by forces beyond your control. Greatness is always in the moment of the decision.”

What use is success and wealth if your health suffers, your marriage or relationships are in ruins and your character is damaged? I’m certain at the time of writing this Harvey Weinstein and Co can attest to the damage their indiscretions have brought to their lives and others.

“One of the most common causes of failure is the habit of quitting when one is overtaken by temporary defeat,” states Napoleon Hill.

This is the primary reason many won’t succeed because they allow their defeats to weaken their commitment to prevail instead of pursuing success with a determined resolve.

Ask any entrepreneur or start-up founder. They are soul destroying and can break a person’s character. Equally, so is giving up. Nevertheless, if you lack a powerful WHY, failure and setbacks are likely to annoy you until you concede defeat.

Simon Sinek explains in Start with Why: How Great Leaders Inspire Everyone to Take Action: “Regardless of WHAT we do in our lives, our WHY — our driving purpose, cause or belief — never changes.”

Moreover, it was Jim Rohn who said: “We must all suffer from one of two pains: the pain of discipline or the pain of regret. The difference is discipline weighs ounces while regret weighs tons.”

We mustn’t make success nor wealth our primary goal. These are by-products of pursuing excellence and aligning yourself with passion and purpose. If it were, billionaires like Warren Buffett and Bill Gates would hold on to their wealth instead of giving it away.

Sure, I get it, philanthropy is good marketing, but it is also aligned with the pinnacle of achievement where the individual gives back for the good fortune they gained.

Buffett was once quoted saying: “If you’re in the luckiest one per cent of humanity, you owe it to the rest of humanity to think about the other 99 per cent.” Sadly, not all billionaires share his optimism.

Pursue Something Greater Than Your Capacity To Achieve It

“The more you lose yourself in something bigger than yourself, the more energy you will have.” — Norman Vincent Peale

Success accompanies you when you are armed with a strong strength of character, a resolute conviction, and a powerful mind. If you set out to pursue success alone to the detriment of other qualities, you may prosper, but it will come at a price. Many fail to heed this advice and lead sorrowful lives because all they have is money.

There is nothing evil about gaining wealth and it is not the root of all evil. Hoarding and worshiping money while neglecting your character is a crime against the soul because the richest person in the cemetery is there for a reason.

That gives us a clue to what little time you have here must be used wisely and thoughtfully. Yes, be successful and explore your talents, gifts and genius as best you can. Be considerate with your accumulation of wealth, with the intentions to influence other people’s lives.

Many people won’t succeed because their WHY is not strong enough that when failure and defeat show up, they are likely to retreat. The person with a powerful WHY regards failure and setbacks as obstacles to overcome, not impediments to success. They are narrow minded and focussed on their vision because it is imbued with a greater purpose.

“Until a man selects a definite purpose in life he dissipates his energies and spreads his thoughts over so many subjects and in so many different directions that they lead not to power, but to indecision and weakness,” states Napoleon Hill in The Law of Success in Sixteen Lessons.

When you pursue a greater cause, you burn into your subconscious mind a commanding reason to never give up. Your WHY becomes your lifeblood; your air and water. Without a WHY tied to your purpose, it becomes a passion or a hobby, not an enduring truth.

With a substantial WHY, you will succeed assuming it is greater than your ability to capitulate to your failures. Setbacks is life playing the bully to find out whether you have the backbone to play big.

Playing big counts, whether you’re a blogger, musician, artist, programmer or entrepreneur. The human spirit has a purpose to soar, and this is why many feel stagnant when they sell themselves short.

So, dare to be great.

Dare to be brilliant.

Dare to show the world that failure, setbacks and obstacles are smaller than your WHY.

Show the world you can overcome any impediment beyond measure.

Only then will you succeed, no matter what I or anyone else has to say, because you will have aligned with your best intentions and delivered on your promise to fulfil your greatness. 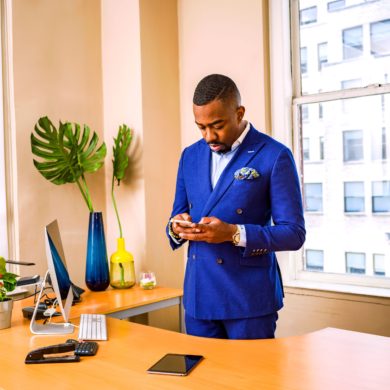 The Absolute Worst Thing You Can Do When You Want To Pivot Or Change Your Career
We use cookies on our site to give you the best experience possible. By continuing to browse the site, you agree to this use. For more information on how we use cookies, see our Privacy Policy
Continue