This Is The Ultimate Creativity Hack

Russell Ballard tells the story of a seven year old girl who started a tomato plant for a second grade project. 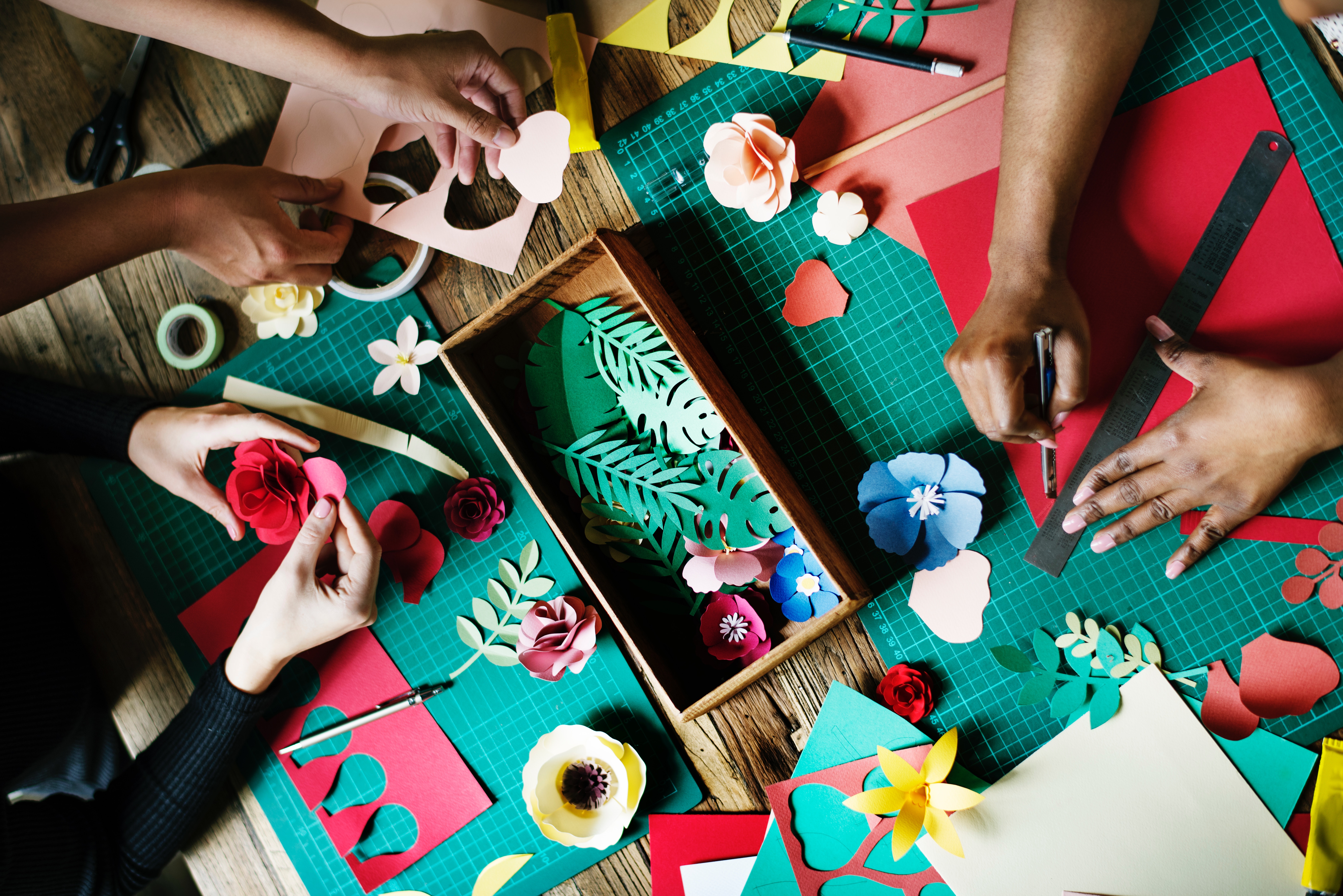 Russell Ballard tells the story of a seven year old girl who started a tomato plant for a second grade project.

She was taught that one tiny seed had the potential to become a tomato, which contained many seeds that could make many tomatoes.

Unfortunately, she almost killed her starter tomato plant. In her youthful immaturity, she left the plant in a dark room for a few days and totally forgot about it.

“When I remembered the plant, it was all wilted and dead looking. I cried because I thought of all of those millions of tomatoes that would never grow.”

She was devastated, and likely nervous to tell her teacher that she had killed her plant. Her mom told her that the plant might not be dead yet, and that with some proper nourishment — sunlight and water — the plant might revive.

The girl put the plant right by the window where it could get tons of sunlight. She regularly gave the plant water. And a “miracle” occurred: The plant almost immediately began thriving and growing tomatoes.

If you don’t continually hone your mind and body, you will become foggy and flabby.

Human beings, like tomato plants, are organic structures that need constant nourishment. Without a nourishing environment, it doesn’t matter how much potential you have. If you are in a dark room for long, you will wilt, and potentially die.

No amount of willpower in a dark room will save your life. You need healthy nourishment from the outside world. Gritting your teeth and trying to do it on your own won’t work. You need the right environment and you need the right behavior.

However, there is never a point at which you’ve arrived, and no longer need constant nourishment. Even after you’ve developed incredible internal clarity, motivation, education, and strength, if you don’t create an environment that supports the growth you’ve made, you will lose the growth you’ve made.

If you’re not continually being challenged to rise to new heights, you will become stagnant and stale as a person. If you’re not growing, you’re going backwards.

Alain de Botton once said, “Anyone who isn’t embarrassed of who they were last year probably isn’t learning enough.”

If you’re still the same person you were 12 months ago, what the heck have you been doing?

When was the last time you pushed yourself to exhaustion in a workout?

When was the last time you really learned something? And true learning is far different from acquiring information — learning involves a permanent change in how you see and act in the world. If you didn’t change, you didn’t learn. As Albert Einstein said, “The measure of intelligence is the ability to change.”

Rest and recovery are absolutely essential. But you won’t get the benefits from rest and recovery if you’re not truly pushing and expanding yourself regularly. Your rest will truly be sweet if you’re earning it through a life worth living.

Emotions Are The Key To Growth

If you’re not having regular transformational experiences, then you’re not stepping out of your comfort zone enough. Human beings are transformed through emotions, not logic and reason.

Tim Ferriss has said, “A person’s success in life can usually be measured by the number of uncomfortable conversations he or she is willing to have.”

Confidence is being fine with taking on challenges and situations in which you cannot predict the outcome. The reason people stay stuck is because they really like to predict how things will go.

Not being sure of outcomes freaks people out. Therefore, people live very predictable lives. They don’t go too far outside of their comfort zone. They veer far from awkwardness and potential embarrassment. They are caged by their emotions.

Confidence is organic, like a tomato plant. If you don’t use it, you’ll lose it. Confidence is like a muscle you must exercise and use, daily, to make stronger. Yet, the nourishment for confidence is both trying and succeeding. Just by trying, even if you fail, you’ll have gained confidence because you’ll have attempted something in which the outcome was not predictable.

Just as confidence is organic and ever-changing, so is your identity.

Your identity is not fixed. You don’t have some personality you were born with that remains the same. Like a garden, your identity is either becoming more polished and refined, or more entangled, confused, and distracted.

Your identity does not produce your behavior. Your behavior shapes your identity. You are responsible for who you become. You are the designer of your personality.

In the brilliant book, The Cult of Personality Testing: How Personality Tests Are Leading Us to Miseducate Our Children, Mismanage Our Companies, and Misunderstand Ourselves, author Annie Murphy Paul explains, using plenty of hard evidence, how personality tests — our Western obsession — are dooming us to failure.

Western thinkers are obsessed with isolated variables and fixed traits. We fail to realize the continually altering context that shapes and re-shapes those traits and variables. There are no permanent traits, but continually changing STATES.

Then why do we see such regularity in our behaviors and attitudes? According to Stanford psychologist, Lee Ross, “We see consistency in everyday life because of the power of the situation.”

Ross further posits that ultimately, it’s the situation and not the person, that determines things. “People are predictable, that’s true… But they’re predictable because we see them in situations where their behavior is constrained by that situation and the roles they’re occupying and the relationships they have with us.”

“I think the ability of the average man could be doubled if it were demanded, if the situation demanded.” — William Durant

Most people believe they have a fixed and permanent identity and personality. They overvalue and rely on such things as personality tests.

They don’t put themselves into situations of high demand that force them to become something fundamentally more and different than they currently are.

You can put yourself into a situation — mentally and physically — where the demands are high. This is a very potent cocktail for forward movement.

Internally, you need a white-hot WHY. As Friedrich Nietzsche wisely said, “He who has a why to live for can bear almost any how.” Thus, the advice to “live within your means” is actually quite terrible advice when taken to its logical conclusion. Rather than living within your means, you need to DECIDE what you need, then let the means come to you. They will come once you’ve fully decided what you seek. To quote Rumi, “What you seek is seeking you.” Once resolved and committed, “the universe conspires to make it happen” as Emerson put it.

Externally, you need a situation that has enormous demand. So much demand that the supply comes, both from you and from external factors. When you’re clear on what you want and why, magic happens. Dreams become realities. Faith becomes sure knowledge.

But where does this clarity and purpose come from?

Again, here Western culture generally has it backwards. The common belief is that inspiration creates action, when the opposite is more true.

Action generates the best thinking, because positive action creates inner confidence — which is the soil for positive thought.

Paralysis comes from analysis. As author and performance coach, Tim Grover, said, “Don’t think. You already know what you have to do, and you know how to do it. What’s stopping you?”

You know enough. The reason you’re mentally blocked, demotivated, and confused is because you’re not acting.

Create situations that FORCE you to act well. Situations of such extreme DEMAND that trigger both an internal and external SUPPLY to match the demand. When the why is strong, the how develops organically. The most clever and bold strategies come when the demand is high. Necessity is the mother of invention.

The WHY becomes strong as you act. You must act. That is where your freedom lies. When you act, the ideas will come. As you continue to act, more ideas will come. The bolder the action, the greater the shattering of subconscious patterns — opening the window for better and clearer thinking.

As you act, you’ll get an inflow of thoughts and ideas. You’ll then need to turn those ideas into tangible creations for the use and benefit of other people.

Put yourself in a situation that demands your greatest behavior. Then watch as a seemingly endless supply of intrinsic motivation and extrinsic help aids you.