Three Emotions That Can Help You Succeed at Your Goals

Willpower and grit aren't the best route to persevering at our goals and achieving success; the key is emotion. 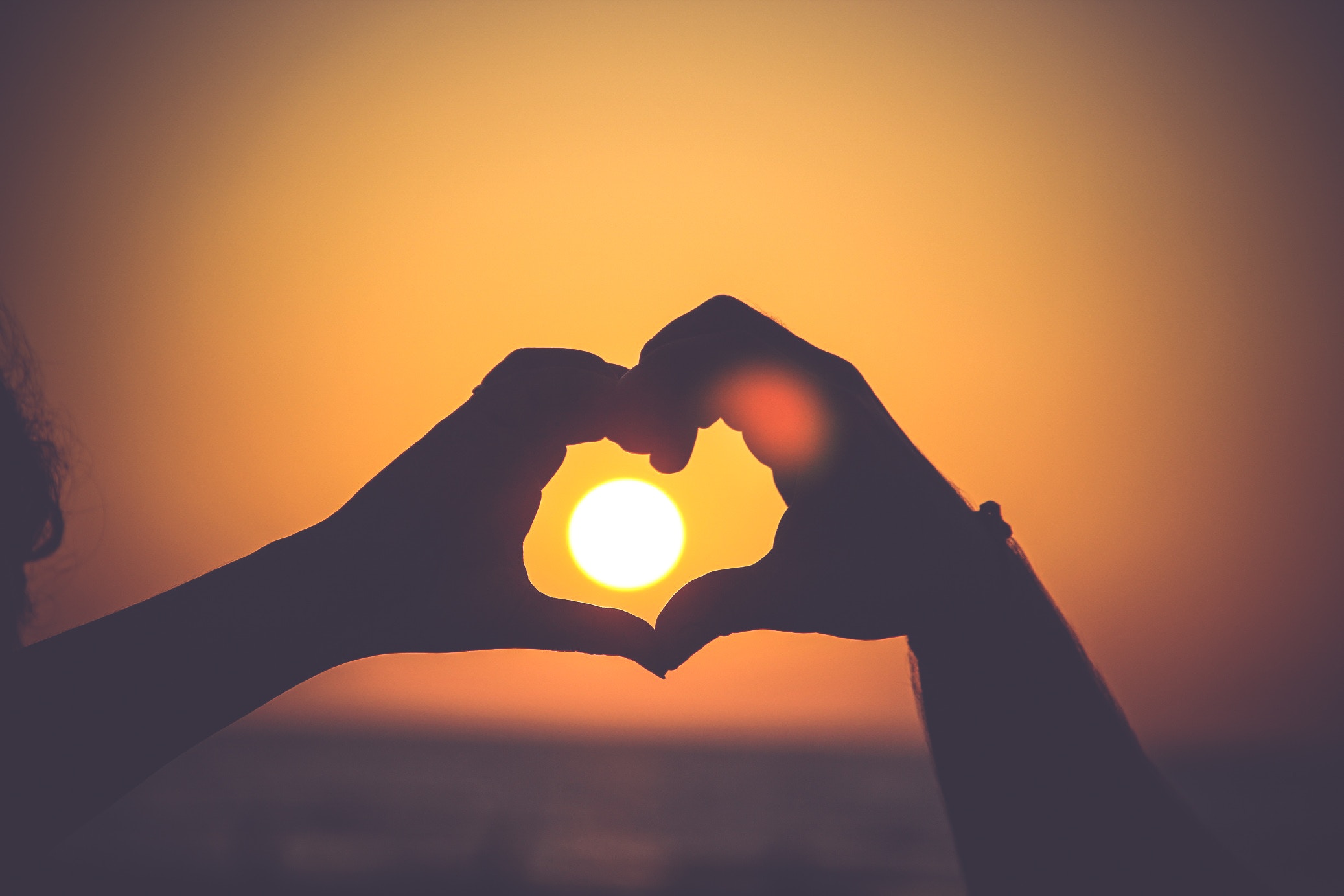 We’ve all wished for more willpower sometimes. If only we had more self-control, grit, or the ability to delay gratification, we would be more persistent in pursuing our goals.

But there’s a problem with this scenario: Willpower doesn’t usually work. Willpower alone can’t ensure that you’ll delay gratification or resist temptation to achieve your long-term goals. It will fail, and probably just when you need it most. 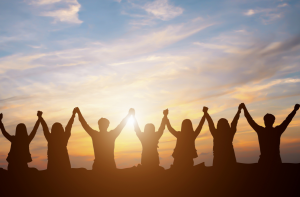 Some of you may have already discovered this to be true. Think of the diets you’ve started and stopped, the work assignments you put off to hang out with friends, or the extra beer you had when you wanted to stop at one. These are all instances when willpower failed you.

The problem is that when we are faced with choices between pleasure now and reward in the future, we will often choose the former. That’s because making hard choices is costly in terms of our cognitive resources: The more we have to resist temptation, the more primed we are to give in to it. And the more uncertain we are that our current efforts will pay off, the less likely we are to make the wiser decision. Sacrifice in the present works if future rewards are guaranteed, which they rarely are—and they seem even less so if you grew up in a difficult environment.

So what does help us?

In my new book, Emotional Success, I propose that you cultivate the positive emotions of gratitude, compassion, and pride. Why these emotions? Because they evolved to help us act in “prosocial” (kind and helpful) ways, effortlessly bringing out our better natures and encouraging a long-term view of our present-day actions. And these emotions have three advantages over reason, habits, and willpower: Their strength doesn’t wane after repeated use, they can’t be hijacked to favor immediate rewards, and they improve our decisions in different areas of life at the same time.

My own research has focused on how stimulating gratitude affects behavior, and I’ve found it to be very helpful for self-control.

In a study that was an adult version of Walter Mischel’s famous “marshmallow test,” we asked people to recall a time they felt grateful, happy, or neutral. We then asked them to make several choices of the form: “Would you rather have $X now or $Y in Z days (where Y was always greater than X, and Z varied). We found that feeling grateful almost doubled people’s self-control—they were more willing to wait for the future reward than those who were feeling happy or neutral. These findings mirror a more recent study showing a connection between daily gratitude and greater average patience and self-control.

Gratitude’s benefits for self-control also extend to being willing to sacrifice to help others. In one experiment, for example, we made some people feel grateful by having an actor come to their aid in solving a problem we had rigged in the lab. After leaving the lab, participants were asked to help out another person with a project that involved doing hard problems. Those who had experienced gratitude volunteered to persevere with the problems longer, in spite of not being watched or paying a price for doing so.

Gratitude leads to perseverance in other contexts, as well. For example, researcher Alice Isen found that doctors who were nudged toward feeling grateful were more willing to spend the time necessary for a proper reading of a patient file, which led to more accurate diagnoses. Other experiments have shown that gratitude helps people be more future-oriented and exhibit more self-control. And, unlike willpower, gratitude doesn’t require much effort—people seem to enjoy it.

How can you increase your gratitude? Keep a gratitude journal, where you write down and reflect on a few things that you are grateful for. Two or three times per week is enough, and it’s useful to reflect on smaller, more frequent things—such as a modest bit of help from a friend or coworker.

If you have problems being grateful—if you feel that your own hard work was responsible for any success you’ve experienced—try recalling events that were integral to reaching your goals. Maybe you had good mentoring early in your school or work career, or someone helped you financially, or you happened to be in the right place at the right time. Even luck, when reframed in this way, can lead to a feeling of gratitude.

While gratitude stems from realizing that others have offered us something of value, compassion is caring about others without having received benefits. Interestingly, compassion also has a prosocial side that seems to help us prepare for a better future—especially if we can direct it toward our future self.

In one study, researchers used face-modeling software to create older versions of young participant faces and then interviewed the participants about their goals in life while they were looking at either their current face or the older version. After the interview, they were asked how they would respond if handed $1,000. Those who had seen their future selves decided to save twice as much for a retirement fund as those who hadn’t (rather than spend it on immediate pleasures). What’s more, the motivation to save increased as the older versions of their face were made to look sad—a change that would induce empathy and compassion.

So compassion for our future self can help us make wise about difficult choices. More compassionate people also seem less reactive toward others.

In one experiment, participants who had played an economics game were given a chance to punish cheaters, and they did so aggressively—something that serves no purpose but vengeance. But if primed to feel compassion first—not for the cheater, but for another participant—they didn’t act out aggressively. This type of self-control stops the normal tit-for-tat that often spirals out of control and causes people to lose out in the long run.

Similarly, self-compassion—compassion directed at oneself—has been found to be motivating, too: Self-compassion results in greater perseverance when people have to solve problems, make moral choices, and face personal weaknesses, compared to simply feeling high self-esteem.

How do we encourage compassion? Meditation can be an effective way—particularly types that focus on compassion and self-compassion. Long-term meditation practice leads to more compassion, but even short-term training can produce a more compassionate response: In one study, participants were more willing to give up their seat to a person on crutches after eight weeks of meditation than those who were waiting to take the meditation class.

Similarly, experiences with other people where we synchronize our movements or goals—such as singing in a choir, dancing together, or competing together—can help build compassion for them. Simply trying to look for commonalities with others, as opposed to emphasizing differences, will go a long way. And, when you are struggling, it helps to show yourself compassion rather than shaming yourself for failures.

Though perhaps more nuanced than either compassion or gratitude, pride can also help us to achieve our goals—as long as it doesn’t turn to hubris.

Pride is a natural response to successfully accomplishing your goals and being recognized by others for your abilities. When it is authentic, it signals to others that you are a capable and reliable person, which is how it evolved in the first place—as a way to raise one’s status in a group. People with greater authentic pride tend to attain their goals and have higher self-control.

People who are induced to feel pride significantly increase their efforts working on difficult tasks, including the demanding job of being a salesperson. And recent findings showed that when people experienced pride, they reduced their discounting of future rewards in a manner similar to when experiencing gratitude.

But pride can have a downside: It can lead to arrogance if it takes the form of false pride.

We can encourage authentic pride in ourselves and others by recognizing the importance of a growth mindset: the belief that we learn from our mistakes and that effort matters. Praising others who show effort—rather than simply success—can help protect them against hubris, as well.

The real keys to success

While positive emotions like gratitude, compassion, and pride can encourage us to be more persistent in reaching our goals—and help us stay away from immoral behavior—they all have another benefit: nourishing our social relationships, which leads to more success and happiness. In fact, this is the primary reason socially oriented emotions that build self-control exist in the first place: They foster social connection, which often requires cooperation and self-sacrifice.

Cultivating these states in ourselves will increase our motivation to act in ways that benefit others, including our own future selves. So, if you really want to persevere, stop trying to push through with willpower. Instead, start practicing gratitude, compassion, and pride. You—and those around you—will be glad you did.