Three Secrets Of A Strong Mind 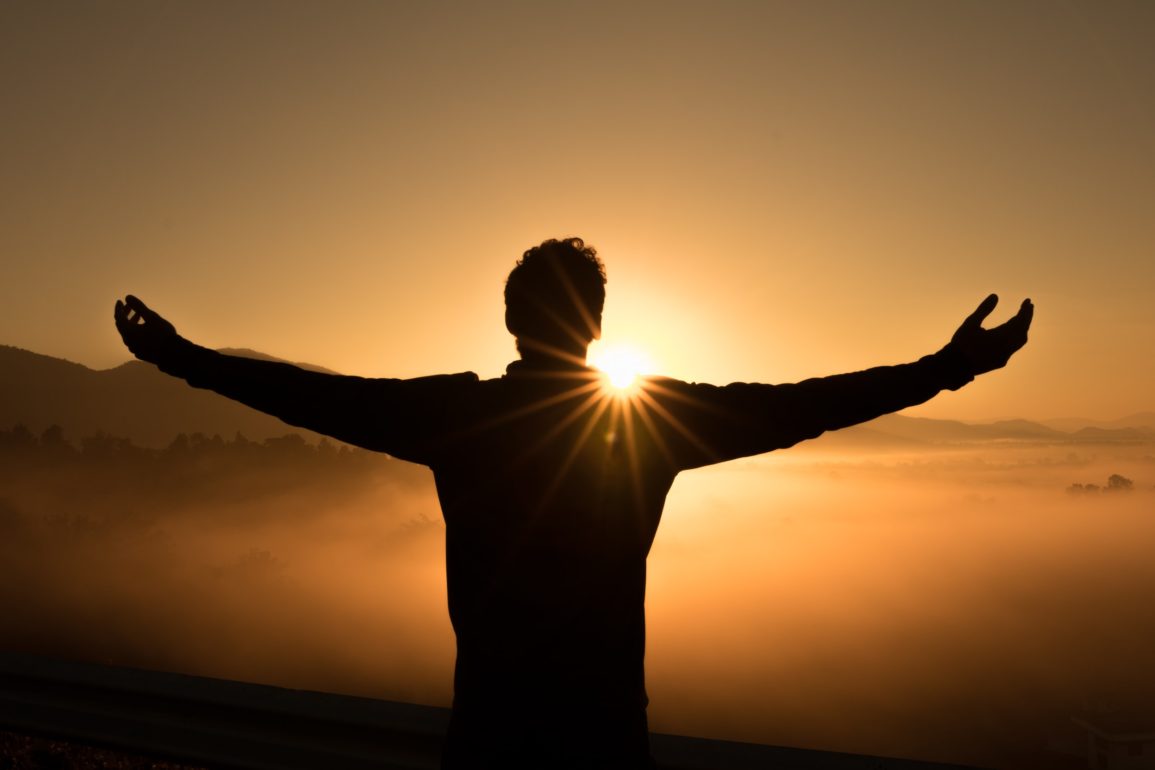 FBI agents who investigate knotty and complex cases—such as terrorism, cybercrime, and counterintelligence—need to develop a strong mind if they want to be successful.

Investigations like these don’t show up on an agent’s desk with directions on how to solve them. Instead, the investigation usually takes on more of a Hansel and Gretel approach—follow a string of crumbs that may, or may not, lead to another puny string of crumbs with lots of gaps from bird pickings along the way.

This sounds a bit like life itself—as the world has become more complex it’s become harder and harder to be insanely successful and spectacularly happy. Of course, it’s implied by self-help books and cheesy TV dramas that one necessarily leads to the other.

Or, maybe life was always hard and we’ve finally accepted the fact that following the crowd won’t distinguish us, at least not in a way that will give our life value and meaning.

If there is a first step to joy and contentment, maybe the answer is simple: develop a strong mind. Forget imitating our current harvest of superheroes if you truly want to maintain control of your own mind and not wilt like a pansy when the going gets tough.

The key to a strong mind is not really a secret at all—all that is required is that you pursue something of value. That’s the real secret sauce because so few of us take the time to really think about the things that are important to us. Our incredibly shrinking span of attention gobbles up whatever is easy and fast. It’s the McNugget approach to success and happiness.

Here are 3 secrets of a strong mind taken from the FBI playbook:
SECRET Number 1 Wise Use Of Willpower
Many people think of willpower in terms of self-control and self-discipline. To some, it might look like a 5:00 am wakeup call, 3-hour workout, fruit and nuts for breakfast, brussel sprouts for a snack, and abstinence from all alcohol. That, folks, is not willpower; that is capitulating to an inner demon that has turned them into a slave.

Such self-abuse isn’t sustainable if we don’t actually enjoy doing it. Reliance on willpower only works when we feel good about it. The old thinking about willpower being a limited resource is outdated. Current research confirms that willpower is only limited if we think it is.

Our attitude about self-control, self-discipline, and willpower determines how strong-minded we will become. The classic concept of willpower is the ability to deny ourselves—desires and emotions. And that’s a good thing to some extent. Otherwise, if left to our hedonistic instinct we’d all become narcissistic assholes.

If we rely on shame to keep us in line, though, we’re screwed. If our willpower is based on self-denial, we’re not creating a strong mind. Instead, we’re creating lumps of shame about our poor performance.

Not everything in life is going to be a Goldilocks experience. Complex FBI investigations can last for years, produce vast amounts of frustration, and anxiety, and deny agents several good nights of sleep. Just because we want something, doesn’t mean it will often feel like crap work.

The thing that gives people the willpower to continue is that we want the outcome. We desire it. We’ll endure the pain to get it.

For FBI agents, it’s the desire to see a scumbag in jail. For you, it might be something else but it had better be something you want and desire if you expect willpower to get you across the finish line.

How To Make It Work For You: The pain doesn’t go away, no. It’s just that the pain now has meaning attached to it. It allows you to move toward your purpose. And that makes all the difference.

Optimists believe their circumstances will change, and for the better.
FBI Agents are not optimists who hope or expect an arrest to go without a hitch—instead, they prepare for the worst and practice ahead of time.

When they do come across adversity, they don’t wait and hope things will change for the better. They adapt quickly to the new situation and remain flexible by choosing to remain positive so that they will find a solution.
There are lots of self-books happy to enlighten readers of the power of optimism and its dud of a cousin—happiness. Each book says the same thing: stay positive, focus on goals, ignore self-doubt (because you-can-do-it, you-can-do-it), and concentrate on what you want so you will eventually have it all magically fall into your lap.

We’ve now officially entered the age of “Me” and the narcissism that accompanies it, along with the “I’m the center of the universe, and if you doubt that, just ask my parents” attitude.

How To Make It Work For You:
1. Remember your brain is biased toward the negative in life because it wants to keep you safe from threats and the unknown.
2. Counter each 1 negative thought with 5 positive ones to counter the negativity bias.
3. Avoid the 3 P’s of pessimism (because you don’t want to go there, either):
Permanent (“It’ll never change or I won’t ever get it done.”)
Pervasive (“You can’t trust any of those people.”)
Personal (“It’s all my fault. I’m terrible at this.”)

SECRET Number 3 When In Doubt, Grit-Up
Jack Dempsey once said, “A champion is someone who gets up when he can’t.”

He was talking about perseverance and determination—grit.
Researchers like Angela Duckworth have found that grit is more predictive of success than IQ in military academies like West Point.

In fact, grit is unrelated, or even negatively correlated, with talent. When working with West Point cadets, she found that those who scored higher in grit had the mental toughness to keep going when times got tough. The high score on grit surpassed other tests such as SAT scores, IQ, class rank, leadership, and physical aptitude when it came to predicting retention rates.
We’ve been trained to avoid failure because it doesn’t feel good. What normal person welcomes the pain of failure? But people with grit have a slightly different attitude. They realize that failures are what provide a better understanding of what is necessary and essential for success.

It’s painful, and we don’t want to look like losers, but suffering through our fears and anxieties is what allows us to explore the components of perseverance, determination, and grit.

Grit is what keeps us moving through obstacles even when risk rears its ugly head. In his book, Thinking, Fast and Slow, Daniel Kahneman explains how human evolution has hardwired us to avoid risk. Every decision involves some level of risk and uncertainty about the future. We balance the risk and the reward before making a decision.

According to Kahneman, our brains would rather avoid risk than seek gain. Loss aversion is a powerful driver of behavior.

Grit requires a mindset that can calculate the risk of maximizing the opportunity in front of us. If we plod along and hope to see the light at the end of the tunnel, we remain focused on the future work that will be needed.
A person with grit takes into account what has already been done as well as what needs to be done in the future. For example, when I worked a case and flirted with the idea of closing it because no viable leads could be found, I’d take a long hard look at what had already been done on the case. Then compare it with what would be needed to move forward.

I’d realize that if I quit, I could never say “I gave it everything I had.” So I kept going. Most people who succeed have this mindset. Grit is the mental drive to persevere and endure suffering if they feel the reward it.

Grit can help us achieve great things through delayed gratification. It works primarily when we’re aware of 1) what we’re doing, and 2) why we’re doing it.

How To Make It Work For You:
– Face your fears
– Pursue work that has value and meaning for you
– Believe in something bigger, better, and bolder than yourself
– Establish strong relationships
– Challenge your brain
– Challenge your body
– Control your emotions and thoughts through meditation and mindfulness exercises