Tired Of Working So Hard Without Success? Learn How Top Performers Do Less And Achieve More 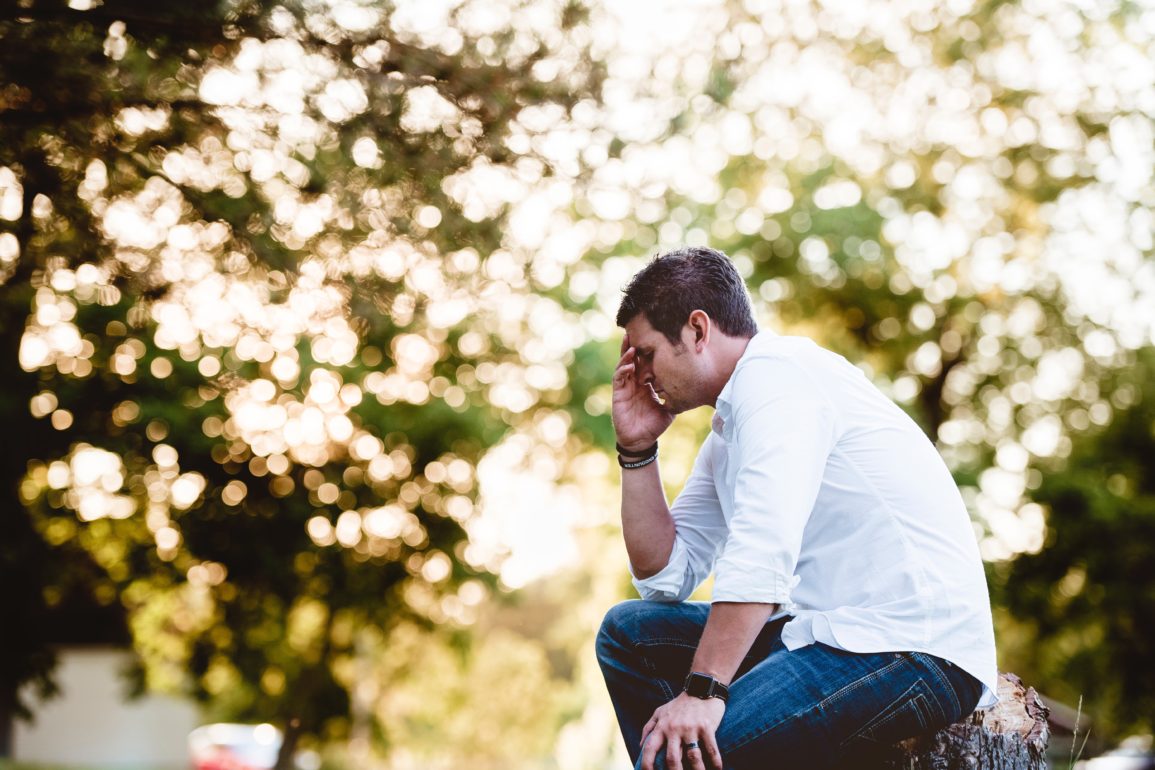 Thousands of professionals around the world long to be true experts in their fields, and to stand out through their experience, know-how and effort. Many of them attempt to do that by racking up hundreds of hours of extra time at work, thinking that if they work harder than their colleagues, and put in more effort, that they’re surely get ahead and achieve more.

But many of those same individuals wake up at a certain point in their life, only to recognize that this intensity of work hasn’t been beneficial at all – it hasn’t elevated them or catalyzed their growth, or even lead to greater success or reward. And it certainly hasn’t given them a greater quality of life, or a sense of deep meaning, purpose and true accomplishment that they’re longing for.

So what are they doing wrong?

To learn more about how to work smarter, I caught up with Morten Hansen, author of the new book Great at Work: How Top Performers Do Less, Work Better, and Achieve More. In the book, Hansen codifies the most actionable insights from his research into “Seven Smarter Work Practices” to show how we can work smarter instead of harder by selecting a few activities and applying intense targeted effort.

A management professor at University of California, Berkeley, Hansen is the coauthor with Jim Collins of the New York Times bestseller Great By Choice and of the highly acclaimed Collaboration. Formerly a professor at Harvard Business School and INSEAD (France), Professor Hansen holds a PhD from Stanford Business School, where he was a Fulbright scholar. His academic research has won several prestigious awards, and he is ranked one of the world’s most influential management thinkers by Thinkers50. Hansen was also a manager at the Boston Consulting Group, where he advised corporate clients worldwide.

His new book was named by Adam Grant as the 20 “new idea books” of 2018 on LinkedIn, and Washington Post’s On Leadership spotlighted it as a book to watch out for in 2018.

Kathy Caprino: Why do we often equate more hours worked with better performance, and how is this detrimental to our productivity?

Morten Hansen: We know that we must put in at least a fair amount of time and effort to achieve a goal, so in a commonsensical way, we assume that if we simply work longer hours and pile on more effort, we’ll achieve even more. In other words, we assume that hours worked and performance increase in a linear fashion. But that’s not true. As my research with 5,000 managers and employees showed, if you work between 30 and 50 hours per week, adding more hours on the job lifts your performance.

But once you’re working between 50 and 65 hours per week, the benefit of adding additional hours drops off. And if you’re working 65 hours or more, overall performance declines as you pile on the hours (these are averages and numbers may vary according to job and industry). It’s like squeezing juice from an orange. At first, you get a lot of liquid. But as you continue to squeeze and your knuckles turn white, you extract a drop or two. Eventually, you reach the point where you’re squeezing as hard as you can, but producing no juice. You would have done better just to leave the well-squeezed orange alone.

The upshot: you need to work hard (say, about 50 hours a week), but beyond that you reap no real performance benefit from adding more hours. Unfortunately, the “work harder” mentality is deeply engrained in modern work cultures, affirmed by bosses, colleagues, and experts alike. As a result, managers and employees seldom question it.

Caprino: Why do the highest achievers do less and “obsess” as you say?

Hansen: Doing less and “obsessing” allows you to avoid two traps that frequently snare people. First, there is the “spread too thin trap,” whereby you are doing so much that you can’t devote sufficient attention to doing any of your tasks well.

Secondly, increasing the scope of your activities leads to a “complexity” trap. Not only do you have to deal with each of these activities, but also with the interrelationships between them. Coordinating between activities requires mental exertion, rendering you less effective at each individual activity. Some studies have shown that switching between tasks can decrease your productivity by as much as 40%. In my study, 65% of people strongly or completely agreed that their organization was “very complex—many departments, policies, processes, and plans that require coordination.” The result is inferior performance.

Doing fewer things avoid these traps. Yet it also comes with a rather harsh requirement. You also have to obsess over the few activities you have chosen. Stellar quality requires both prolonged effort and a fanatic attention to detail. You simply can’t invest that kind of time and attention if you have too many work activities.

Caprino: The idea of “work smart, not hard” has been around a long time. What’s different now?

Hansen: The phrase “work smarter, not harder” has been thrown around so much over the past decade that it has become a cliché. Who wants to “work dumb?” But many people do in fact work dumb, because they don’t know exactly how to work smart. And I don’t blame them, because it’s hard to obtain solid guidance.

When I first began my research on performance at work, I scanned for existing advice on how to work smarter, and the picture I arrived at was incoherent and overwhelming. Every author seemed to say something different. Prioritize. Delegate. Keep a calendar. Avoid distractions. Set clear goals. Execute better. Influence people. Inspire. Manage up. Manage down. Network. Tap into passion. Find a purpose. The list went on, over 100 pieces of advice. Few offered data to back up their contentions.

My study of 5,000 managers and employees is one of the first to provide an evidence-based, comprehensive understanding of what allows individuals to perform at work. It yields a simple and practical framework of seven “work smart” practices that any of us can use to work at our best. These practices are largely counter-intuitive.

For instance, to perform at your best, don’t simply collaborate more, as many people think. Select just a few, high-value collaborations, and make the most of them. Likewise, don’t just follow your passion. Instead, combine passion with a strong sense of purpose on the job (that way, you’ll energize yourself and maximize the intensity of your efforts for each hour you work).

Overall, I think of these seven practices as akin to Stephen Covey’s The Seven Habits of Highly Effective People, updated to reflect the realities of work today, and backed by an unprecedented statistical analysis.

Caprino: So what have you learned about how top performers approach the job they are given?

Hansen: Most people who start in new roles adopt goals based on their job descriptions, and then start working toward those goals. The best in our study did something different. They started with an eye toward value, before they settled on goals. They redesigned their work, asking: “How can I create the most value in this role, for customers or others in the organization?” That may involve doing things that no one had thought of, or ditching conventional tasks of little value. Once they have redesigned work to maximize value, then and only then do they draft specific goals. First value, then goals.

Caprino: What have you found to be wrong with the popular idea that it takes 10,000 hours to master a skill?

Hansen: The idea that it takes 10,000 hours of practice to master a skill is misleading.  One year of practice repeated in the same way for ten years doesn’t make perfect. Rather, a certain kind of practice makes perfect—what Professor Anders Ericsson and his colleagues have called “deliberate practice.”

Individuals who progress the most meticulously assess outcomes, solicit feedback based on known standards of excellence, and strive to master tiny flaws that the feedback has uncovered. This purposeful and informed way of practicing explains why some learn at a much faster rate than others.

Deliberate practice has allowed people to achieve stellar results in pursuits like sports, music, chess, and spelling bees, so you would think that legions of employees in the working world would rely on this approach to master their job-specific skills. Yet most individuals don’t. Experts haven’t articulated how people can use a continuous learning technique like deliberate practice in their daily work. And most organizations aren’t geared to supporting such techniques.

As a result, people conduct meetings or give presentations or make sales pitches just as they’ve always done. They become “good enough,” but not great at work. As my study found, employees and managers who deploy a modified version of deliberate practice on the job — what I call the “learning loop” — performed better than those who don’t.

Caprino: Finally, tell us what you believe about following your passion and why that’s wrong?

Hansen: “Follow your passion” really implies that you should let passion dictate what you do, regardless of other considerations. Otherwise, you’re not really following your passions. That approach, unfortunately, can lead people astray. As many a failed actor in Los Angeles will tell you, following your passion can lead to unemployment. But what’s the alternative? Ignoring your passion isn’t so great, either. It leads people to plod along, doing dull, empty work to earn a paycheck.

My study of 5,000 managers and employees turned up a third option, what I call “matching.” Some people pursue passion in navigating their careers, but they also manage to connect this passion with a clear sense of purpose on the job — they contribute, serve others, make a difference. They have matched passion with purpose.

My statistical analysis of 5,000 people shows that people who match passion with purpose perform much better , on average, than those who lack either purpose or passion or both.

The key therefore is to take steps to infuse your work with both passion and purpose, and in many cases, people can do that while remaining in their present organizations.