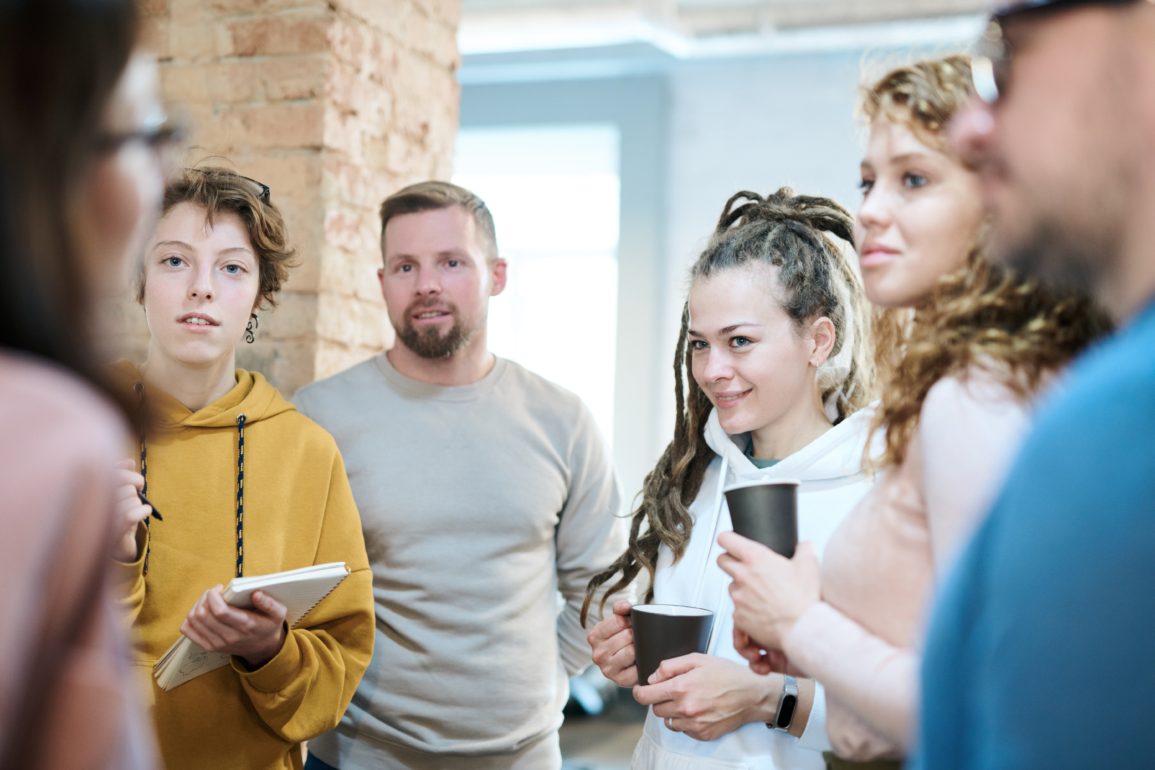 In 2005, when I was in grad school at Michigan, one of my classmates sent a cold email to Malcolm Gladwell. He was coming to Ann Arbor for his Blink book tour—would he be willing to meet up with a group of students and faculty?

Gladwell kindly agreed to join us for dinner. We had a fascinating discussion about fighting racial and gender biases, and about the underestimated role of luck and opportunity in success.

Not long afterward, when I boarded a flight to San Francisco for a conference, I saw that unmistakable mop of curly hair poking up over a seat. I didn’t say a word—I didn’t want to bother him. And that was the end of our relationship.

Until eight years later, when I opened the New York Times and saw an interview with Gladwell naming me as one of his favorite social science writers. He had read one of my research articles and ended up quoting it in his new book. Before I would’ve been just another reader clamoring for his attention. Now I was a psychologist who had something to say that intrigued him. And that was the beginning of a friendship.

Networks are critical to success, but you don’t have to be a savvy schmoozer to build them. In a New York Times op-ed this weekend, I argue that many people view networking as the path to accomplishment, forgetting that accomplishments make it easier to network.

One of Mark Zuckerberg’s most pivotal early connections was Sean Parker, who opened the door to Facebook’s first investments. But Zuckerberg didn’t reach out to Parker; he got a cold email from Parker, who had seen thefacebook.com on his roommate’s girlfriend’s computer. Zuckerberg started building his own social network indirectly by building a website for social networking.

When you create something exciting, you don’t have to rely on charisma or name-drop mutual acquaintances to get your foot in the door. The door opens to you. Sponsors, mentors, investors, and collaborators gravitate toward people who demonstrate potential, and a portfolio is a stronger signal than a promise. Look at the evidence: if you’re an inventor, each patent increases the probability of a new collaboration by 44%. If you’re an entrepreneur, releasing more products than peer companies nearly triples the odds of getting initial funding from a high-status investor. Unless they’ve worked with you in the past or know you really well, investors expect proofpoints of progress—like users trying your product and coming back for more, or customers paying actual money for your product.

It holds in any kind of job, for bankers and healthcare workers and engineers and scientists. If you’re a star performer or an expert, people are more likely to notice you and talk about your work, and they’re more likely to help you. It’s a chance to build a relationship with you, to prove their skills and earn your respect. You’ll rack up more requests to collaborate, more invitations to dinners and conferences where interesting things are happening.

It’s been true for ages. Remember Paul Revere’s famous midnight ride to warn revolutionaries that the British were coming? It was effective because Revere knew the right doors to knock on. But how did he build that network? By becoming a master goldsmith—he started his apprenticeship at thirteen, and influential people came to him for silverware and engravings.

It’s a lesson I keep learning in my career. When I wrote my first book, Gladwell was one of the people who helped draw attention to my ideas. Another was Ashton Kutcher. Although we met in a group meet-and-greet when he came to give a talk at Wharton, we didn’t make a personal connection; he didn’t know me from Adam then. But the following year, he read my book after it was gifted to him by someone he trusted. He was generous enough to recommend it—and my next one—to his fans.

If you’re spending more time networking than working, you’ve got it backwards. Produce some worthwhile work first, and you’ll be in a better position to build your network.